Who is Sabrina Carpenter dating?

Sabrina Carpenter, the star of the Broadway production of Mean Girls, recently revealed that the quarantine has had a significant impact on her personal life. Locked up in her house with no way to visit the people she cared about, she felt completely alone. She does, however, anticipate returning to her “normal life” in the near future.

Sabrina Annlynn Carpenter was born on May 11, 1999, in LeHigh Valley, Pennsylvania, to Elizabeth and David Carpenter; her older sisters are Sarah, Shannon, and Cayla. Her father assisted her in starting her own YouTube channel when she was nine years old, where she posted her singing videos featuring renditions of Taylor Swift, Christina Aguilera, as well as Adele’s songs.

Sabrina Carpenter is a global celebrity who continues to dazzle her fans with new music and acting. She is obviously busy, which has aided her in achieving her current level of popularity.

Who is Sabrina Carpenter dating?

Sabrina Carpenter’s love life has been dissected since she was publicly outed. Over the years, the Girl Meets World actress has been associated to several other men, and it’s hard to get rid of which ones were true and which were just rumours. She is forthright about her affection for her friends, but she keeps her romantic life a little more discreet.

Check out below to see who Sabrina Carpenter has dated in the past and what happened between them.

Carpenter may have started dating fellow Disney star Bradley Steven Perry as early as May 2014, according to Carpenter’s Girl Meets World co-star Rowan Blanchard, however it’s unclear when they started dating. However, it took over a year for the couple to go public with their romance on Instagram. During an interview, Carpenter even recounted how Perry first asked her out with a message in a bottle. Carpenter described it as “a really creative approach to ask someone out.” “It was like in the pirate movies, where they put letters in small bottles and send them across the ocean, and he did the same thing with one of those. It was adorable.”

They used to post pictures of their trips together on Instagram when they were dating, and they did everything from visiting Disneyland to spending Christmas with each together. However, breakup rumors began to circulate in August 2015 after Carpenter’s father allegedly unfollowed Perry on several social media channels, leading fans to believe the couple had broken up.

Fans suspected they were dating after the singer joined Bradley and his band, The Vamps, on tour in 2017 and shared a slew of adorable photos with them on social media. But, as it turns out, they were never a couple!

To Seventeen, the blonde beauty shot down reports that they were dating, saying, “We simply disregard it.” First and foremost, I was completely unaware of the situation. Bradley isn’t extremely active on social media, either. I believe we simply attempt to live as close to reality as possible.”

Fans instantly began shipping them when they co-starred in Girl Meets World. We’re sorry to break it to you, but as adorable as they were together, the two stars were never more than pals. In an Instagram post from 2018, Sabrina addressed the allegations that they were dating.

The actress wished Corey a happy birthday. “You’re a wonderful friend, and I’m privileged to know you rather than date you. Thank you for being there for me despite the fact that you are not dating me. I adore you to bits. Platonically.”

Despite the fact that Griffin Gluck did not play co-star Carpenter’s love interest in Tall Girl, there was no denying their on-screen connection. Fans speculated whether the two were dating after Gluck published a photo of their matching Halloween costumes on Instagram a month after the film released on Netflix in September 2019. She later shared photos from the event on Instagram. They also attended a 2020 Golden Globes party together. Carpenter’s agent confirmed to Bustle that she and Gluck ended their relationship in August 2020 after less than a year of dating.

After they were pictured together at a Black Lives Matter event in July 2020, fans speculated that they were dating. Then, a month later, Just Jared Jr. released paparazzi photos of the two having lunch together in Los Angeles. Following a period of silence regarding their reported romance, the two began posting videos of themselves dressed as Shark boy and Lava girl on Halloween in 2020, fueling courting rumors.

After a fan published images of them both on Twitter in January 2021, the rumored pair was spotted together in Park City, Utah. Following that, Olivia Rodrigo, Joshua’s reputed ex, released a song called “Driver’s License,” which fans believe is about their relationship. Sabrina’s song “Skin,” which some believe is a response to Olivia’s hit, seems to confirm their relationship.

Carpenter was photographed having lunch with Bassett in L.A. in August 2020, not long after she and Gluck apparently parted up, according to Just Jared Jr. They were most recently seen spending time together in Park City, Utah in January 2021.

Lastly, Carpenter has yet to comment on her current supposed romance, but given her track record, we expect her to keep fans guessing for quite some time. They are public images, she is too, but that doesn’t mean that we need to dissect her private life even more. She deserves peace for herself and her life. Of course, time will tell and we know fans have always wanted her to be happy. For now, let’s just support her career and every activity she has now and will be having in the near future. She will and must be proud of her loyal fans who are always show their undying support and know how to respect. 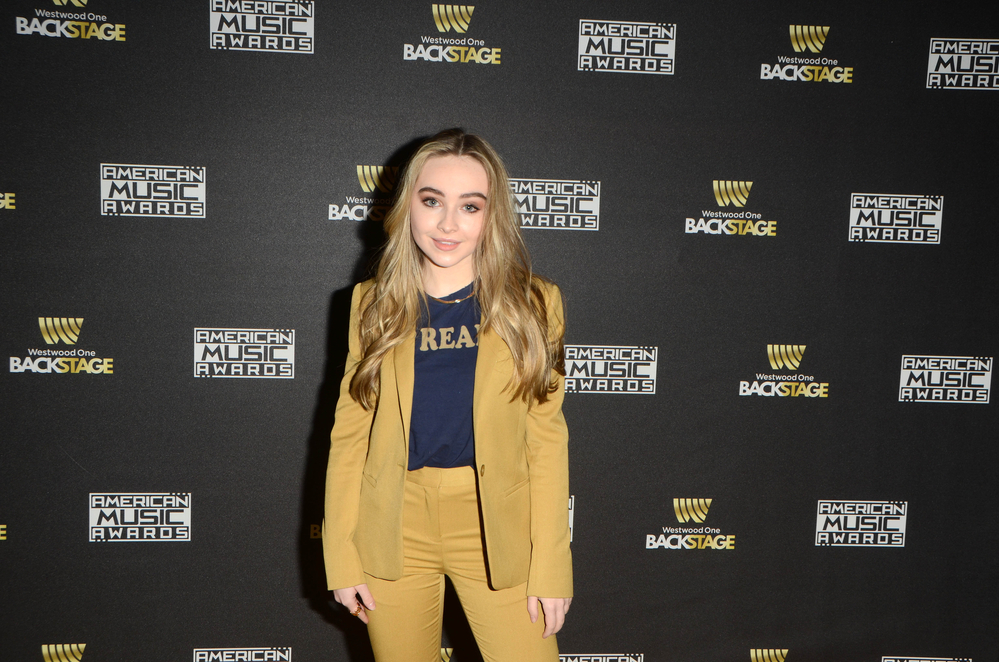