Who is Lady Gaga dating?

You know why you’ve come here, you admire Lady Gaga, and maybe even stan her, but for some reason, you can’t keep track of all the individuals she’s dated since her meteoric run of success. She has been a pop music staple since 2009, and because a large part of her career is theatrical see: the iconic meat dress—it’s been frustrating to deal with who she’s seeing at any one time.

Mother Monster is still on the lookout for the ideal partner. She has been in a number of significant relationships since her rise to fame, but she has yet to find The One.

What is she famous for?

Stefani Joanne Angelina Germanotta, better known as Lady Gaga, is an American pop singer, songwriter, and actor. Her debut album, named “The Stardom,” was published in 2009, and it was the catalyst for her rise to fame. Due to her unique and provocative image, she immediately made a name for herself.

She is almost as well-known for her avant-garde style and fashion experimentation as she is for her music. She is one of the best-selling musicians in the world, and she has received numerous prizes and recognitions during her career, including an Academy Award, a BAFTA Award, two Golden Globe Awards, nine Grammy Awards, and the Council of Fashion Designers of America’s awards as well as acknowledgment.

She is the only individual to win an Academy Award, a Grammy Award, a BAFTA Award, and a Golden Globe Award all in the same year. She is well-known for her work on LGBTQI issues and is the founder of the Born This Way Foundation, a non-profit organization.

Over the last few years, there’s been a lot of speculation about Lady Gaga’s personal life. The singer rides a narrow line between being tight-lipped and astonishingly honest with her fans, from her conspiracy theory-filled 2019 awards season to her Instagram debut with her latest partner, Michael Polansky. As a result, her relationship history requires a significant amount of deciphering.

Allow us to dissect her previous relationships, beginning with Stefani Germanotta and ending with Mother Monster.

Who has Lady Gaga Dated?

They began dating in 2005, when Lady Gaga was still Stefani Germanotta and walked into Lüc Carl’s New York City pub, St. Jerome’s. Starting in 2005, when her career as a singer was just getting started, the two dated on and off for six years.

In 2010, Lady Gaga’s ex-boyfriend Lüc Carl returned to the fold. “I’ve honestly never loved anyone like I loved him. Or like I love him,” Lady Gaga said in an interview with Rolling Stone. The two broke up in 2011 and Lady Gaga wrote the song “Yoü and I” about it.

They were briefly linked in 2008, when Lady Gaga was linked to Los Angeles designer Matthew Williams. He’s spotted with the singer in a car as she arrives for the 52nd Grammy Awards.

The pair agreed to put their emotional connection on hold in order to concentrate on their professional partnership. “Dada is quite bright, and we were wild lovers,” Lady Gaga told the Evening Standard in 2010. But she stopped it when they discovered what a great creative connection we had.  From 2008 through 2010, Williams was the creative director of Haus of Gaga.

Lady Gaga meets Taylor Kinney on set the singer met Kinney, an up-and-coming actor, on the shoot of her music video for “Yoü and I.” Kinney was cast as her love interest.  They had a nice time. He thinks there was chemistry,” Kinney said. “We were filming till 4 or 5 a.m. or something like that. We swapped information. A few weeks went by and we maintained contact, and then that was it.”

They made a rare appearance together at NBC’s 71st Annual Golden Globe Awards after party in January 2014, after keeping their romance primarily under wraps.

On Valentine’s Day 2015, Kinney proposed to Lady Gaga. The actor gave the Queen of Pop a diamond ring in the shape of a heart, which he fashioned with the help of jeweler Lorraine Schwartz.

Lady Gaga announced on Instagram that she and Kinney had decided to cancel their engagement after five years together, something no one anticipated coming. They have always believed that they are soulmates. Just like all couples, they have ups and downs, and they have been taking a break. They are both ambitious artists, hoping to work through long-distance and complicated schedules to continue the simple love they have always shared. A month later, he escorted her to Houston, Texas for the Super Bowl, where she would sing at halftime.

Lady Gaga and her new talent agent boyfriend, Christian Carino, were first seen together at a Kings of Leon concert in January 2017. A month later, he escorted her to Houston, Texas for the Super Bowl, where she would sing at halftime.

In late January, Lady Gaga and Carino were photographed at the Screen Actors Guild Awards, which was their final public appearance together.

Lady Gaga stirred interest in her personal life once again as she was photographed leaving a Las Vegas club with an unidentified man on New Year’s Eve. Gaga revealed her connection with her new beau, entrepreneur Michael Polansky, on Instagram after they were spotted spending time together in Miami.

Gaga and Polansky were both in attendance during Joe Biden’s inauguration. At the ceremony, Gaga performed “The Star-Spangled Banner.” The duo was photographed, and they managed to sneak a kiss while wearing their masks. 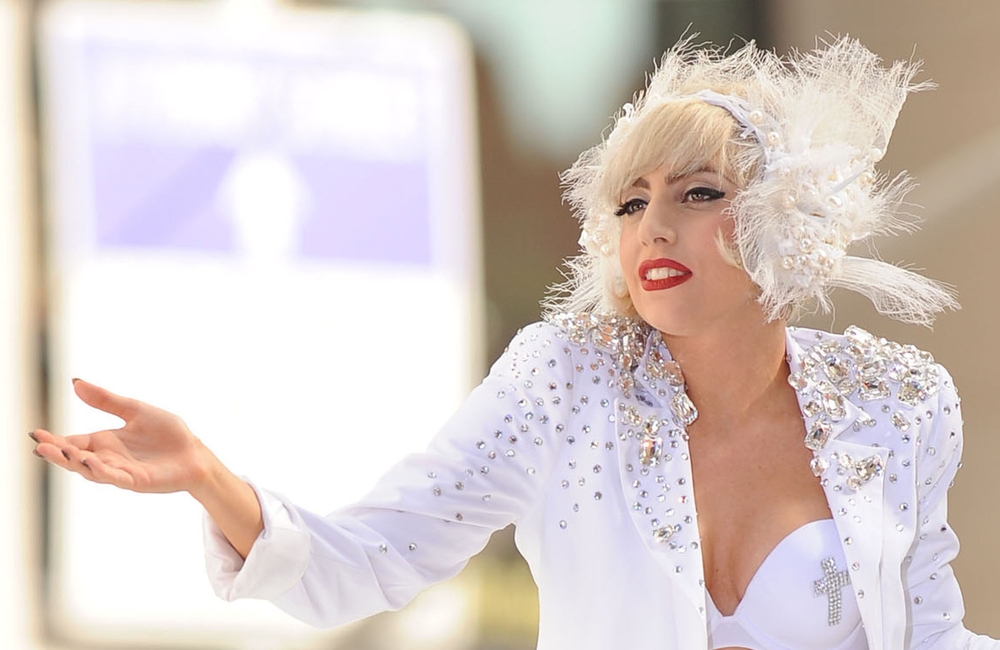