Who is Billie Eilish Dating?

American singer and songwriter Billie Eilish is now a pop sensation by means of her unique musical and fashion tastes and songs like “Ocean Eyes,” “Bad Guy” as well as “Therefore I Am.”

Billie Eilish has instantly become one of the most talked about singers throughout the world. You may have been hearing and seeing the name Billie Eilish recently — and it’s not surprising given she recently won several Grammys and is set to go on a world tour. Although the young singer with the multicolored hair and loose clothing is taking mainstream music by storm, you may not know much about her though.

In January 2020, it was reported that she had become the youngest artist to compose and perform the title track for a James Bond movie. The gloomy song “No Time to Die” arrived, when the film of the same name was delayed by the Covid-19 epidemic, and became her first single to reach the top position in the U.K.

It seemed like she just burst into the music world, yet she’s already sweeping over. 2021 is only getting started and she is already making it her greatest year ever. With the publication of her documentary, four Grammy nominations as well as a potential forthcoming album in the works, she is poised to surpass all she’s previously done. We’re only starting to know her, but she’s already given up so much about her music as well as personal life.

Eilish began earning her first big honors in 2019 when she won victories at the MTV Video Awards as well as American Music Awards and was awarded Billboard’s Woman of the Year. However, her pivotal breakthrough came at the January 2020 Grammys, when she became the first woman as well as the second artist overall to sweep the “big four” categories of Album of the Year, Record of the Year, Song of the Year and Best New Artist, including Best Pop Vocal Album for good measure.

Eilish received two prizes at the 2021 Grammy awards, including Record of the Year for “Everything I Wanted.”

Eilish became renowned for her baggy clothes, a style that sprang from her uneasiness with her physique and aided her attractiveness as the contrast of the polished pop superstar. With the debut of her online store, Blohsh, in early 2018, she satisfied the demand for her trademark clothing and created her own niche in the fashion industry by signing with Next Models later that year.

Is she dating someone?

Billie Eilish, who is known for her song “Xanny,” seems to be in love. The pop singer, who recently shocked the world with a stunning new appearance on the cover of Vogue, has found a new way to make headlines, this time about her personal life, but who is the lucky boyfriend she’s said to be dating?

The singer spoke out about her extremely intimate relationship with rapper Brandon Quentin Adams, nicknamed Q, and revealed why they split up after dating for less than a year.

Since bursting into the limelight, fans have been curious about her relationships.

Who has Billie Eilish Dated?

The dating allegations started when the “Xanny” singer was seen getting a cup of coffee as well as cuddling with Matthew Tyler Vorce in Santa Barbara over the weekend, and her fans freaked out right away. Can this imply that their favorite pop singer has found a new lover? And, given his age, many of them believe this is not a great idea.

The young singer is renowned for keeping her personal life, especially her romantic relationships, private. She had only before revealed her relationship to the public when she had a short affair with Brandon Quintin Adams, better known as Q, who dated the singer in 2018. Her documentary The World’s A Little Blurry gave viewers a peek into their relationship.

Her decision to keep her personal life hidden from the public eye makes her fans all the more curious about the “Xanny” singer’s existence. Fans were convinced that she and Matthew Tyler Vorce were dating when photos of them walking her beautiful dog Shark were uploaded, particularly when one shot showed her laying her head on his shoulder.

While many people were ecstatic to hear that they were dating, their reported relationship has also been greeted with a lot of backlashes from others who thought their age difference was a bit too much for their taste. After all, the actor is more than 10 years older than Billie Eilish, who is still a teenager.

Billie hasn’t confirmed if she’s in a new relationship, but her mother Maggie and brother Finneas all follow Matthew on Instagram, and he follows them back, so they might’ve been dating for a long time! It’s unknown how long they have been dating, and neither of their managers has spoken on the matter.

After less than a year together, they called it quits. It’s unclear how they met, but they began dating towards the end of last year. She even showed up on the 24-year-old rapper’s Bleaupro album cover. She even stated that she wasn’t happy, in an Apple TV documentary on her heartbreak after their breakup. Also, she doesn’t think you should be in a relationship where one person is ecstatic about things the other doesn’t care about.

Did Billie Eilish have a relationship with Justin Bieber?

Due to their very tight relationship, many people have wondered if Billie Eilish and Justin Bieber are romantically connected. Justin, who is married to Hailey Baldwin, took the young singer under his wing throughout her musical endeavors, but the two have never been more than pals.

Billie has always praised the ‘Yummy’ singer and praised him for being an inspiration to her. She hasn’t been linked to anybody else and prefers to keep her personal life private.

What did Billie have to say about dating?

In September 2020, Eilish discussed how she plans to keep her love life secret.  She really wanted to keep her relationship private, said it on the radio program in the UK, she thought about the people who have made their relationship status public and also questioning herself, “What if it goes bad?” 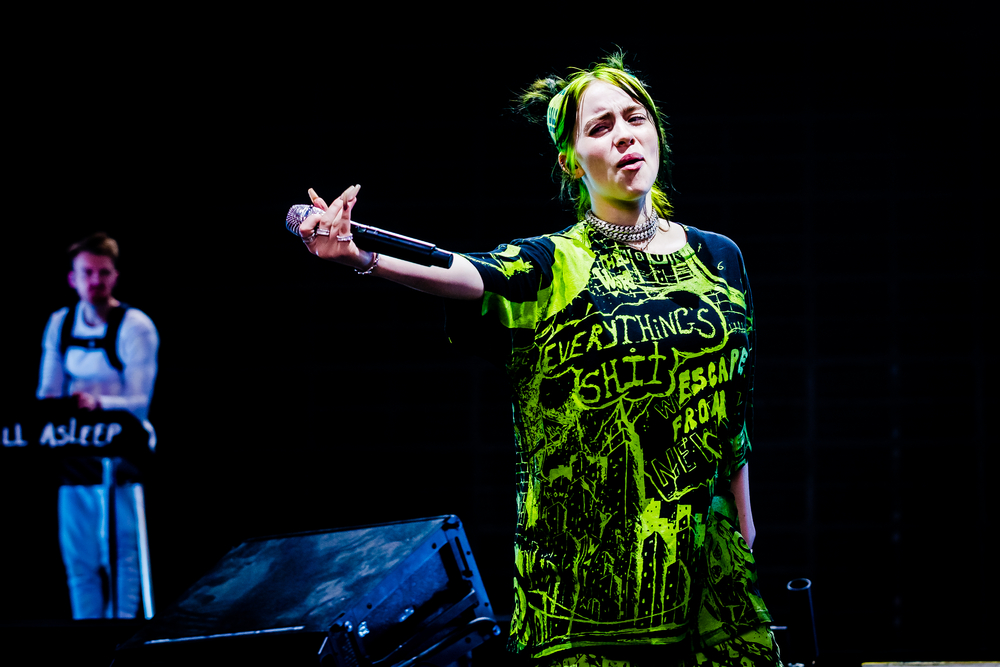