Who is Cardi B dating?

Cardi B is a well-known American rapper, artist, and social media sensation. She rose to prominence after appearing on the VH1 reality show Love & Hip Hop New York. She rose to prominence after releasing her first solo track, “Bodak Yellow,” which reached the top ten on the Billboard Hot 100 chart in the United States. She became an Internet sensation after numerous of her Vine and Instagram posts and videos went viral. She has been nominated for two Grammy Awards, a Billboard Music Award, two BET Awards, and three MTV Video Music Awards.

Cardi B frequently updates her social media accounts with information about her music and personal life. She has over 3 million Facebook fans and over 736,00 Twitter followers. Furthermore, she has a massive fan following on Instagram, with 8.5 million followers.

Cardi B was born in the Bronx, New York City on October 11, 1990. Her citizenship is American. Her mother was from Trinidad, while her father was from a Dominican family. She grew up in the Bronx alongside her sister, Hennessy Carolina. She spent a lot of time in nearby Washington Heights with her grandmother. She joined the Bloods street gang when she was only 16 years old. Her ethnicity is mixed, and she was born under the sign of Libra. Belcalis Marlenis Almanzar is her full name.

In terms of schooling, she attended Renaissance High School but was unable to complete her studies owing to poverty. She later returned to school but had to quit due to her employment and abusive relationship.

Cardi is making a fantastic living from her career. As of 2018, her net worth is believed to be $600,000 USD. She is content with her earnings. Her pay is yet to be determined. Her followers have no question that she is well compensated for her efforts. Her earnings allow her to live a luxury lifestyle.

The popular star hasn’t been linked to many past lovers, but there is one thing they all have in common: they’re all in the hip-hop business, much like Cardi. Keep reading Cardi B’s dating history below—who is Cardi B dating or has dated in the past, long before her marriage to baby daddy Offset.

Cardi met DJ Self (who was also a cast member) on the reality TV show, Love & Hip Hop when she was trying to get famous. He was one of the most popular DJs in New York City at the moment, and Cardi was getting to know him while also becoming intimate.

He wasn’t a single lady kind of guy, but Cardi let it go so he could play her tunes on the radio. She ended their affair when she realized he wasn’t going to do it.

The WAP rapper afterward slammed him in the press, accusing him of stealing her rap style for his female protégé, Dreamdoll, the label’s first female signee.

In 2018, rapper King Yella made a diss track (Cardi B Truth) in which he claimed to have slept with Cardi in 2015. He also created an Instagram account, and his first post was a photo of himself hugging the rapstress from years ago.

Cardi, on the other hand, had had enough of the ongoing antagonism and contacted Yella to clear things up. He then posted a screenshot of their Facetime call to his Instagram account.

Cardi met Tommy during her ascent to popularity on Love & Hip Hop. He assisted her during the creation of her first studio album, with most of her early tracks appearing to be about the rapper himself. In 2016, she expressed her love for her partner by uploading a photo of them on Instagram with the message, “I think I’ll die for you, I think I’ll lie for you.”

Later that year, when Cardi’s career took off, the couple announced they were quitting. It’s a good thing they did since Tommy was arrested, released, and then arrested again for running over a father and his eight-year-old son before slashing the man and driving away.

Cardi met her soulmate, Offset, the frontman of the popular rap duo Migos, in 2017. Their first date was at the Super Bowl, and their romance has taken off since then. Offset proposed onstage on his tour in 2017 with an 8-carat ring, but the couple had secretly married months earlier in a private ceremony.

When Offset’s iCloud account was hacked in 2018, a series of videos of him with other ladies were leaked. Following reports of the couple’s breakup, Cardi astonished the world by confirming that she was expecting Offset’s child. The couple welcomed their daughter Kulture into their lives in 2018 but separated a few months later.

Cardi filed for divorce in 2020, claiming that the marriage had drifted apart, but their divorce case was rejected and the couple worked things out privately.

Cardi B announced during the BET Awards a year later that she was expecting her second child with her hubby, proving that love conquers all!

This Samuel’s identity is unknown, but we do know that he was significant enough for Cardi to get his name tattooed on the back of her neck in 2020. Cardi remarked on the Ellen DeGeneres Show, “I got, like, three different males tatted on me. You know what I’m saying?” They have to leave!”

Cardi’s popularity and diamond-certified selling single (Bodak Yellow) were entirely due to Kodak’s inspiration, and to commemorate the occasion, he got a special diamond bracelet for his companion.

Of course, many fans interpreted this wonderful gesture too far, assuming that there was anything more to their connection. The rumors ultimately cooled down, and it was revealed that these two were simply wonderful label mates. 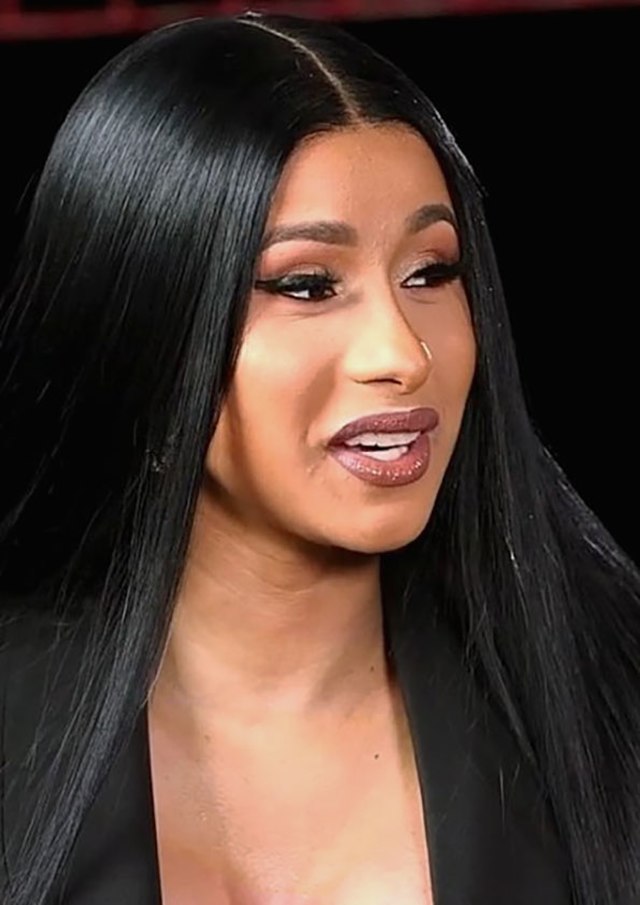