Who is Tiffany Haddish dating?

Tiffany Haddish is indeed an actress, comedian, and author from the United States. She is most recognized for her work in TV shows like “If Loving You Is Wrong” and comedies like “Girls Trip.” She was born in the city of Los Angeles in the state of California. She grew up in a shattered family and had a terrible upbringing. She found solace in comedy and used to compete in drama competitions to escape the emotional turmoil she was experiencing. With time, she realized she wanted to work in the entertainment industry.

She pursued many odd jobs before finding fame as a performer, including a spell as a customer service executive for Alaska Airlines. She made her film debut in the film “The Urban Demographic,” in which she played a minor role. She also appeared in a number of TV shows as a guest star, including ‘That’s So Raven’ and ‘My Name is Earl,’ before landing her first major part in the serial opera ‘If Loving You is Wrong,’ which followed five married couples living on the same street. She was born with the ability to act and was able to establish herself as a well-known TV actor in just a few years.

Her key performance in the film “Keanu” is one of her most notable achievements on the big screen. Jordan Peele, Keegan-Michael Key, Jason Mitchell, and Will Forte all appeared in the picture, which was directed by Peter Atencio. The picture was a moderate commercial success and received positive reviews.

Her success in the comedy film “Girls Trip” was pivotal. In addition to Haddish, the film was directed by Malcolm D. Lee and starring Regina Hall, Larenz Tate, and Mike Colter. The picture, which was made on a $20 million budget, was a commercial success, grossing more than $140 million. The critical response was also overwhelmingly favourable. Haddish’s performance earned her a slew of prizes and nominations.

Who has Tiffany Haddish ever dated before?

She is notorious for not holding anything back, so it’s odd that she hasn’t revealed more about her personal life to her followers. Tiffany has confirmed her current relationship with rapper Common after months of dating rumors, and it’s evident that she’s already smitten. But who else has had the good fortune to fall in love with the beautiful and humorous lady? Tiffany’s previous suitors over the years, based on what she’s given in interviews and her 2017 memoir, The Last Black Unicorn, range from an alleged hookup pal from the early 2000s to a marriage with a less-than-happy ending. Warning: her connection with Common is by far the most adorable.

To learn more about the men in her life, please scroll down.

Tiffany eventually confirmed her relationship with Common during a July 2020 visit on the Wild Ride with Steve-O podcast, after months of dating rumors. The comedian stated, “I am in a relationship.” The couple reportedly met on the set of The Kitchen, a 2019 film in which Tiffany portrays the widow of a gangster and Common plays an FBI agent. “I guess he was like my love interest,” she continued. “We became friends after I made out with him in the movie, but it wasn’t sexual.”

Tiffany was later invited to take part in a virtual dating campaign for Bumble Video Chat in April 2020, and she asked Common out on a virtual date. During her podcast visit with Steve-O, she revealed, “At this point, our friendship was growing a bit more than friendship, but not quite.” Sparks ignited, and the two decided to quarantine together after further virtual dates. Tiffany and Common made a combined appearance on an Instagram Live discussion with Dwyane Wade and Gabrielle Union, igniting relationship suspicions, but fans wouldn’t find out for sure until July 2020. Tiffany exclaimed to Steve-O, “This is hands-down the best relationship I’ve ever been in.”

During his interview on Live with Kelly and Ryan in August 2020, Common also discussed the new relationship. He described her as “a magnificent woman, a queen, and just a gorgeous person.” “I adore her, enjoy spending time with her, and am grateful to have her in my life. Yes, I’m content!” And we congratulate you both!

Though little is known about Tiffany’s ex-husband William Stewart, it appears that he and Tiffany had a tumultuous relationship. Tiffany and the army vet were married and divorced twice, according to Tiffany’s 2017 memoir, The Last Black Unicorn. Their first marriage lasted from 2008 to 2011, and while it’s unknown when they got back together, Tiffany claims they divorced again in 2013. Tiffany also revealed the alleged abuse she received from William during their relationship in the book.

After the memoir was published, William sued Tiffany for defamation and rejected all of Tiffany’s charges. The trial was originally planned for April 20, 2020, but there has been no word on whether it has been delayed due to the coronavirus outbreak.

They had a brief flirtation despite the fact that they were never an official relationship. Tiffany was asked if she’d ever dated a star “that the world doesn’t know about” during an interview on The Ellen DeGeneres Show in October 2019. Her comment was this: “Embarrassing. It was a hook-up, after all. That was in the early 2000s, so I’m not sure if that counts.”

Chingy allegedly claimed Tiffany used to hook up with his brother in an Instagram remark on a since-deleted post from a fan account, despite Tiffany’s affection on Chingy. He said, “Hey, if we’re going to be honest, let’s be honest.” Tiffany apparently responded by saying she only hooked up with Chingy “once like two months after [they] met,” according to reports. Tiffany claims that she decided to “back off” after learning that Chingy was hooking up with one of her pals and instead hook up with Chingy’s brother. “Why are you just now rejecting it when I’ve been talking about hooking up with you for years?” she added. Chingy was deafeningly silent in response to her assertions about their relationship. 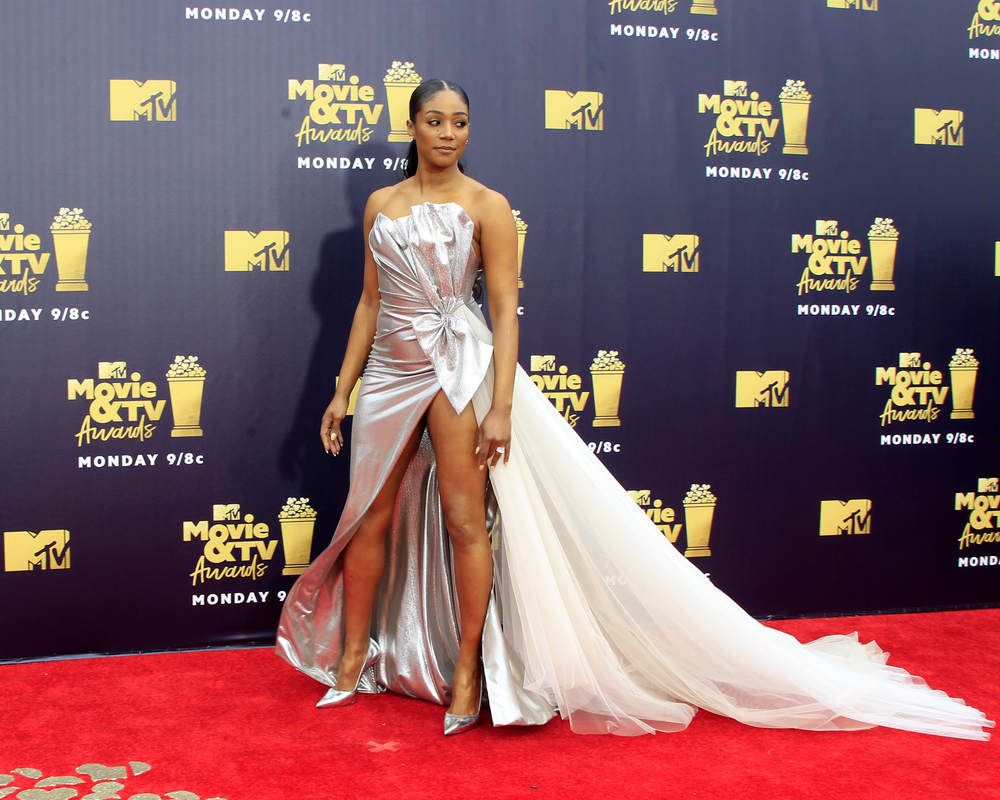