Who Is Drake dating?

Drake has had about as many renowned lovers as he has songs. Though he is renowned for his sensitive side, the rapper, born Aubrey Drake Graham, is still a low-key player who has romanced some of the world’s most famous females over his years on the hip-hop scene. Here is a list of everyone Drake has had public romantic relationships with…that we are aware of!

Who is Drake dating now?

Who is Drake dating right now? As of June 2021, Drake is reportedly linked to model Johanna Leia. After being spotted at the Sierra Canyon basketball game, Drake and Leia seemed to be taking the next step in their relationship after they were photographed sharing an exotic private dinner.

Rihanna and Drake had a long-lasting relationship, but their relationship affectionately termed “AubRih,” was riddled with fights, breakups, and make-ups (and even an alleged bar fight with her ex Chris Brown). Drake and the Barbados beauty initially met in 2005, while Drake was working as a DJ at a Toronto restaurant where the Bajan beauty was filming her music video for one of her first songs, “Pon de Replay.” The couple was originally rumoured to be romantically linked in May 2009, but it didn’t last long: in 2010, Drizzy told The New York Times, “I was a pawn.” Do you have any idea what she was doing to me? In 2010, the couple reunited for their collaboration “What’s My Name?” and appeared to be rather cosy in the video, causing many to think that their romance had restarted.

However, it did not last long, and in 2011, Drake told Elle that Rihanna was the inspiration for his song “Fireworks.” “It stung at the moment, although she didn’t intend to.” “I’ll never do it to her,” he said. “I was hurt because I gradually realized what it was. I suppose I expected more. That was the first famous female that paid attention to me.” Later that year, though, they reconnected for Drake’s song “Take Care,” and their chemistry in the accompanying music video sent tongues flying about their relationship once more.

Drake and Brown were accused of being part of a bottle-throwing bar brawl in New York City club W.i.P. in June 2012, although both denied any involvement (though Brown did get some nasty cuts from the melee). Later that summer, MTV Video Music Awards watchers who were paying attention observed Rih didn’t applaud Drake.

Drake told Rolling Stone in February 2014 that Rihanna was his “ultimate fantasy,” but that they were simply pals at the moment. Though photographers saw them holding hands a month later, in November, it didn’t last, and by the spring of that year, it looked like they’d called it quits once more. Rihanna admitted Drake’s fondness for PDA, especially his speech for her at the VMAs, may have been the last part of whatever relationship they’d had in a May 2018 interview with Vogue.

“The most difficult aspect was definitely waiting through that speech.” “I don’t like too many praises; I don’t like being put on the defensive,” she explained, adding, “We don’t have a friendship today, but we’re not enemies either.” That’s all there is to it.”

Drake revealed on The Shop in October 2018 that marrying Rihanna would have been “the fairy tale,” even adding that he would have loved to have children with her eventually.

Rihanna revealed in December of 2015, that her last relationship was in fact with Christ Brown.

Our favourite icons did team up together, though not being on the best terms. Rihanna’s hit ‘Work’ was released in 2016 and featured Drake. The song was a hit and charted in the highest ranks. The couple didn’t seem to be back on, but they are on better terms for sure.

Drake’s other well-known affair was with Sophie Brussaux, a visual artist and former adult film star who gave birth to his son, Adonis. TMZ reported in May 2017 that Brussaux claimed to be pregnant with Drake’s kid, but his spokesman responded with, “This woman has a very questionable past.” She has acknowledged having several romantic relationships. After back and forth on social media, this was quite a shock to everyone.

When the child was born, a DNA test was asked from Drake. A DNA test did in fact prove that Adonis is Drake’s son. Since then, Drake has been a great father to Adonis. He even wrote a few songs that mention both Adonis and Sophie. On his Scorpion album, the track called March 14, he raps about how he had to come to terms with the situation and embrace fatherhood.

On The Shop, he discussed parenting in-depth, telling LeBron James, “I am a single father learning to connect with a woman who, you know, we’ve had our times.” I do want to be able to explain what happened to my son. But I don’t want him to like, much alone love, his mother, and I don’t want the rest of the world to be angry at her. We’ve placed ourselves in a predicament for which we’re both equally liable.”

Drake and Brussaux have co-parented effectively since then, and he even gave a touching homage to mom on Mother’s Day 2021. Adonis subsequently joined Drake onstage to win the Artist of the Decade award at the Billboard Music Awards.

Drake and Tyra Banks went on a date at Disneyland.

Drake said on The Ellen DeGeneres Show that he and Tyra Banks went on a Disneyland date together, but it didn’t last. Banks was irritated that he had exposed their blossoming romance.

Catya Washington, from Bad Girls Club, starred in Drake’s video for “Best I Ever Had,” and the couple dated and had a “regular connection” for several months, involving family meals and leaving a toothbrush at his house. However, she said that he began travelling on unannounced vacations and getting cosy with other women, prompting her to call it quits.

Drake ignited relationship rumours with Jennifer Lopez in late 2016. The couple appeared to be getting along on Instagram, but according to some magazines, the couple never became serious and called it quits in early 2017 when she was first photographed with Alex Rodriguez. “I drunk text J.Lo / Old numbers so I bounce back / Boy Wonder gotta bounce back,” Drake rapped in “Free Smoke” in 2017. Drake stated in his song “Diplomatic Immunity” in January 2018 that photographs of him with another lady in the Netherlands were the last nails in the coffin: “2010 was when I lost my halo / 2017 I lost a J.Lo / A Rotterdam trip had me on the top page, nevertheless.” That woman was revealed to be Brussaux!

Did Drake hook up with Kylie Jenner?

Sources were saying in November 2019 that Drake was growing close romantically with longtime buddy Kylie Jenner, while one insider denied they were dating. In May 2020, a song emerged in which Drake referred to Jenner as a “side piece,” and he promptly responded on Instagram, saying, “Last thing I’d want to do is wake up having any of my pals feeling disrespected so I just had to say that to start off the day.” Jenner, for her part, reportedly laughed it off because she and Drizzy were still good friends.

Drake had a brief romance with Hailey Bieber (then Baldwin). “Drake and Hailey are dating really casually, but he is genuinely into her,” a source announced in 2016. They met through common acquaintances and are going at their own pace.”

Drake just lost out on a date with Heidi Klum.

We’re so close! In February 2018, Heidi Klum chose Drake over a bevvy of other eligible renowned bachelors (excluding Joaquin Phoenix) in a game of “Who’d You Rather” on The Ellen DeGeneres Show. During her next appearance on the show in September, Klum revealed that Drake had obtained her phone number from a mutual friend and had texted her… But by then, she’d met Tom Kaulitz, whom she later married. “He was essentially a week late,” she stated. I never responded to his SMS since I had discovered the love of my life.” 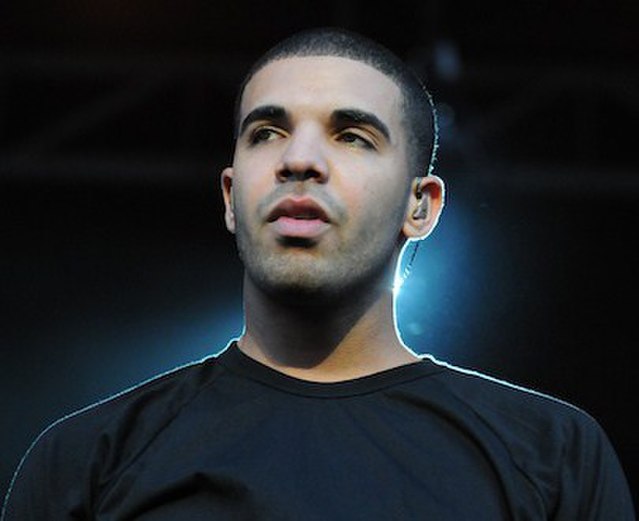