Who is Rihanna Dating?

Rihanna, a Barbadian beauty with a passion for singing, rose to fame following a chance meeting with a music tycoon. She went on to become one of the best-selling female artists in history only a few years later.

According to Forbes, Rihanna is now worth $1.7 billion, making her the world’s wealthiest female artist and second only to Oprah Winfrey as the richest female entertainment. But it isn’t her music that has made her so successful. The valuation of Fenty Beauty, of which Forbes can now certify she owns 50%, accounts for the majority of her money. Her investment in Savage x Fenty, which is worth an estimated $270 million, and her profits from her career as a chart-topping musician and actress account for the majority of the rest.

Do you really want to know who the men that she has dated before?

Rihanna has been in the limelight for a long time, and she’s been romantically associated with numerous renowned individuals throughout the years. While some of these were merely hearsay, others were unquestionably true.

Who is Rihanna dating now?

A$AP Rocky, Rihanna’s current boyfriend, is completely smitten with the “Work” singer. In a cover interview with GQ, the 42-year-old rapper admitted that they’re really now dating. When it comes to Rihanna, he says he’s found “the one.” “So much better when you have the One,” the rapper added of the Fenty founder. “She equals maybe a million of the other ones.

RiRi is admired by many, and we’ve seen a slew of celebrities try to reach out to her, but only a few have succeeded. The star’s former lovers and rumoured flings are listed below. Just like any other celebrities and other normal people, Rihanna has been gone through ups and downs in every relationship she had before. She also experienced the heartbreaks and pains but that’s not the end of her life. Knowing she is now a billionaire, according to Forbes Magazine. We’re pretty sure that they’re a lot of men are waiting in line for her. Continue reading to see all the men Rihanna has dated.

The couple kept their romance covert, appearing together in public only a few times over the years. Fans were taken aback by the divorce, as she had previously stated that she was ‘of course’ in love with her man in October 2019.  “Yeah, I’m dating. I’ve been in an exclusive relationship for quite some time, and it’s going really well, so I’m happy,” she said in an interview with Vogue.

Rumors about Leo and Rihanna hooking up first began swirling after it was reported that the two had gone on a date during that time. According to the sources, the two got amorous on the dance floor, and Rihanna saw Leo at a club in Paris a few weeks later. Despite reports that the two were “just pals,” they were seen together again in April 2016 at Coachella’s Neon Carnival.

From 2007 to 2009, one of her most public and anticipated relationships to this day, Rihanna dated ‘Freaky Friday’ hitmaker Chris Brown. Following an incident in which Rihanna was physically beaten by the father-of-two, the couple separated. They split up until 2013, when they reunited for a few months before calling it quits again. Chris has expressed his love and support for his ex-girlfriend throughout the years, placing heart emojis under her Instagram photographs on occasion.

They apparently had an on-again, off-again romance from 2009 until 2016, and have collaborated on some absolute bangers such as ‘Work,’ ‘What’s My Name,’ as well as ‘Take Care.’ But, their relationship deteriorated, and Rihanna publicly informed Vogue in 2018 that the two were no longer pals. “We don’t have a friendship right now, but we’re not enemies either,” she remarked. It is what it is.” However, it appears that they have reconciled, as she attended his 33rd birthday celebration in October 2019.

Following her breakup from Chris, Rihanna dated professional baseball player Matt Kemp for slightly over a year, from January to December 2010. Matt, a pitcher for the Miami Marlins, abandoned his relationship with Rihanna because her schedule got ‘too much’ for him. He just can’t keep up with her crazy travel schedule. Matt’s sick of always following her around like a lost puppy all over the world. He wants something more normal. Rihanna and A$AP Rocky Riri has been close friends with A$AP since they collaborated on their track ‘Fashion Killa’ in 2013 – the same year he remixed her track ‘Cockiness (I Love It)’ and joined the same year he remix.

They’ve been romantically linked several times over the years, but it wasn’t until May 2021 that he acknowledged their relationship. In December 2019, they were photographed together at the British Fashion Awards, shortly after she was seen supporting him at his concert in Sweden. Since then, A$AP has referred to his fiancée as “the one,” and we couldn’t be happier for them!

They had a brief relationship in 2015, which ended when it apparently became ‘too much’ for the ‘Four Five Seconds’ hitmaker. They were first seen together at New York Fashion Week in 2015, according to an E! insider They are dating, officially. It’s already extremely serious. He’s very into her,” a source said online. However, the connection between Rihanna and the rapper, who has a child with Kylie Jenner, fell out soon after. 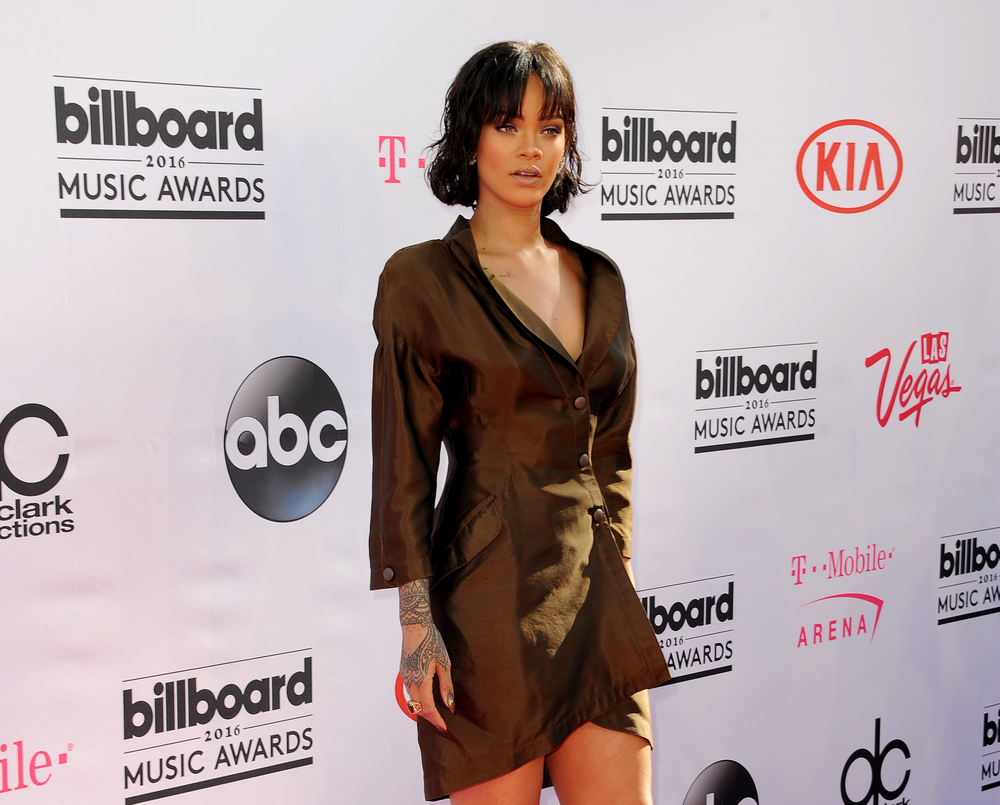