Who is Big Sean dating?

Sean Michael Leonard Anderson, better known as Big Sean, is an American rapper signed to Kanye West’s G.O.O.D Music and Island Def Jam. He was born on March 25, 1988, in Detroit, Michigan. He met West at a radio station in 2005, and after being pleased by Sean’s obvious abilities, he signed him in 2007. So far, he has released three mixtapes: Finally Famous in 2007, UKnowBigSean in 2009, and BIG in 2010. Finally Famous, his debut album, was released in June 2011 and includes guest appearances from Kanye West, Chris Brown, Pharrell Williams, The Dream, Wiz Khalifa, and Lupe Fiasco.

His mother and grandmother reared him and tried tirelessly to inculcate in him the values of hard work and tenacity. Sean attended the Detroit Waldorf School, an art school, from kindergarten to eighth grade, where he was exposed to a wide range of art and culture. He eventually attended Cass Technical High School, where he furthered his music career, made lifelong friends, and garnered the support of fans and peers by selling copies of his music independently. Sean had a great relationship with 102.7FM, a local radio station in Detroit, where he regularly demonstrated his rhyming abilities.

Big Sean’s name has been all over the place following his recent nine-minute freestyle for the Los Angeles Power 106 radio station. His freestyle has served as a reminder of how brilliant he is and why he deserves to be regarded as one of the biggest rappers alive.

Who is Big Sean dating? Many notable women have dated rapper Big Sean, and this list will tell you more about them. This thorough dating history includes Big Sean’s current girlfriend, prior relationships, and dating rumors, and it tells you everything you need to know about Big Sean’s love life.

Sean Anderson met Ashley Marie when he was 16 years old. During an interview, he said that they didn’t start dating until two years later and that he was head over heels from then on. He remarked, “She was undoubtedly my first love. She was someone who supported me.”

Sean began producing mixtapes and performing in Detroit as he became increasingly interested in music. Ashley was one person he could always count on to be in the crowd. He stated that she was occasionally one of the few individuals in the crowd, and Sean referred to her as one of his most ardent supporters.

Niata Jessica Kirkland, better known by her stage name Lil Mama, was born in Harlem, New York City, New York, USA. She is a rapper, singer, actor, and motivational speaker from the United States. Lil Mama and Big Sean were rumored to have dated in 2015.

Naya Rivera was a gifted singer, actress, and writer who was most recognized for her role as Santana in “Glee.” Rivera and Sean dated for six months before proposing in October 2013. It was a high-profile relationship because they met at the peak of Glee’s success.

However, their engagement lasted barely three months when their romance ended due to adultery charges. Their split was also nasty, with both parties criticizing one another on social media. Rivera accused Sean of infidelity with Ariana Grande. She also said he stole a Rolex from her house. Rivera recounted in her memoirs, “Sorry Not Sorry,” finding Grande in Sean’s home on a day the rapper refused to see her. “Did you notice the little girl sitting cross-legged on the couch, listening to music?” rhymes with Mariana Schmand,” Rivera wrote.

Sean didn’t stay alone for long because he didn’t take the time to heal from two failed relationships in a row. He quickly began a new romance with Ariana Grande, which pretty much corroborated Naya’s claims that she found Ariana in Sean’s house when they were together.

They struck it off and became friends after collaborating on Ariana’s song “Problem” before embarking on a full-fledged relationship. Sean told US Magazine in September 2014 that they had amazing chemistry, but he wouldn’t disclose whether or not they were a couple. That same month, he released his tune “IDFWU,” which many assumed was directed at Naya. “I got a new lady that I gotta thank God for,” he rapped.

In an interview with The Telegraph a month later, Ariana revealed her relationship with Sean. “He is one of the most amazing people in the entire world,” she continued. Sean felt the same way about her. “This is something extraordinary, and I love every second of it,” he told Complex in January 2015.

However, their romance appeared to be over by April 2015. Sean ended their relationship because he thought she was immature. Sean would make time to see her, but Ariana never returned the favor.

There was a chance they would reconnect, but Sean apparently abandoned that plan after Ariana allegedly staged a prank in which Justin Bieber jumped on stage while she was performing and grabbed her. Sean believed Ariana orchestrated the whole act to hurt him, so he knew it was time to move on.

This is one to keep an eye on when it comes to skilled power couples in the music industry. He’s a rapper, she’s a vocalist, and they work well together. In fact, they’ve actually worked on a few fantastic songs together. Being a cohesive unit is likely to make them feel far more inspired whenever they enter a music studio.

Big Sean and Jhené originally met in 2012 and struck up a platonic connection. By 2016, they were ready to collaborate on an incredible collaborative record as part of a new music group named TWENTY88. Regardless of how much chemistry they had based on the lyrics of their music, they did not reveal their relationship to the public straight away.Later that year, they kissed on stage during a concert, prompting everyone to inquire. 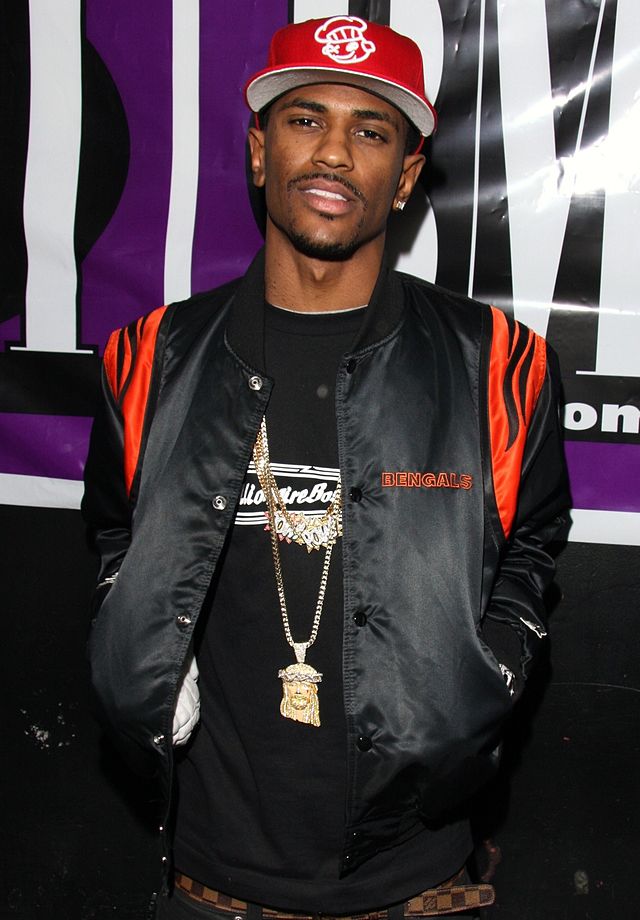