Who is Lexi Rivera Dating?

Everyone has heard of Brent Rivera. The internet-famous YouTube personality has accumulated millions of subscribers and views through his relatable videos.

Lexi, his younger sister, has grown into a popular blogger and YouTuber thanks to Brent Rivera’s YouTube channel. Alexa now has her own YouTube account, but she still works with Brent on select videos.

Alexa’s YouTube account has 6.1 million subscribers, and she uploads videos every Saturday. She has a sizable fan base, especially given she only started broadcasting on her channel a little more than a year ago. Though being a popular member of YouTube and having a big fanbase, her fans don’t really know much about her personal life. There are a bunch of rumours surrounding her love life. We have gathered information on who she is dating and a little about her past dating experiences. So, let’s find out who Lexi Rivera is dating.

Brent started Lexiloulouu, a YouTube channel for Lexi, in August 2010. Brent built the channel to promote Lexi’s gymnastic abilities. However, as Brent’s YouTube fame rose, he began to focus less on Lexi’s channel and more on his own. Lexi’s Instagram fame soared, and she eventually chose to restart her YouTube career. On July 1, 2018, she released her debut YouTube video, in which she addressed questions from her Instagram followers.

Rivera’s YouTube channel features hilarious fashion and beauty videos. Lexi also publishes prank videos and challenges. Rivera is now fairly popular on YouTube, and she appears to make a good living from her social media activities. Lexi remarked that if she hadn’t been a YouTube sensation, she would have wanted to be a physician’s assistant.

Alexa and Ben began dating in the early 2010s. They met in 2017, and it took them six months to converse. They did, however, become great friends later on. They were the sexiest duo on the internet at the time, and their audience adored them. Because they were both social media icons, speculation about the two datings emerged when they frequently appeared on each other’s feeds. Their comments were filled with fans speculating and calling them a great couple.

Despite the fact that it was only rumour, it turned out to be real. They were also continuously posting on social media about each other. They matched their Halloween costumes in black heavenly attire in October 2020. They also performed a number of sketches together.

Question is, are they still together? Unfortunately for fans, no, they are not. Relationships usually have one element in common, whether they work out or not. They announced their separation in November 2020. Lexi even made a video regarding the matter, announcing the break-up. She wished well for Ben Azelart and made sure everyone was aware that they are still on good terms, it’s just that sometimes relationships do not work out, which is completely okay.

This relationship blew up out of the blue for fans of both stars. There was a lot of speculation regarding this couple. They have posted numerous pictures together with fans going crazy in the comments wanting to find out the truth.

Alexa has been linked to Andrew Davila, an internet celebrity and YouTuber, as of 2021. Lexi released a video with Andrew and Ben captioned ‘MY EX MEETS MY NEW BOYFRIEND’, leading many to think the two are dating. In the video, she allegedly fooled her ex, Ben Azelart, into thinking she and Andrew were dating. However, she has not verified whether or not they are dating. 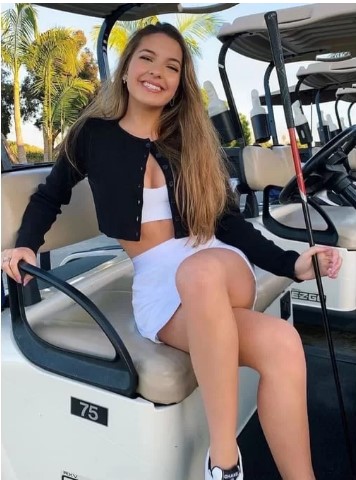