Who is Jojo Siwa dating?

You’re probably aware of JoJo Siwa’s viral sensation.   JoJo Siwa, a 17-year-old internet sensation and entertainer, recently came out as a member of the LGBTQ community. Jojo Siwa, an American actress, YouTube vlogger, dancer, and singer, swept to recognition when she was a top-5 competitor in ‘Abby’s Ultimate Dance Competition’ at the age of 10. Jojo was also the show’s youngest participant at the time, and after being ousted in the ninth week of the season, she went on to star in the show “Dance Moms” with her mother and would stay for two seasons.

JoJo Siwa is one of the most well-known people on social media right now. On February 3, 2021, she appeared on Jimmy Fallon and discussed her recent TikTok video in which she came out as a member of the LGBTQ community.

She was born in Omaha, Nebraska, on May 19, 2003. She is the younger of two children born to her mother, a dance instructor, as well as her father, Dr. Tom Siwa, a chiropractor. Jayden Siwa, her older brother, is also a well-known YouTube vlogger. Jessalynn began teaching her daughter to dance at an early age, and it wasn’t long before they were participating on a variety of shows.

Jojo’s dating history has been limited to two people. In September 2020, she married fellow social media celebrity Mark Bontempo on Instagram. The adventures of the young couple were entertaining, but the relationship ended in November 2020.

JoJo began her appearance on The Jimmy Fallon Show by outlining the origins of the TikTok video that went viral on January 20. She lip-syncs to the lyric “Now you’re one of us” from Paramore’s song “Ain’t It Fun’ ‘ in the video. She is accompanied in the video by members of the Pride House, a group of LGBTQ+ TikTok creators. The video sparked speculation that this was JoJo’s way of expressing herself.

JoJo Siwa came out as gay and is now rumored to be dating Kylie.

JoJo drove the internet insane trying to figure out if she was seeing anybody special after formally coming out as homosexual via a Twitter tweet on 22nd on January 2021. Then, for their one-month anniversary, the internet sensation tweeted a lovely selfie of herself and her girlfriend, Kylie.

Who has Jojo Siwa Dated?

Kylie Prew is Jojo’s girlfriend. Kylie played varsity basketball for Coral Shore High School in Tavernier, Florida during the 2018-2019 season, according to the sports website MaxPreps. She’ll graduate in 2022, so she’ll be around the same age as Jojo.

Doug Prew, her father, is a Key Largo entrepreneur who owns The Fish House and The Fish House Encore, two seafood restaurants. Narelle, her mother, is an Australian. Kylie has a twin sister, and the siblings bus tables at their father’s restaurants “when they need additional spending money,” according to a Florida Keys tourism website. The couple’s anniversary is January 8, according to Jojo.

Many of JoJo’s fans suspected she was dating high school football star Elliot Brown in March 2020. Although nothing has been confirmed, the two have shared a number of images and videos together on social media.

According to the News, Elliot played football at Elkhorn South High School in Omaha, Nebraska, and has agreed to play football at the University of Nebraska. Despite the fact that JoJo is homeschooled, they must have met in Omaha, where she was born and raised.

JoJo dated Mark Bontempo, the younger brother of Madison Fisher of The Fishfam YouTube channel, as she announced on TikTok on Aug. 2, 2020. JoJo captioned a video of her and the young man dancing in each other’s clothes.

JoJo made sure to identify her not-so-secret lover, who verified their relationship in his own TikTok video. Mark listens to comments on a TikTok that JoJo recently posted with her “fingers down.” She keeps all of her remaining fingers up when it says “Put a finger down if you are currently single,” implying she is dating someone. If it’s not me, you have some explaining to do,” Mark wrote.

What Motivated Her to Come Out?

When YouTube teen queen Jojo Siwa came out as a member of the LGBTQ+ community last month, everyone’s jaws fell. After the initial shock subsided, the next logical inquiry was if the former Dance Moms star was seeing anyone. Yes, she has, and she hasn’t been bashful about telling her admirers about it. Here’s all we know about Jojo Siwa’s girlfriend, Kylie Prew.

On January 20, Jojo raised some eyebrows when she released a video on TikTok of herself lip syncing to Lady Gaga’s “Born This Way.” Fans predicted that she was on the verge of coming out, and they were correct. She posted a selfie two days later wearing a T-shirt that read, “Best. Gay. Cousin. Ever.”

Jojo Siwa was encouraged by Prew to come out.

Jojo recently confessed that she has never kept her sexual orientation a secret from her friends and family. “My parents were aware,” she replied on Instagram Live in response to a fan. “My mother stated that she has known him for the past two years. ‘I simply know with you!’ she exclaims. ‘I don’t think you exclusively like boys, that’s absolutely okay,’ she said about two years ago.   “My family is fantastic.” Kylie was the one who persuaded Jojo to reveal her true self to a bigger audience.

“I was on FaceTime with Kylie the day after I posted the ‘Born This Way’ TikTok, and we were just chatting about all the love that came in,” Jojo told Jimmy Fallon in early February. “’Technically, I still haven’t confirmed it,’ we both said. She was quite motivating. ‘Do it!’ she exclaimed.

Jojo isn’t one to dwell on criticism. She’s received an outpouring of sympathy from fans and celebrities since the news surfaced. Ellen DeGeneres, Paris Hilton, and Jojo’s previous mentor Abby Lee Miller all joined in to let Jojo know they were rooting for her. But that doesn’t negate the fact that the unveiling was perilous. 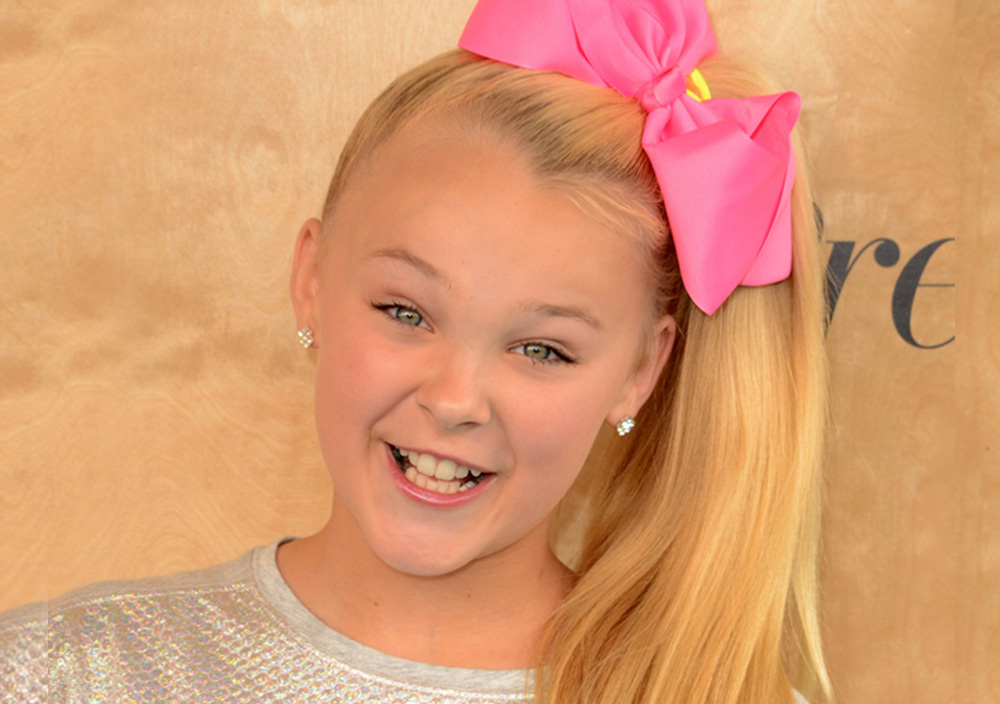