Who Is Tyga Dating?

Michael Ray Nguyen-Stevenson, better known by his stage name Tyga, is a well-known American rapper. Tyga, who is of Vietnamese and Jamaican origin, lived on the streets as a child and grew up in a low-income area. His cousin originally introduced him to rap music, and it had a significant impact on his life and motivated him to pursue music as a profession. Continue reading to find out more about Tyga’s private life.

Tyga was photographed at Walt Disney World in February 2021 with his new girlfriend, Camaryn Swanson, a Miami influencer and fashion designer, and the rapper’s 8-year-old kid, King Cairo.

They created stuff. Instagram’s representative Camaryn shared a picture of the couple cuddling up outside the well-known castle.

During the same trip, Tyga was photographed affectionately caressing Cameryn’s chin on a private jet. The couple shared plenty of intimate photos on Instagram Stories.

The rapper gave his new girlfriend a watch for her birthday earlier in the month.

After Camaryn was photographed out and about in June wearing a massive diamond ring on her left finger, the duo fueled engagement rumors.

The situation, however, deteriorated in October 2021 when Camaryn accused Tyga of beating her physically and shared pictures of the wounds.

Midway through October, Tyga was detained and released on a $50,000 bond following a felony domestic abuse investigation.

Tyga turned himself into the Los Angeles Police Department after his ex-girlfriend Camaryn said that he had mistreated her “emotionally, mentally, and physically abused.”

When they appeared together in one of Bella’s most well-liked videos in August of last year, Tyga, 30, and Bella, 19, fueled relationship rumors.

Soon later, Bella made an appearance in a TikTok on Tyga’s page that looked to be shot at his Los Angeles residence.

This fueled the relationship rumors, which eventually led to a major sex video leak controversy.

Following rumors that they had a sex tape together in October, Tyga and Bella Poarch became a trending topic on Twitter.

Whether or not the two were dating was not confirmed.

After Amina Blue was photographed with Tyga in Jamaica in June 2016, relationship rumors about the two started to circulate.

It turned out that she had a role in his song “1+1” music video.

Tyga faced criticism online for choosing the German-Pakistani model Amina for his music video rather than a Jamaican woman.

They haven’t addressed the rumors about their relationship, though.

Tyga and fitness model Tammy Hembrow were allegedly dating in January 2019 after the rapper hinted at having sex with her in a song.

The rapper joined Lil Pump on the remix of Ambjaay’s song “Uno ” and spoke about a chance encounter she had with Tammy in an In-N-Out Burger parking lot.

Social media verified that the song was about her while claiming that the lyrics had been “blown out of proportion” on her podcast, Hanging with the Hembrows.

Speculation about a romance between Tyga and Iggy Azalea began when the two were photographed together at Coachella in 2018.

Before the duo arrived hand in hand to the Desert Nights party during Tyga’s performance, the rapper was spotted placing his hand on Iggy’s shoulder.

In July 2018, Iggy responded to the rumors, saying they weren’t actually “hugged up” during Coachella.

When Kylie Jenner was 14 years old and Tyga was 21 years old, they first met during Kendall Jenner’s 16th birthday party in November of 2011.

Tyga made his Instagram debut in July 2014, and in August, he joined Kylie to celebrate her 17th birthday.

Up until April 2018, the couple had an on-and-off relationship before rumors of their breakup surfaced.

Sophia Body is a Toronto-based Canadian model. The internet phenomenon is well-known for appearing in the television series Love & Hip Hop: New York.

Additionally, she has dated French Montana and Safaree Samuels.

After meeting in late 2011 to arrange for Chyna to appear in Tyga’s “Rack City” music video, the two soon became romantically involved.

Despite Chyna stating that Tyga never cheated on her, she did mention Kylie when she said that “something did kind of expedite” their breakup. 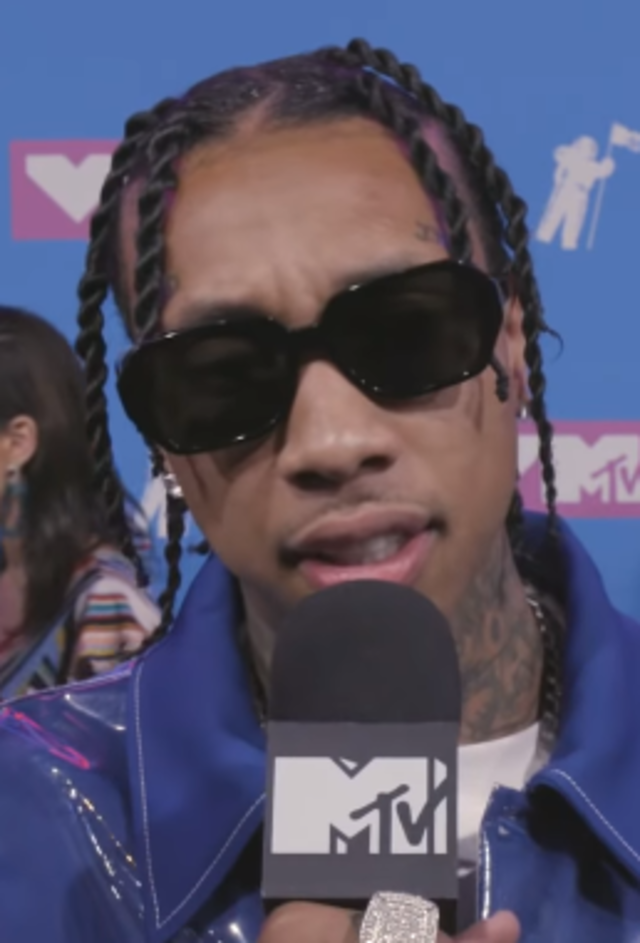