Who is Madison LeCroy Dating?

J.Lo and A-Rod calling it quits has to be one of the most significant celebrity splits of 2021. It was rumoured at the time that their romance was in trouble because of Southern Charm actress Madison LeCroy. At one point, the animosity toward her became so strong that Madison even disabled her Instagram comments. Madison was charged with having an affair with A-Rod back in January 2021. Twitter sparked speculations about the two’s relationship after the Southern Charm reunion special, according to Page Six.

Madison acknowledged that she had been FaceTiming with A-Rod and that they had communicated on Instagram, but she insisted that they had never really met. Even so, it created a tremendous uproar. However, Madison’s personal dating life has been filled with controversy. She’s been involved in infidelity scandals and a ton of other drama, even outside of anything that happened with A-Rod. For a summary of her love life, continue reading.

What is Madison LeCroy’s relationship history like and who has she dated?

Madison is about to get married! The Southern Charm star, who had previously been married to Josh Hughes (with whom she has a kid called Hudson), announced her engagement to Brett Randle in October 2021 after dating him for only seven months.

On October 14, 2021, US Weekly published an article announcing Madison and Brett’s engagement. Despite it seeming to happen quickly, Madison insisted that she is not in a haste to formally wed Brett. The pair originally made their Instagram status public in June 2021, and since then, things have obviously progressed swiftly.

Madison gushed to us about the feelings she had in response to his proposing to her:

“My kid is clapping behind him as he proposed to me in the living room. At some point throughout whatever he was saying, I kind of passed out entirely. I was clueless. It was flawless. Although Madison is content with Brett right now, she has had a lot of relationship trouble in the past, particularly with Austen Kroll, another cast member from Southern Charm. In 2020, after a three-year relationship between him and Madison came to an end, Austen referred to her as a “monster” and criticized her lack of feeling in a television program.

During the early 2021 Southern Charm reunion, Austen remarked, “My heart literally bled over and over again. She does not f—king care about me and she never f—king has, as all of my pals have been telling me for years. I can’t even look at you, Austen even admitted to her. To me, you are a monster. Madison was accused of seeing numerous men at once, including former NFL star Jay Cutler, by both Austen and Craig Conover. Madison, though, didn’t appear concerned. Austen is a “wonderful actor,” she said.

However, the turbulence in Madison and Jay’s relationship didn’t end there. After 10 years of marriage, he and reality television personality Kristin Cavallari announced their divorce in April 2020. She said it was nothing serious when he and Madison began to be linked in early 2021, but she uploaded some texts with Jay when it appeared like he and Kristin could reconcile. Even more, Austen claimed that Madison’s friendship with Jay was pure retaliation for him dating Kristin. After being labelled a “liar,” Madison LeCroy posts screenshots of messages she alleges were sent by Jay Cutler to support her accusations of an affair. Madison’s assessment of Jay’s circumstance at the time was that it wasn’t serious.

She claimed that she wasn’t “kissing and telling” on Watch What Happens Live with Andy Cohen. Additionally, “It’s nothing serious at this moment, but they’re having fun getting to know each other,” a source told Us Weekly in January 2021.

Despite the fact that Madison currently lives a life in the spotlight, nothing is known about her earlier marriage to Josh. We do know that they wed young, and their marriage didn’t endure very long. Madison reportedly told Us Weekly that she married Josh when she was 20 years old. When she was 22 years old, Hudson was born. They broke up three years later, perhaps in late 2015 or early 2016.

Josh is undoubtedly a significant influence on his son’s life, even if it’s unknown why Madison and Josh split up. Even Hudson is visible in his Instagram profile photo. Josh openly shared on Facebook in June 2020 how much he adores being a parent. Josh captioned the photo, saying, “Fatherhood has taught me about unconditional love, emphasized the significance of giving back, and taught me how to be a better person. Being a father has been, without a question, my biggest source of success, pride, and inspiration.” 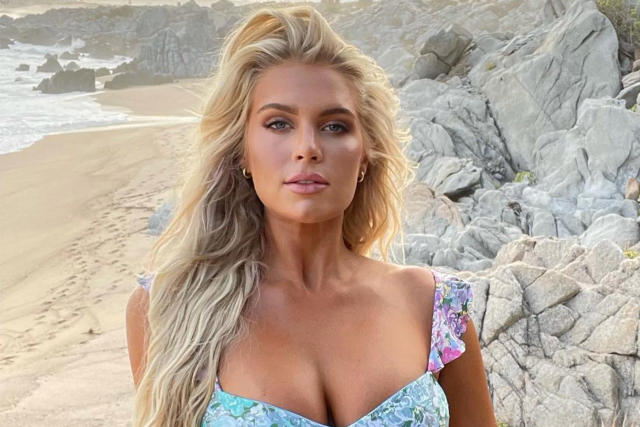