Who Is Lucas Till Dating?

An American actor by the name of Lucas Till, He has appeared in other television and film projects, including “X-Men: First Class,” “House,” and “Hannah Montana: The Movie.” He began his career as a kid model and performer, and he later starred in a number of noteworthy films. When he was chosen to play Havoc in “X-Men: First Class” in 2011, he landed his breakout role.

He has concentrated mostly on acting and hasn’t dabbled in other show business endeavors, in contrast to many of his peers. In addition to his acting accomplishments, he is well known for his romantic adventures with well-known people like Taylor Swift. His dating life was somewhat varied. Learn about a few of them as you continue reading.

He was raised on Atlanta’s outskirts. Early on, he had the habit of mimicking voices and movie characters. After recognizing his aptitude, Dana Lyn made the choice to enroll her talented son in a neighborhood acting class in order to enhance his abilities.

He received his diploma from Carlton J. Kell High School in the Cobb County School District of Georgia, United States, in 2008. He started making appearances in print and television advertising at the age of 10. He was discovered while taking acting classes by well-known Atlanta talent agent Joy Pervis. He then got his first job as a young actor and model thanks to Pervis.

Who Is Lucas Till Dating?

Fans of the MacGyver actor claim he is currently dating his co-star Levy Tran from the television series. However, at this moment, everything is just a rumor. It seems that before the relationship was discovered by the public, the two were already dating.

It all started when Till, for whatever reason, was able to learn when Levy would join the cast of the show. Fans believed that he and Levy were already dating at the time because he was the first member of the MacGyver ensemble to share this on Instagram.

At the height of the lockdown, Levy posted a social media video of Lucas and her dog, which sparked more rumors.

This strengthened the notion that they were in a committed relationship because it meant that the couple was likely quarantined together during that time. Levy Tran had previously appeared in The Haunting of Hill House and Shameless before joining MacGyver.

How Many Ex-Girlfriends Does Lucas Till Have?

There will always be a lot of interest in the relationships of a successful, endearing, and appealing man like Lucas. He has an incredibly long list of high-profile celebrities on his dating resume, and while each of those relationships was active, they all attracted a lot of media attention. Here are all of Lucas Till’s ex-girlfriends, listed in reverse chronological order (from the earliest to the latest).

Miley Cyrus is the star of the Cyrus family, one of the most influential in American show business. Miley Cyrus, as a teenager, rose to fame as the lead character of the Disney Channel musical series Hannah Montana. She was born in Tennessee to country musician Billy Ray Cyrus, who rose to fame in the 1990s. Miley transitioned from acting to music and found success, emerging as one of the nation’s top-selling musical artists of the previous ten years.

Lucas is rumored to have first met Cyrus while filming The Miley Cyrus Movie in 2009, in which he played Miley’s love interest.

The young couple tried to make their on-screen romance a reality, but they were only able to maintain their union for three months before deciding to call it quits. Although Miley has never publicly discussed the reason why they broke up, it could be related to how quickly he moved on to this new girlfriend.

American singer-songwriter Taylor Alison Swift was born in Pennsylvania. Taylor got her start in music when she was still quite young, competing in national singing and songwriting competitions. She began her career primarily as a country singer before making the risky switch to pop music, and the results have been fantastic and fruitful for her. Taylor Swift is one of the most influential women in music right now, and that’s the key thing.

It’s still a big thing even though she wasn’t exactly a superstar when she dated Lucas. Taylor Swift and Lucas Till first met in 2008 while working on the set of the Hannah Montana movie, but they didn’t start dating until much later, in the middle of 2009.

Till’s involvement in Taylor’s 2009 music video for “You Belong with Me” was what first publicized their relationship. Similar to Lucas’s previous romance, this one didn’t last very long either. The multi-Grammy-winning singer and the actor “dated for a little while, but there was no friction because we were too sweet,” the actor told MTV. Lucas apparently wasn’t too satisfied with his singer girlfriend’s laid-back personality and made the decision to hunt for something with a bit less sweetness and a little more heat.

Debby Ryan, an American actress and singer, is well-known for her recurring role as Bailey Pickett in the Disney Channel original series “The Suite Life on Deck.” Before being hired for the show when Disney ran a nationwide talent search, Debby started her acting career at the age of seven in professional theaters. Recently, she gained notoriety for her part in the Netflix series “Insatiable.”

The first mention of Lucas and Debby came in January 2010, but it was quickly revealed that their relationship was only temporary, ending after a few months, much like all of his previous unions. Ryan and Josh Dun recently got married.

Soon after splitting up with Ryan, Lucas started dating singer and actress Kayslee Collins. Collins, a 1991 San Diego, California, native, began acting when she was a little child. Even though she went on to appear in movies like “The Homes” and “Zoey 101,” her breakout performance in the 2007 teen sitcom “iCarly” remains her most well-known work (2011).

It was an impressive feat for the actor, who seemed to have a reputation for not being in relationships for very long, that Lucas and Kayslee had been together for two whole years. By 2012, they were no longer a couple, but it is unknown why.

According to Lucas Till, his most shady relationship was probably with actress Carlson Young. Carlson and Lucas are both from Texas, which appears to have brought them together. She was raised by a geologist father named Marshall Young and attended the University of Southern California, where she majored in creative writing before quitting to pursue a career in acting.

In the first season of the television show “Scream: The Television Series,” she had her first known film appearance (2015). She also created and directed the 2018 film “The Blazing World,” in which she played the lead role.

It was thought that Carlson and Lucas dated from 2012 to 2013. Because Lucas clearly doesn’t want to talk about his ex-girlfriends, the reason why they broke up was kept a secret. Anyway, Carlson isn’t single, whereas Lucas is. She is currently married to Isom Innis of the American band Foster the People. 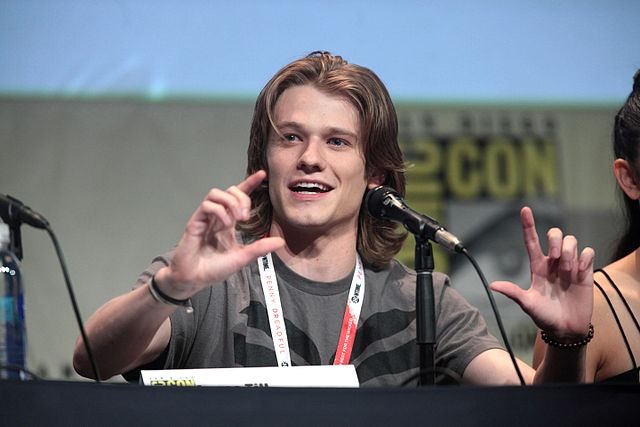