Who is Drew Barrymore dating?

Drew Barrymore has been one of the most attractive and gifted actors of her time since she melted the hearts of audiences at the tender age of six in Steven Spielberg’s famous sci-fi movie The Extra-Terrestrial (1982). Born in Culver City, California to actors John Drew Barrymore and Jayde Barrymore, young Drew was born into a show business family led by theater legend Maurice Barrymore, his tragic wife Georgiana, and their three children, Lionel Barrymore, Ethel Barrymore, and John Barrymore.

Despite a turbulent adolescent period in which she struggled with drug and alcohol addiction, Barrymore threw herself into her career in the 1990s, first with a string of bad girl roles in cult B-movies such as Poison Ivy (1992), Crazy for Guns (1992), and, quite appropriately, Bad Girls (1994); then well-received roles in acclaimed projects such as Side Boys (1995), Woody Allen’s Everyone Says I Love You (1996).

Drew Barrymore has three marriages and three divorces. However, she did not have children until her third marriage. And she stated that she idolized that partnership in the hopes of providing her girls with the childhood she thought she lacked as a young performer. However, the loss of her ideal family appears to have altered her dating attitude once she was single again. Who is Drew Barrymore dating now? How many marriages has she had? Continue reading to learn more about her dating life.

After appearing together on an episode of “CBS Schoolbreak Special” in 1989, 14-year-old Barrymore briefly dated 18-year-old Feldman.

Although they barely dated for a few months, they made several memorable appearances, including Feldman’s appearance at that year’s Oscars with Barrymore on his arm. Feldman wrote in his memoir “Coreyography” that he was severely into drugs at the time, and she was struggling to stay sober following a suicide attempt and multiple stints in rehab.

Drew had a brief romance with actor Balthazar Getty after splitting from Corey from April to September 1990.

Arquette and Barrymore looked to have spent some social time together in 1991 before either acted in the original Scream film. Notably, Arquette, like Barrymore, comes from an acting family. He was 20 and she was 16, so she’d already been a celebrity for more than a decade.

The two attended the Bugsy premiere in Los Angeles as well as an event at Spago Restaurant in Hollywood, California. There is a small collection of seemingly affectionate images that verify this.

Barrymore became engaged to the musician/actor when she was only 17 years old. They ended their relationship after one year of dating in 1993.

The star has since taken a step back from the limelight, not appearing on her very own talk show, but that wasn’t always the case. Despite her status in the industry, 19-year-old Drew Barrymore and Jeremy weren’t meant to be, leading many to wonder what truly happened between the former couple.

Norton and Barrymore were rumored to be an item while shooting Everyone Says I Love You in 1996.

Barrymore and Luke Wilson dated in the late 1990s and became inseparable in the press and on the red carpet, quickly becoming one of Hollywood’s “it” couples. The couple went on to star in other films together, including the 2003 hit Charlie’s Angels: Full Throttle.

However, only a few months after the marriage, Tom filed for divorce, alleging “irreconcilable differences” as the basis for the breakup.

Despite the couple’s rapid divorce and brief marriage, Drew has indicated that there was no bitterness in the divorce.

Barrymore and Moretti were together from 2003 to 2007. And, while the exes may still be friends, there’s no evidence that they’ve been hanging out.

The two celebrities began dating in 2007 but ended their relationship in July 2008. Barrymore and Long rekindled their affair in 2009, co-starring in He’s Just Not That Into You and Going The Distance.

Each love tale is unique in its own way. Every relationship and love tale begins on the brightest possible note. However, many of them begin to fade and even lose their way after a short period of time. Will Kopelman and actress Drew Barrymore have a similar tale. His marriage to Drew, which lasted more than four years, ended abruptly.

In early 2011, the Whip It director began dating the art consultant (and son of a former Chanel CEO). The pair married in 2012, then divorced after four years of marriage. Barrymore and Kopelman have two children, Olive (born in 2012) and Frankie (born in 2013). (born in 2014). 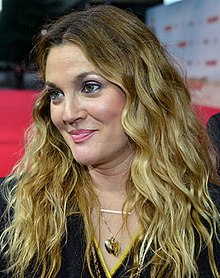