Who is Jennifer Aniston dating?

Jennifer Aniston has become a household celebrity since her breakout performance as Rachel Green on “Friends” in 1994. Even though the TV and movie star has a huge fan base, they may not know all about how she got her start and maintained her coolness during her years in the limelight. These are the startling facts about Jennifer Aniston that you never knew about her, from the jobs she held before her breakout role to the time she went on a group honeymoon with her closest friends.

These are the startling facts about Jennifer Aniston that you never knew about her, from the jobs she held before her breakout role to the time she went on a group honeymoon with her closest friends.

She is well-known for a slew of impressive achievements. For example, her “Rachel” hairdo has been a long-lasting beauty fad for decades. She also topped People’s “Most Beautiful Women” list and received multiple honors for her performance on the hit NBC comedy Friends, including an Emmy, Golden Globe, as well as SAG Award. Fans can’t wait to see Aniston and her former castmates “back on the set that started it all” in the highly anticipated Friends reunion special.

Aniston’s dating life has been the buzz of Hollywood and beyond throughout the years, in addition to her stellar work. Many of Aniston’s well-known contemporaries are involved in her love life, including comedian Vince Vaughn and, of course, Brad Pitt. Just like any celebrities or normal people, Jennifer Aniston also has the irresistible charm that every man would be happy to be with her.  Just like us, she has been into heartaches and painful relationships. While Aniston’s current relationship situation is unknown, let’s take a look back at some of her most notable exes.

Who has Jennifer Anitson Dated?

Jen was cast in the short-lived TV adaptation of John Hughes’ film Ferris Bueller’s Day Off in 1990, before breaking out as Rachel on Friends. Jim Nelson, a former writer on the show, reported that she dated her co-star Charlie Schlatter 24 years later. The relationship was “brief” and “torrid,” he said.

Jen’s first love, Daniel McDonald, passed away in 2015 from a brain tumor, and she spoke out about it in an interview with The New York Times. “He was my first love, and we were together for five years,” she claimed. “He would have been the one,”. For every fan out there, we know it really hurts to read headlines implying that she tragically lost him when, in fact, she was not present during his lengthy and arduous illness.

Jennifer had a brief relationship with Counting Crows frontman Adam Duritz in the mid-1990s, but they broke up. Neither has said much about their relationship, but Adam told Us Weekly that they “never slept together,” and he went on to date Jen’s friend Courteney Cox.

Jennifer dated Tate Donovan, who played Joshua, the man her character developed a crush on after he walked into her workplace, in a six-episode arc on Friends. However, the couple started dating before he got the job, and they were in the middle of a split at the time of filming. In 2018, he told Us Weekly, “I was just pleased to be on the squad.” “The only drawback was Jennifer and I were breaking up at the time.” And so, it was difficult to pretend as if we were just meeting each other and falling in love, or interested in each other, when we were actually breaking up. That was extremely difficult.”

Who could forget Jen’s marriage and subsequent divorce from Brad, one of the most iconic couples of the early 2000s? They started dating in 1998 and married in 2000, when they were rising stars in Hollywood at the turn of the century. They called it quits after five years together, amid suspicions that he had an affair with his future wife Angelina Jolie. Despite the drama surrounding their high-profile divorce, the couple appears to have stayed friends, with reconciliation speculations circulating ahead of the 2020 SAG Awards.

Jen was linked to actor Vince Vaughn in 2006 after her first divorce. Given Jen’s status as one of the world’s top stars at the time, they did everything they could to escape the paparazzi, but Vince subsequently claimed that the media attention was a factor in their eventual breakup. “After Jennifer’s vacation to London some weeks ago, Jennifer and Vince mutually opted to discontinue their relationship but continue to be excellent friends today,” their joint statement said at the time.

Jen later began dating artist John Mayer. After meeting at an Oscars celebration in February 2008, the Dead & Company singer and the Friends alum began dating. The pair broke up that summer, although they were back together before the Academy Awards in February 2009. They called it quits soon after their rare public appearance. While it’s unknown whether the two are still in touch, Jen appeared on his Instagram Live earlier this year, indicating that they’re still on good terms.

Jen had a brief flirtation with Bradley Cooper in 2009 while he was filming, He’s Just Not That into You. The couple’s connection is unknown; however, they are thought to have stayed amicable. Despite having been linked to the actor, Bradley clarified the pair’s alleged dates in 2010. “I was reading about me taking Jennifer Aniston to my Bel Air estate for a candlelit dinner and thinking to myself, ‘That’s ridiculous.’ According to Us Weekly, he told Details in 2010 that “never happened.”

Jennifer met her future second husband, Justin Theroux, on the set of Tropic Thunder in 2007. They made their relationship official in 2010 when they collaborated on the film “Wanderlust,” and they announced their engagement in 2012. In 2015, they married in a surprise ceremony, and the newlyweds went off to Bora Bora for their honeymoon. Despite this, they declared their separation in 2018 and later divorced. 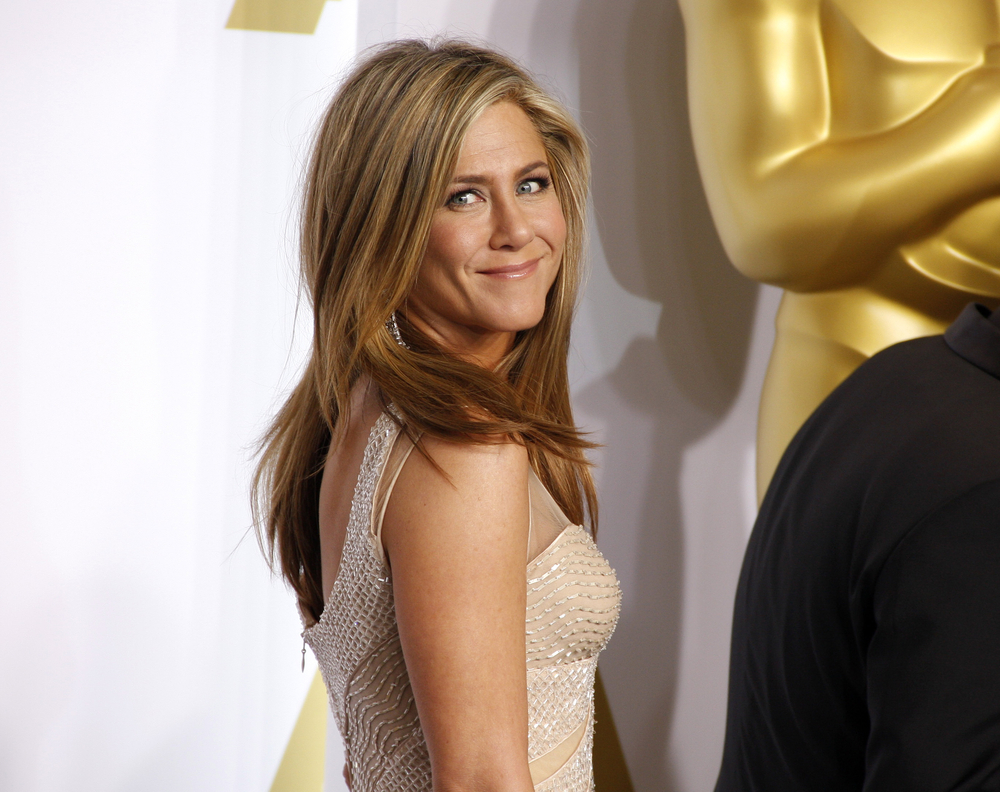