Who is The Weeknd dating?

The Weeknd is the stage name of Abel Makkonen Tesfaye, a Canadian singer, songwriter, and record producer. He rose to prominence after uploading several of his songs to YouTube under the alias ‘The Weeknd.’ He was inspired to become a vocalist by the famous Michael Jackson and was subsequently influenced by R&B performers such as Aaliyah, Missy Elliott, Timbaland, and The Neptunes. He began his career by releasing mixtapes for free on his own website. His three mixtapes, ‘House of Balloons,’ ‘Thursday,’ and ‘Echoes of Silence,’ helped him build a following. His studio albums have garnered favourable reviews.

Tesfaye, who suffered from shyness and insecurity as a youngster, took purposeful steps to avoid publicity during his early career. He avoided doing interviews and didn’t even put his own photograph on the covers of his mixtapes. On Twitter, he connected with his followers. However, he gained confidence when his songs began to top charts across the world. He has previously collaborated with Kanye West, Beyoncé, Ed Sheeran, Kendrick Lamar, and Drake. Tesfaye, who wants to be recognized for being distinct and unusual, began with his most identifiable characteristic, a hairdo inspired by Jean-Michel Basquiat.

The Weeknd’s dating history appears to be more dramatic than it is, but the musician has only had a few high-profile romances since bursting into the spotlight! His personal life was rather quiet until 2015 when he made his first public appearance with model Bella Hadid. Since then, fans have been following The Weeknd’s relationships with bated breath as he’s made red carpet appearances with his renowned companions. So, just who has he dated? The list is actually rather short, with only a few publicized romances: Hadid, Selena Gomez, and, most recently, DJ Simi Khadra. Here’s an in-depth look at The Weeknd and the ladies he’s dated.

The Weeknd initially started seeing Bella Hadid in 2015. According to Us Weekly, their romance began in May of that year and lasted for many months. The pair even cooperated professionally in December, with Hadid appearing in the music video for “In the Night.” A year later, in November 2016, the couple divorced, claiming their hectic schedules as the reason their relationship did not work out. “Their schedules have been too difficult to manage, and he is focused on finishing and marketing his record,” People said at the time. “They still have a lot of affection for one other and will be friends.”

However, their on-again, off-again relationship was not over. They were sighted together in May 2018 at Cannes, and they dated again till mid-2019. According to insiders, the most current news about their romance was that they were “talking still” again in June 2020.

According to People, The Weeknd was rumoured to be dating Selena Gomez in 2017 after his initial breakup with Hadid. It was later confirmed through sources and Instagram posts. Instagram does make it official! In March, a source told interviewers and media outlets, “They’re doing fine together.” “Abel is really nice to Selena and makes her happy.” The romance, however, lasted less than a year, as they split up in October of the same year. Fans of both artists were left shocked after finding out about the split. It is also reported that both singers did in fact write songs about each other.

The Weeknd looks to be dating DJ Simi Khadra right now. They’ve been spending a lot of time together, and they were caught kissing in Las Vegas in February 2022. Only time will tell if the situation is serious.

After being linked for the first time in April 2021, The Weeknd was rumoured to have begun a fling with DJ and extrovert Simi Khadra in early 2022. Simi is good friends with model Bella Hadid, who notably dated The Weeknd, actual name Abel Tesfaye, on and off for four years until August 2019. In February 2022, Simi and the singer were seen having dinner at Sunset Tower in West Hollywood, following allegations that Bella had unfollowed both Abel and Simi on Instagram. Abel and Simi have yet to respond to the reports. Though it does seem more than official to fans and the public. This has brewed up a bit of a fume between the two friends as you can tell. An unfollow goes a long way in this day and age. 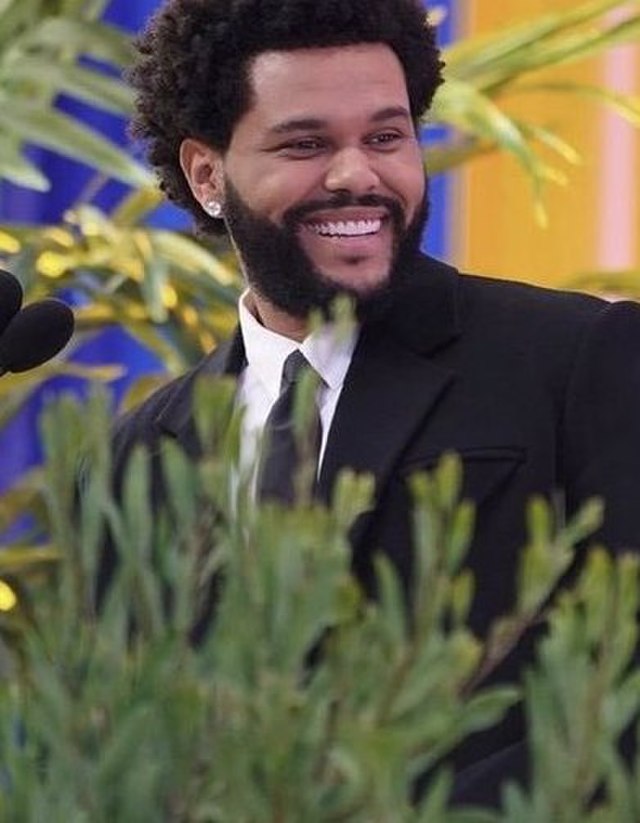