Who is Millie Bobby Brown dating?

Millie Bobby Brown became a national name owing to the Netflix series Stranger Things; here’s all you need to know about the star, including her age, hometown, and boyfriend.

Millie Bobby Brown is a young emerging talent who rose to prominence with her part as Eleven in Stranger Things. Since then, the actress has embarked on several major film roles, we’re sure you know of her.

Since Millie Bobby Brown captivated audiences as Eleven in Stranger Things, many have wondered if the actress is single. In June 2021, the actress fueled relationship speculations with musician Jon Bon Jovi’s son Jake Bongiovi. According to images received by the Daily Mail, the couple was seen holding hands while walking around New York City. While they haven’t remarked on their connection, people think that they’re more than just buddies. Jake previously posted a selfie with Millie with the caption “Bff 3.”

Millie has previously been romantically linked to rugby players Joseph Robinson and Jacob Sartorius. Fans also speculated if she was more than pals with her Enola Holmes co-star Louis Partridge, but she denied any intimate relationship between them. Millie told Girlfriend in September 2020, “Louis and I worked extremely hard at connecting and building a very deep friendship so that the roles seemed as authentic as possible.” “Fortunately, he’s now just one of my best pals.”

So, if Millie isn’t with Louis, who is she with? In Stranger Things, the actress has been known to keep her personal life private and focuses on the connection between her character, Eleven, and Finn Wolfhard’s character, Mike. “While there is a love tale between Mike and Eleven, there are many more forms of partnerships.” In June 2019, the actress told the Jakarta Post, “Love is whatever you want it to be.” Millie also discussed her first kissing moment with her co-star.

We went ahead and created a little list of the brunette beauty’s love life, including everything from her present relationship to her previous partners and everything in between.

Millie and Jake Bongiovi ignited relationship rumours for the first time in June 2021. They made the information public in November 2021. Nothing much is known about the couple, but it seems to be going well for them.

Millie and Joseph initially ignited dating rumours in January 2020, when the rugby player uploaded a Snapchat selfie of himself snuggling close to the actress. He tagged it “Ly x,” which appeared to stand for “Love you.” After doing some research, fans discovered that it wasn’t the first time the two stars had hung out. Joseph Robinson shared a few images from his Maldives holiday in November 2019, one of which included Millie. The Stranger Things star also shared a photo of herself wearing the shirt of Joseph’s father’s rugby side, and she commented on a number of his Instagram photos! However, sources claimed in August 2020 that they had broken their romance after 10 months together owing to their hectic schedules.

They unfollowed each other on social media as well.

In March 2019, rumours circulated that Millie and Romeo were dating. “It’s early days, but they form a really charming pair,” a source confirmed at the time. Millie previously acknowledged having love for the model when asked who she wanted her character, Eleven, to end up with. “I’m not sure. “Something involving Romeo Beckham,” she explained. The brunette beauty even gave Romeo a birthday shoutout on her Instagram Stories in September 2018! However, the connection must have failed since that was the last fans heard of the purported pair.

Millie and Jacob were together for seven months before deciding to split up. They originally made their romance public in October 2017, and they instantly became couple goals, publishing a slew of PDA-filled images together and raving over one other nonstop! However, in July 2018, the actress announced their unfortunate break-up on Instagram Stories. “With Jacob and I, the choice was absolutely mutual,” she wrote. “We’re both happy and still friends.”

But it didn’t stop there. In December 2018, Jacob announced that he had a secret girlfriend, and fans soon assumed that he was referring to Millie and that they had quietly reconciled. Why? They were discovered on social media like each other’s photos, writing romantic remarks, and wearing each other’s outfits. Not to mention, a fan claimed to have seen the couple holding hands in New York City. Though nothing actually was confirmed and we are assuming that it ended on mutual terms.

Fans naturally ship Noah Schnapp and Millie since they are frequently hanging out and sharing the cutest photos together. However, it turns out that these two never dated sorry, guys! We know how exciting the formation of this couple would have been.

Stranger Things’ Millie and Finn characters had so much chemistry on screen that fans began to question if the actors had emotions for one other in real life as well. But they have often said that they are merely pals. Sorry to break your hearts again! 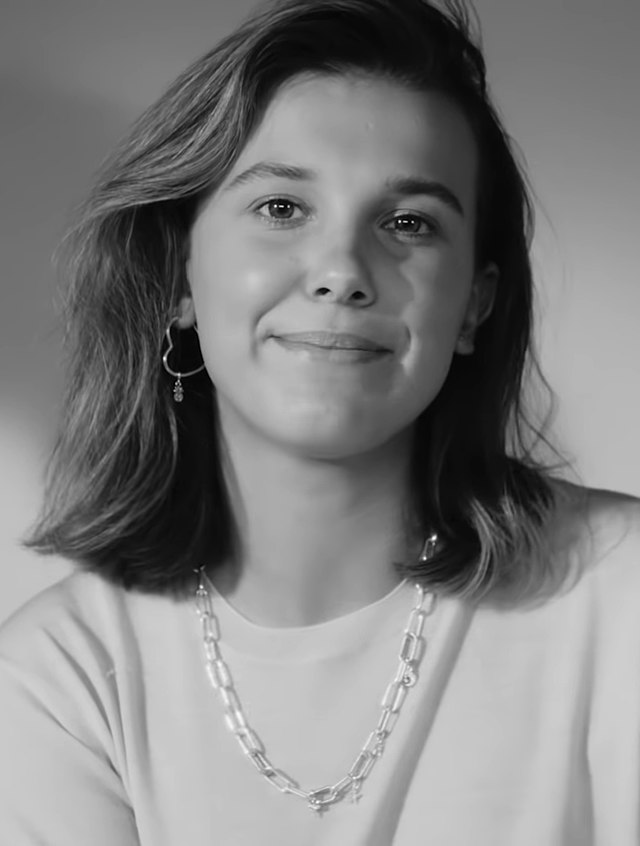