Who is Eduardo Rodríguez Dating?

The online version of Eduardo Rodriguez’s biography states that he was born on January 26. Eduard Rodrguez lvarez is his full name, and he was born in San Luis Potosi in 1974.

Among his past relationships are his ex-partners Martha Julia, Vanessa Guzmán and Erika Rumbos, these last two were his wives. He has two children: José Eduardo Rodríguez Guzmán and Antonella Rodríguez. Eduardo Rodríguez is 1.80 meters tall and his approximate weight is 77 kilos.

Two romantic relationships have already developed in La Casa de Los Famosos, one of which being Eduardo Rodriguez and Daniella Navarro, who don’t hold back in their shows of passion on the show.

One of the prominent males in La Casa de los Famosos 2 is Eduardo Rodriguez. Although he had an affair with Ivonne Montero in the past, the actor showed that it is now in the past and that he is currently experiencing a passing romance with Daniella Navarro.

Eduardo Rodriguez and Daniella Navarro spent some time alone in the room of La Casa de los Famosos 2 and were quite affectionate.

Regardless of the cameras and that millions of viewers saw them, Daniella Navarro leaned on Eduardo Rodríguez’s legs and covered them with a cushion, the two celebrities began to caress each other and kiss each other.

Fans and their own companions from La Casa de Los Famosos 2 claim that the couple was holding hands despite the fact that the photographs do not clearly show what they were doing.

The moment caused a stir among the followers of La Casa de Los Famoso 2, after the lawsuit between Niurka and Laura Bozzo.

In La Casa de Los Famosos, 17 famous people—actors, singers, athletes, and other popular figures—are cooped up together without access to the internet, radio, or television—and, most importantly, without any privacy, because cameras are on the competitors around-the-clock.

Someone is removed or eliminated from La Casa de Los Famosos every week, usually on Mondays. A weekly leader is selected in the house before all of this. The leader enjoys immunity, which means he cannot be removed and can, instead, prevent the expulsion of one of his fellow nominees.

The nominees are defined through a secret vote, by the inhabitants of the house, among the participants.

Each participant is given three votes or points. You must assign two of your votes to one person and one to another. You can’t name yourself. The four competitors with the greatest number of points or votes after the vote of all the residents of La Casa de Los Famosos are nominated to be kicked out of the house. There may be more than four nominees if there is a tie in the number of votes. In the past, there have been as many as five or six nominees.

The public votes on the nominations to choose who should or wants to depart from La Casa de Los Famosos. The weekly leader of the house has the privilege and duty to save one of her companions before knowing the result of the vote.

As was stated at the beginning, celebrities are locked to a home where they are cut off from the outside world since there is no internet, radio, or television, and, more importantly, there is no privacy because cameras are installed all over the place. Cameras with infrared functions are included that capture their movements in the dark.

The La Casa de Los Famosos competitors must pass dexterity, physical, and/or ability tests before receiving a budget to buy the food they will need for the rest of the week. They may or may not keep the full budget for shopping based on the test results. 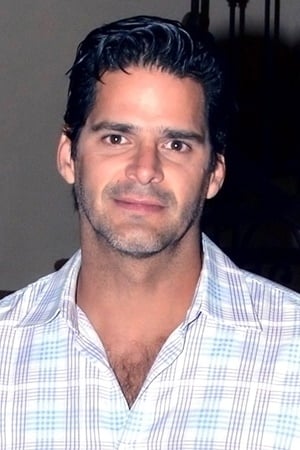