Who is Chrishell Stause Dating?

Fans of Netflix’s Selling Sunset were taken aback last year when it was revealed that real estate star Chrishell Stause was dating her employer, Jason Oppenheim, one half of the dynamic Oppenheim Group combo. It was obvious that the two got along well, but no one realized how close they were. Despite all of the fuss, the romance didn’t endure. Chrishell has stated that their parting was amicable because of a major issue that neither of them could compromise on: having children. Season 5 of Selling Sunset premiered last week, and viewers have just learned more about Chrishell and Jason’s friendship.

The couple made their romance public in late July, after posting some pretty affectionate photos on Instagram. Fans who binge-watched season 4 puzzled why the couple’s brief relationship was not depicted. Chrishell told E! News in an interview that it was her choice to keep their fledgling connection under wraps at first until they “understood precisely what it was.

However, a lot has happened since then. Here’s what’s happening in Chrishell’s love life right now, as well as what happened between Jason and Chrishell.

Who is Chrishell dating now?

Chrishell told interviewers back in February that she took a break from dating before getting back into it.

Her love affair with employer Jason Oppenheim, on the other hand, encouraged her to abandon her Cinderella notions and appreciate relationships for what they are. “My last relationship was so perfect in every way, except for the fact that we just wanted different things.” “There is still a lot of affection there,” Chrishell told journalists in an interview. “I used to assume that if you didn’t ride off into the sunset, the relationship was a failure,” she explained. “And my friendship with Jason shifted my perspective.”

Now, whispers are circulating about Chrishell’s probable new fling… is G-Flip. She may or may not be in a new relationship, with Australian singer G-Flip, who’s been hinting at it for a while.

Georgia Flip, a.k.a. G-Flip, was photographed with Chrishell at a performance in Los Angeles in March. They’ve also been giving each other some rather suggestive remarks on Instagram. “How can you make us emotional and hot at the same time?” Chrishell remarked on one post. “Your strength.” they’ve also been using a bunch of suggestive emojis, which friends would not use.

G-Flip and Chrishell have not confirmed anything, but the singer was included in a picture dump from the realtor’s Instagram. “,” G-Flip wrote on the post.

Let’s see whether any of these reports are true in the future.

Chrishell claims that her and Jason divorced because they couldn’t agree on how to raise a family.

“I know Jason is really proud of me, and we adore each other,” she stated during the interview. “You can’t talk your way out of this dilemma.” It is what it is.” Despite this, Chrishell is “very proud of” their relationship, saying, “I think we entered and left it with so much respect and love for one other.”

Chrishell also stated that she intends to become a mother whether or not she finds the perfect partner. “I’d love for [finding a spouse] to happen, but if it doesn’t, I think I can do it on my own,” she remarked.

According to ET, the separation “was a long time coming.” “Chrishell wants to have children considerably sooner than Jason,” the source claimed. “She is really interested in creating a family, and that is not something Jason is thinking about right now.” “Chrishell felt she had to get serious with herself and hurt her own heart by quitting her relationship with Jason since having babies is her top priority,” they said. She does not want to wait or remain idle.

What did the couple say about their breakup?

“Jason was and is my best friend, and other than our plans for a family eventually not aligning, the amount of respect and love we have for each other will not alter in the future,” Chrishell said in an Instagram caption. “And thank you for the most beautiful relationship and for always being honest with me, even when it hurts,” she said.

According to Jason’s own post: “Chrishell and I are no longer together, but we are best friends who will always love and support one another. She was the most fantastic girlfriend I’d ever had, and our relationship was the happiest and most gratifying of my life.” 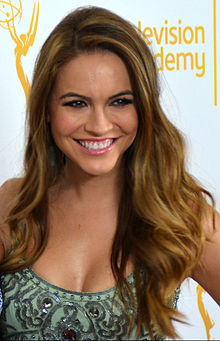