Who is Madelyn Cline Dating?

If you’re a fan of Netflix’s most popular shows, you’ll remember Madelyn Cline from the blockbuster program, Outer Banks. Madelyn featured in the 2018 film Boy Erased opposite Nicole Kidman and Joel Edgerton and had an appearance in Stranger Things as Tina in episodes 9 and 10 of Season 2.

She has also appeared in shows such as The Originals, Day by Day, and Maid to Order. Madelyn, an actress and model, plays one of the major characters, Sarah Cameron, and realized all of our fangirl fantasies when she began dating co-star Chase Stokes in real life.

Unfortunately, it appears Madelyn Cline and Chase Stokes have split up, and while we are devastated by these speculations, we do know Outer Banks season three is on the way. And, with a new season on the way, what better opportunity to delve into the emerging star and discover who Madelyn Cline is? Most importantly who she is dating!

Madelyn Cline and Zack Bia were photographed out on what appeared to be a date lately, only weeks after the Outer Banks actress stoked rumours that she was reuniting with her ex-Chase Stokes. According to images acquired by paparazzi at the sight, the Netflix star celebrated her birthday a few days early with Zack, who dated singer Madison Beer from 2018 to 2019, at Giorgio Baldi in Santa Monica, California on December 19, 2021.

Madelyn, who will turn 24 on December 21, 2021, was seen exiting the restaurant with the 25-year-old social media celebrity after dining with him. While it’s unknown if the birthday meal was platonic or amorous, the excursion has fans speculating about Madelyn’s true relationship status after her split from Chase. On December 23, 2021, a source verified to Us Weekly that Madelyn and Zack are “spending a lot of time together” but are not formally in a relationship. “Madelyn and Zack have spent a lot of time together.” “She’s being tight-lipped about the status of her connection with him,” the person claimed.

According to the insider, Madelyn and Zack’s relationship has yet to be “labelled” because “they have only recently begun seeing each other.” However, the insider said that Madelyn celebrating her birthday with Zack at a Los Angeles Lakers game was “very indicative” of their romance. “They may appear to be an unusual couple, but she’s the type of person who will get along with everyone,” a source added. “They look good together.”

Chase and Madelyn split in November 2021, with insiders telling the public earlier that month that the couple had called it quits after more than a year of dating. At the time, a source informed the outlet, “Madelyn and Chase are no longer together.” “They were attempting to sort things out quietly but split up a few months ago.” Nevertheless, not long after their breakup, the couple were photographed spending time together during the Thanksgiving holiday, sparking rumours of a reunion.

When questioned regarding their dating life following the holiday, Chase Stokes told interviewers that he had “no comment,” but that Madelyn is still one of his “favourite” people. On December 2, 2021, the actor told the site, “She’s one of my favourite people on the earth.” “You know, it’s very great to work with someone you care about that much, and yes, I’ll leave it at that.”

Following his statements, insiders told Entertainment Tonight that he and his Outer Banks co-star were thinking about reuniting. While Chase and Madelyn “did their own things when they were broken up,” a source said the couple finally “felt like they were trying to push themselves into being alone.”

“Madelyn and Chase care about each other,” the source noted at the time. “They believed they needed to be apart in order to get back on track and be together in the future.” Their relationship was once quite serious, and they are now gradually getting back into things and giving it another shot. They’re not back together completely, but they’re taking things slowly and seeing where things go.” Only time will tell if Madelyn and Chase still have a shot after Zack’s supper. 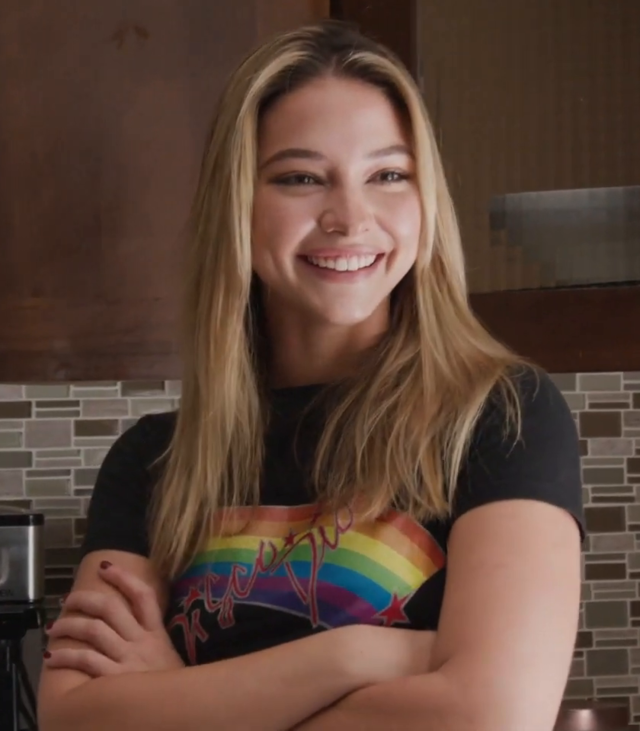