Who is Paige DeSorbo dating?

The cast of Bravo’s “Summer House” is overflowing with talent and potential. Paige DeSorbo is one of these actors, and she earned a reputation as one of the show’s true fashionistas. She is known for redefining her style using mass consumer brands like Zara and Forever 21 rather than designer brands.

Piage DeSorbo is a model and actress from the United States who was born on November 6, 1992. She was born to Kimberly DeSorbo (mother) and Gary DeSorbo (father) in Loudonville, New York, USA. Her family also has a brother, whose name is still unknown. The actress is known for her notable work in the films Summer House (2019), Winter House (2021), and Spare Me (2020). Her Instagram account now has 751K followers, and she is active on the platform.

She became a freelance TV host, which provided her with an excellent platform for expressing her ideas and opinions. Here’s what we know about her personal life.

If you wonder who is Paige DeSorbo dating, we should start from the beginning. Paige DeSorbo was in a relationship for a year till the fall of 2020. In August 2019, she shared a photo of herself hugging Perry Rahbar on Shelter Island’s Sunset Beach. Their relationship has remained mainly hidden from public view. In Season 4 of Summer Home, she opened up about her personal life, saying she had to spend the previous summer without Perry.

Paige and Perry first met in 2018. They were friends at first till the day he confessed his feelings for her. They began dating at that time. During her summers in the Hamptons, she despised being separated from Perry. Finally, she said that she would not miss the rest of the summer with her friends. For the most part, their relationship was strong, and Paige wore the Cartier ring he gave her as a token of their love. Paige has spoken about her breakup with Perry and said that she didn’t feel ready to take on some responsibilities that she knows he’s so ready for.

She continues that he’s ten years older than her, a lot smarter, a lot more educated, and simply more mature.  And she never wanted to disappoint him. So she just thought that perhaps it was the right moment for them. Furthermore, the pandemic forced them to face their problems straight on. They discussed their future for some time before deciding to put an end to everything. While Perry was ready to settle down, Paige admitted she wasn’t. Fortunately, they parted amicably and are still on good terms. Paige stayed in New York while Perry relocated to Miami.

According to rumors, in the third season of “Summer House,” Paige was involved with Karl Radke, one of the main characters who was her partner. They were definitely attracted to each other, and they met in the kitchen pantry, which was free of video cameras, at some point. Nobody knows what happened, but there have been rumors about how close they were emotionally and physically.

Paige and Carl’s relationship did not develop into something significant by the end of the season, and their chemistry gradually declined. After her split from Perry, fans immediately returned to her story with Radke, hoping that they could rekindle their connection. However, she is said to have dismissed any rumors about the duet.

Paige appears to be single following her breakup with Rahbar. Prior to meeting Perry, she briefly used the dating site Raya in 2018, where she met comedian Jeff Dye but didn’t seem to acknowledge his lyrics. Her year-long relationship with Perry Rahbar, which ended soon before filming on season 5 of The Summer House began, was the most significant change in her dating life.

Paige DeSorbo and Craig Conover do meet, and their romance grows as time passes. Bravo fans should know that Paige was head over heels in love with Andrea Denver and Craig dated Natalie Hegauer. In May 2021, he confirmed his breakup with Natalie.

Now, speaking of the relationship between the Winter House stars Paige and Craig, it all started a few years ago. Craig has always had a thing for Paige, but she was romantically involved with someone else at the time. Initially, they had a platonic friendship. They grew close during the filming of this tv series. According to the couple, everything happens for a reason. Although not one of them seemed to realize it at first. Paige revealed their relationship on social media in September 2021.

The majority of individuals dislike long-distance relationships. Paige and Craig, on the other hand, think it’s magic. On weekdays, they are both independent and busy. When they’re together, it makes them feel like they’re more present with each other as they don’t use phones or entertain anyone. They keep coming up with new ideas for entertaining activities to do together. Page and Craig spent Thanksgiving last year with their Delaware family as well as their New York family. They also dressed up for Halloween as Pamela Anderson and Tommy Lee.

When asked about the engagement, Paige replied that it had been several months since they met each other. They haven’t made plans for marriage yet, but if she can connect it back to the diamond ring, she will without a doubt do so. They continue to share images of their pair on social media, with friends and colleagues sending encouraging and lovely comments.

We hope that their wedding will take place soon, despite the fact that they have not yet planned it. 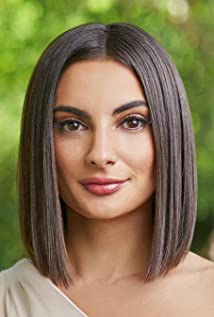