Who is Machine Gun Kelly dating and who are his ex-girlfriends?

After nearly two years of dating, Machine Gun Kelly proposed to actress Megan Fox, and the two are now engaged. A while back, the couple announced their engagement on Instagram, saying they celebrated by “drinking each other’s blood.” They may find it strange, but what matters is that they are content. Although he is happily committed to Megan, she isn’t the only well-known celebrity he has dated. The rapper, whose real name is Richard Colson Baker, has dated a number of famous people and allegedly had affairs with others, including Chantel Jeffries and Halsey. See Machine Gun Kelly’s complete dating profile below.

In May 2020, Machine Gun Kelly and Megan Fox started dating.  Machine Gun Kelly and Megan Fox announced their engagement on Instagram, making it official. In July of 2020,, we sat under this banyan tree, Megan captioned a video of the engagement. We requested magic. We were unaware of the suffering we would endure together in such a quick, frantic time. We were intoxicated by the love and unaware of the work and sacrifices the relationship would demand of us. And the karma”. “However, a year and a half later, after we had endured hell together and had laughed more than I could have ever imagined, he proposed to me. And just like in every previous lifetime and in every life to come, I replied in the affirmative. She ended the caption by revealing: “…and then we drank each other’s blood”.

The engagement ring combines her birthstone and his birthstone, according to Machine Gun Kelly, who claims to have “designed alongside Stephen Webster.” The emerald (her birthstone) and the diamond (my birthstone) are set on two magnetic bands of thorns that draw together as two halves of the same soul to form the obscure heart that is our love, according to the caption he wrote with Stephen Webster. In an Instagram post that featured the pair posing in front of a mirror, MGK claimed that he had “waited for eternity” to see actress Megan Fox from “Transformers.” The happy couple is shown in a black-and-white photograph sticking their tongues out while holding arms around each other’s waists.

Although it has never been confirmed or denied, MGK and Emma Cannon are frequently thought to have wed. Little is known about their relationship, including when they first met and when they separated, other than the fact that they have a daughter named Casie.

MGK dated Kanye West’s ex-girlfriend Amber Rose in 2015, which was possibly one of his most public relationships. He said at the time that their relationship was “completely natural.” But just two months later, their romance came to an end due to hectic work schedules.

Although it is unlikely that the two musicians were romantically involved, in March 2017 they were reportedly linked. Halsey denied they were dating, but MGK later acknowledged they had gotten close. From 2017 to 2018, Halsey and Machine Gun Kelly reportedly had sporadic relationships.

They didn’t confirm their relationship, but they did go to some public events together and were frequently photographed while out and about. The relationship was thought to have ended quickly.

When they were seen together in January 2020, the rumors that they were dating picked up steam. However, Kate, who once dated Pete Davidson, hit on Instagram and urged everyone to keep their opinions to themselves.

The singer of Bad Things did discuss his brief relationship with fitness model Sommer on Instagram while posting pictures of the two of them together. A month later, he discussed their breakup on Twitter as well. She came and picked up all of her belongings on my birthday, MGK tweeted. nice.” 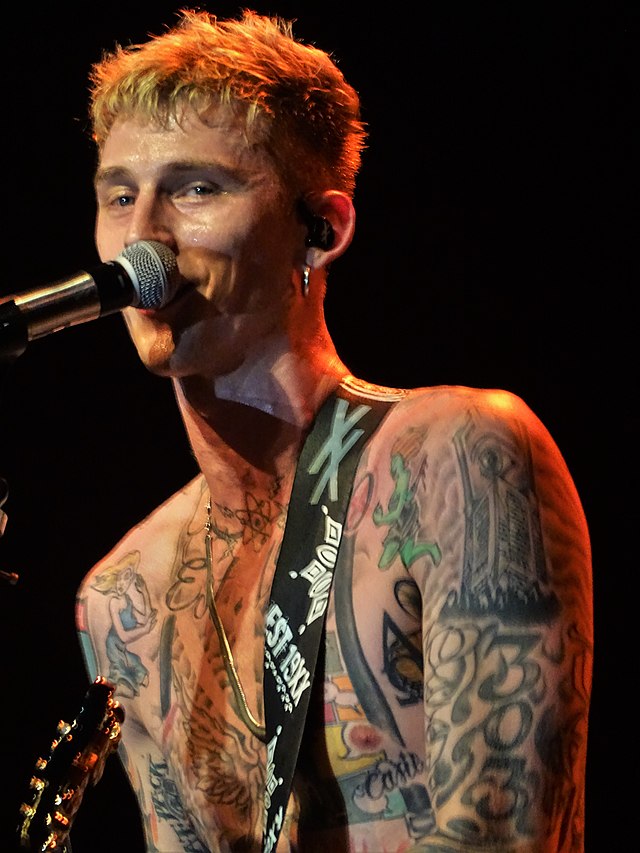