Who is Katy Perry Dating?

​​She has a type! Before marrying Orlando Bloom, Katy Perry dated a number of musicians. She has had high-profile relationships with John Mayer, Travie McCoy, Diplo, and others.

Katy is currently engaged to Orlando, whom she adores. Before he got down on one knee on Valentine’s Day 2019, the A-list couple had been dating on and off for three years. When it came to proposing to the “Dark Horse” artist, the Pirates of the Caribbean star pulled out all the stops. “I thought we were going to see some art after dinner, but instead we pulled up to a helicopter,” Katy explained later that month in an interview with Jimmy Kimmel. While pulling the ring out of his pocket, Orlando passed the “Roar” singer a heartfelt note to read during their romantic ride above the city. Despite the chaos caused by the large box becoming stuck in his pocket, he asked, and she said yes!

“When we landed, it was like James Bond, with everyone wearing an earpiece.” We then proceeded to the basement… and my whole family was there and all my friends. Katy gushed about the special day, “He did so well.” Katy revealed she was pregnant with her first child, a baby girl, in March 2020, and their relationship took another big step forward when she announced she was expecting in August 2020.

Orlando has a 9-year-old son, Flynn, with ex Miranda Kerr, and was overjoyed when his daughter, Daisy Dove Bloom, was born. According to a source close to the couple, he and Katy are “enjoying every minute” of having a baby. “[Katy] hasn’t gotten much sleep and is exhausted, but she understands that it’s all part of the process.” “Her own mother, Mary, is assisting, and Orlando is extremely hands-on,” the source said at the time. Katy finally found her happily ever after a long and winding road. To see her entire dating history, keep scrolling.

Dreams of a teen! Justin York is a musician and Taylor York’s older brother. He began dating Katy when she was just 17 years old.

In 2003, Katy began dating Relient K’s guitarist. She performed with the Christian rock band on occasion, and Matt appeared in her music video for “Longshot.”  In 2005, they called it quits.

The songs “Circle the Drain” and “The One That Got Away” was inspired by this tragic relationship.  From 2005 to 2006, the Grammy nominee dated the Sons of Anarchy actor.

Johnny was found dead in 2012, after a long history of drug addiction and run-ins with the law. Prior to falling or jumping to his death from a rooftop, he murdered his 81-year-old landlord, Catherine Davis. Katy was “devastated” over her ex’s heartbreaking ending, according to a source told Us Weekly at the time.

In 2006, Katy began dating the frontman of Gym Class Heroes, and their relationship progressed quickly. She played Travie’s love interest in the music video for “Cupid’s Chokehold,” and he gave her a promise ring before she became famous with “I Kissed a Girl.” Katy ended their relationship via email in 2008, and they split.  “She wasn’t deafeningly deafened. During a Behind the Music special in 2012, Travie said, “She knew when I was f—ked up,” citing his struggle with drug addiction as the reason for their breakup. “I chose drugs over our relationship. I began to question my role in her life as things began to take off for her. I felt like I was a stepping ladder at times.”

Katy and Russell met in 2008 while filming a cameo for Russell’s film Get Him to the Greek. They started dating in 2009 and married in India in October of that year during a Hindu wedding ceremony. Russell broke up with Katy via text message just 14 months later, after their whirlwind romance didn’t last long.

When asked if she is still in contact with her ex, the “Hot N’ Cold” singer told Vogue in 2016: “Let’s just say I haven’t heard from him since he texted me saying he was divorcing me December 31, 2011.”

Katy began dating the Florence + the Machine guitarist after her heartbreaking breakup with Russell. For a few months in 2012, they were spotted hanging out, including a PDA-fueled day at Coachella.

Drama! Katy and John dated on and off for two years. They started dating in 2012 but broke up the following summer. They reconnected in October of the following year and even attended the Grammy Awards together. In March 2013, however, they called it quits again.

They rekindled their relationship for a third time three months later, recording “Who You Love” for John’s Paradise Valley album, if you didn’t already have whiplash. In February of 2014, they were finally finished.

Her soon-to-be husband! Katy and Orlando first met in 2013 at a children’s benefit, but their romance didn’t blossom until 2016. Reps for the couple confirmed they were “taking respectful, loving space” just days after attending Vanity Fair’s Oscars afterparty together in February 2017. The following month, they reunited, and the rest is history. 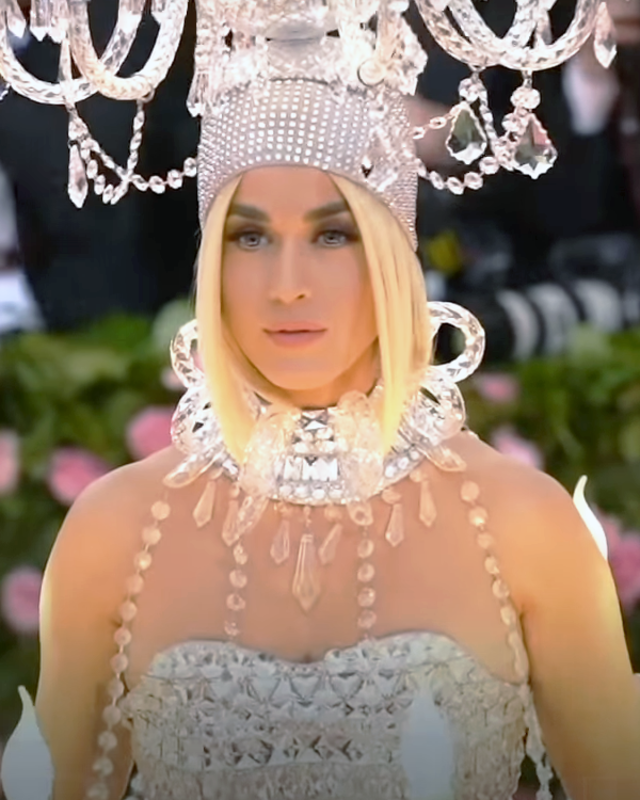