Who is Johnny Depp Dating?

In May 2022, a $50 million defamation trial and a heated court struggle over Johnny Depp’s relationship with Amber Heard ensued. Depp has dated some of the greatest celebrities in Hollywood from the 1980s to the present, so the “Aquaman” actress is by no means his first.

In 1983, when Depp was only 20 years old, he wed makeup artist Lori Anne Allison. According to Rolling Stone, Allison, who is six years his senior, first met the aspiring actor through her brother, who was a member of the band Kids alongside Depp. Many people attribute Depp’s career kickstart to Allison since she brought the aspiring actor to Nicolas Cage, who then introduced him to Depp’s agent, who signed him up and got him an audition for “A Nightmare on Elm Street,” his first on-screen performance in 1984. Allison told TMZ in 2016 that Depp is a “gentle guy” who never slapped or shouted at her, contradicting charges from Heard, and that the couple now get along well, even though they separated up in 1985.

While filming the 1985 short “Dummies,” Depp got to know Sherilyn Fenn, who would become his next love interest. The two continued their three-year relationship by working together once more in 1987 for a “21 Jump Street” episode. Brides.com claims that they were even engaged. Despite the fact that they broke up the next year, like Allison, Fenn has only had kind things to say about her ex in the intervening years. He was quite charming. He was her first love, she admitted in 2017 to The Big Issue. “I had discovered true love. It was with someone who was on the same road as you, but even if he wasn’t, the love and connection were still there as you prepared meals, hung together, and shared laughs and tears. Therefore, that is more important than the fact that he is now a famous figure. He is a person who I know, not a famous actor.

In her 2022 book, “Out of the Corner,” “Dirty Dancing” actress Jennifer Grey claims that the actor proposed to her after two weeks of their initial encounter through her agency at the time. Grey and the celebrity started dating in 1989. When Grey made an appearance on “The Drew Barrymore Show” in May 2022, she also disclosed that she had became engaged to the actor and Matthew Broderick in the same month. She said that on their first meeting, Depp was “ridiculously beautiful” and “surprisingly open, humorous, quirky and charming,” but that he eventually developed rage and jealousy issues, which prompted her to break off the engagement after just nine months of dating.

After witnessing Winona Ryder at the 1989 picture “Great Balls of Fire” premiere, Depp fell in love with her. Everything else becomes hazy after the classic gaze, similar to the zoom lenses in “West Side Story. Depp stated to Rolling Stone in 1991, “I knew then. They would finally connect through a common acquaintance some months later and go on to feature together in the 1990 movie “Edward Scissorhands.” Depp inked the now-famous “Winona Forever” tattoo on his arm during their public courting. Even though the pair split in 1993, Ryder still talks lovingly of their time together and even testified on his favor in Depp’s UK libel lawsuit against The Sun, which he lost. This led Depp to change his tattoo to say “Wino Forever.”

In 1994, when she was still married to Irish actor Gabriel Byrne, Depp started an affair with actress Ellen Barkin. They had a brief public romance before it ended, but in 1998, while they were co-starring in the movie “Fear and Loathing in Las Vegas,” they began a non-exclusive relationship. Depp claims that Barkin still harbours a “grudge” against him because she testified against him in his UK trial, saying he once tossed a wine bottle at her. As a result, Depp claims, he never wanted to make things formal between them. She was working on the movie I was working on at the time, so there was a sexual element that started with Ms Barkin and lasted for months on and off, according to Depp, who also stated that “she wanted a proper connection with me and I did.”

Depp and the model Kate Moss met in late 1994 after being introduced by George Wayne, a celebrity journalist for Vanity Fair. The relationship would end up being turbulent since Moss was discovered by authorities sitting amid the debris when Depp was jailed that year for damaging a hotel room to the tune of over $10,000. The pair remained together until 1998 despite the stressful evening. Since then, Moss has opened out about how difficult the breakup was for her and how it resulted in “years of sobbing” over the “City of Lies” actor.

Following his breakup with Moss and a brief fling with Barkin, Depp started seeing Vanessa Paradis, who would become his next long-term love. While Depp was filming Roman Polanski’s “The Ninth Gate” in Paris, French singer Paradis met him, and the two went on to date for 14 years. Jack was born in 2002, and Lily-Rose, a girl, was born in 1999. Depp admitted to Rolling Stone that their separation “wasn’t easy for [Paradis]” when they called it quits in 2012. For me, it wasn’t simple. The youngsters had it tough. It doesn’t change the fact that you care about that person and that she is the mother of your children; as a result, you will always be acquainted and involved in each other’s life as a result of those children.

After meeting on the set of the 2009 movie “Rum Diaries,” Depp and Amber Heard started to stir up relationship rumours in 2011. On the “Pirates of the Caribbean” actor’s own Caribbean island, the pair were married in 2015. Depp allegedly told his best man as they were walking from the ceremony to the reception on his wedding day, “Now I can hit her,” suggesting that their union was doomed from the start. Depp has consistently accused Heard of being aggressive herself while denying ever physically abusing Heard. In the end, Heard requested a divorce, which was completed in 2016. The pair were involved in a $50 million defamation lawsuit filed by Depp against Heard in May 2022.

In September 2022, Page Six announced Johnny Depp’s connection with London-based attorney Joelle Rich. Rich did not take part in the defamation cases involving Amber Heard but defended Depp in his 2020 UK libel action against The Sun. Rich allegedly stayed in the Virginia courthouse for the whole of the 2022 trial to “support” the actor. “She had no duty to be there on behalf of her employer. A source informed Us Weekly that it was personal. 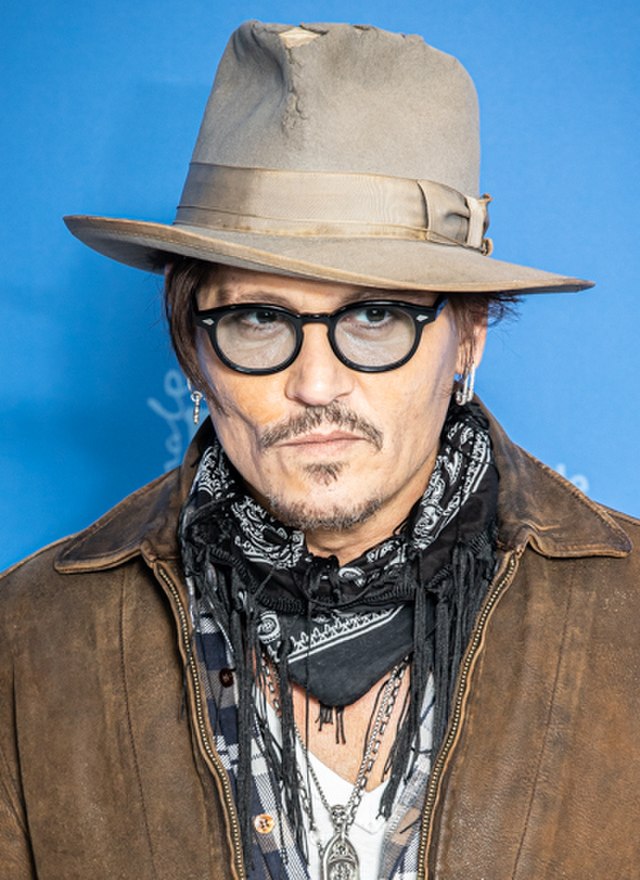