Who is Jeffree Star Dating?

It’s difficult to go a day without having heard anything about Jeffree Star. He’s a renowned makeup artist who’s been famous since Myspace was the most popular social networking platform. Jeffree Star is regarded as one of the world’s most influential makeup artists. He has a number of items on the market and has established a name for himself in the business world.

He also continues to create news as a result of the drama he seems to cause. He’s had it up to here with a slew of other beauty industry professionals, YouTubers, and sometimes even celebrities. His romantic life is another area of his life that is always made public. Since becoming famous, Star has had a number of boyfriends and rumored boyfriends.

If you were a MySpace user in the early 2000s, you’re aware that Jeffree Star has been well-known for a long time. However, despite his moment in the limelight, the popular YouTuber-turned-beauty-mogul has only had a few major relationships.

Star has been at least somewhat upfront about who he’s dating since he rose to stardom on MySpace. So, we’re looking into who’s on Star’s extensive list of reported and confirmed lovers.

The Rise to Fame

With his music and beauty-related videos, he has taken the glamorous world by storm in all of his quirkiness. His dazzling demeanor has been the buzz of the town for quite some time now, with her hot-pink hair as well as heavily-done eye makeup! He does not want validation to prove his worth as an artist, despite working as a beauty guru and now using social media as his stage to display what he is passionate about! This pop artist has also been in the limelight for songs that go the other way when it comes to prejudices and gender stereotypes.

He has been infecting the internet since 2003, from singing with Nicki Minaj to becoming an important billionaire. But, as we’ve seen, life at the top can be lonely, and this superstar has had his fair bit of experience.

There’s no denying that the world of beauty influencers is growing, and several of the industry’s icons have proven to be unstoppable. Jeffree Star, a self-taught makeup artist, can attest to this. He developed an empire from the bottom up and continues to prosper despite the challenges he faces. Learn about Star’s journey from aspiring musician to legendary influencer, as well as the challenges he’s faced along the way.

Who is Jeffree Star dating now?

Many well-known men have dated cosmetics artist Jeffree Star, and this list will tell you all about them. This thorough dating history includes Jeffree Star’s previous relationships and dating rumors, and it tells you everything you need to know about Jeffree Star’s love life. Hold yourself back, you might get shocked by this news and need water to drink.

These gentlemen come in different kinds and sizes, but they all have one thing in common: they’re all men who Jeffree Star has dated or linked up with. He, like the rest of us, has been through a number of relationships and heartbreaks, but this hasn’t stopped him from maintaining his renown throughout the years. It’s easy to be envious of the men Jeffree Star has dated, so do your best to keep your jealousy in check.

Star stated in a recent YouTube video that he is now single. “I’m not married. He stated that he is not sleeping with anyone.   However, the context in which he revealed his relationship status emanates from accusations spread by fans and media socialites that Star had an affair with Kanye West.

Several weeks ago, reports began to circulate that Kanye West had been added to Star’s list of boyfriends. People saw that Star and West are both currently based in Wyoming, and this sparked a lot of uncertainty. Some suspect that Kim Kardashian is divorcing Kanye West because of Star.

In a video, Star finally addressed the rumors. He stated that he likes really tall males.  He went on to say that he had never met West before and that “the whole thing is extremely hilarious.”

Nathan Schwandt was one of Star’s most well-known boyfriends. The two began dating in 2015, and their relationship appeared to be going well on social media. Star frequently shared footage of their life together in Star’s mansion, as well as the couple even kept pets together. Star, on the other hand, posted a seventeen-minute film explaining their breakup in January 2020.

Andre Marhold, a professional basketball player, became one of Star’s boyfriends in the summer of 2020. Star shared a selfie of himself sitting on the knee of someone whose face couldn’t be seen in August. However, based on the arm tattoos, people concluded that the mysterious man’s identity was Marhold.

Star began posting more images of them together once people realized who he was. They even spent time in the Wyoming mountains together. However, the two appear to have separated up lately.

Lo and Leezy, two of Marhold’s former girlfriends, expressed their displeasure with their ex-current boyfriend’s relationship. Lo stated on Twitter that her ex in the shade room for Jeffree Starr is not how she expected to start her day.   Nikki Jzo, Leezy’s business partner, told Life & Style that Leezy was “devastated” after hearing the news.

Chris Crocker, the YouTube sensation who made “Leave Britney Alone” popular, was seen to be one of Star’s first public boyfriends. The two are said to have dated from 2005 to 2009, but neither has confirmed or denied the relationship.

Around the same time, Star and Crocker became well-known on social media. Crocker began to gain fans on both MySpace and YouTube once Star became popular on MySpace.

There are no other relationships

Star hasn’t had any additional boyfriends, at least none that are known to the public. Even though he claims to be single at the moment, the Kanye rumors continue to circulate. It’s unclear whether Star has had previous relationships in the past or is hiding one currently. 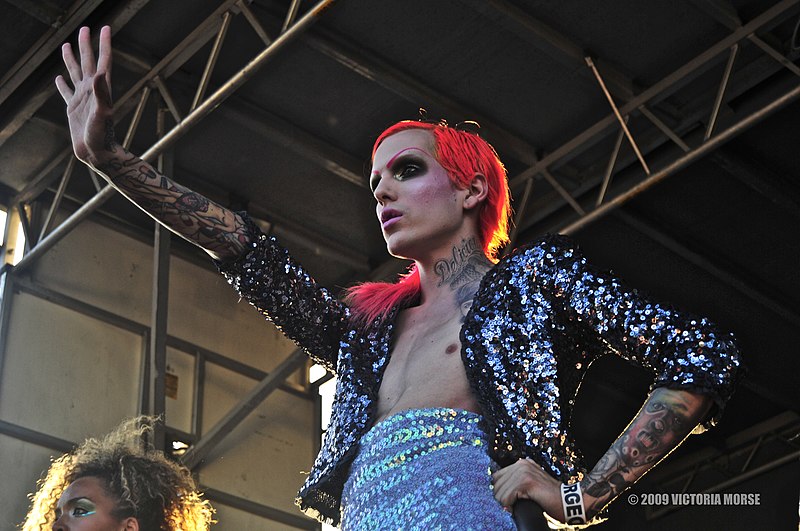