Who is Dove Cameron dating?

Is she dating anyone right now?

Dove Cameron’s romantic life hasn’t really had a chance to go too wild because she’s still young and has only been in long-term relationships. She’s 25 years old and has spent nearly eight years of her life in two relationships!

Fans are interested in Dove Cameron’s music career, acting career, as well as other interesting facts about her when she is not being discussed for her romances. Her music is peaceful and relaxing to listen to since she expresses herself via her lyrics. As of right now, she has 39 million Instagram followers who are completely enamored with her and are likely interested about who she has dated in the past.

She has spent seven years of her life in a relationship, despite the fact that she hasn’t romanced many individuals in the past. Dove Cameron’s dating history suggests she’s a long-term relationship kind of gal, with three-year romance with Ryan McCartan and four-year romance with Thomas Doherty, and she’s likely solo for the first time in eons. Cameron disclosed her split from Doherty in an October 2020 tweet, and she doesn’t appear to be dating anybody new at the present. Cameron, on the other hand, appears to have a thing for co-stars, as seen by her two big on-set romances.

She is currently unmarried, but she isn’t planning on staying that way for long. When discussing her song “We Belong,” which incorporates gay and lesbian couples in the lyrics video, she addressed her bisexuality. “That’s really beautiful,” she said, speaking as a bisexual. I didn’t want my artwork and visuals to be limited to heterosexual couples.” We’ll be thrilled for her regardless of whether she dates a new guy or a new girl next.

On the set of Liv & Maddie, she met her first boyfriend, Ryan McCartan, in 2013. The Disney Channel show, which aired for four seasons, was classified as a comedy. It’s about two sisters who, despite their appearances, couldn’t be more dissimilar. One sister is a basketball player in high school, while the other is a successful Hollywood actress who has starred in a television show. She may never have met Ryan McCartan if it wasn’t for this episode.

She was asked to marry Ryan McCartan in 2016! “It was quite spur-of-the-moment,” she explained of the idea. Everything about it was ideal. Traditional was replaced with romantic and bohemian. ‘I know you’re my person,’ we both said. You already know who I am. ‘No one else exists.'” During that moment, they were completely enamored.

Their connection went beyond the usual lovey-dovey couple stuff. The Girl and the Dreamcatcher was established as a result of their friendship. In 2016, they published their debut album Negatives, which featured a collection of adorable and catchy pop songs. The music can still be found on YouTube, Spotify, Apple Music, and other streaming platforms.

When asked about the breakup during an interview with Seventeen in July 2019, Cameron didn’t reveal much about the quick split. She admitted, “It was my first ever real romance, and it was on-screen and off-screen.” “I kept a lot of the low-laws from that first relationship a secret. My partner really put it in my ear that I had to keep things looking beautiful all of the time.”

Things became much uglier in January 2020, when McCartan suggested Cameron had cheated on him when they were engaged. Cameron did not directly address the allegations, but she appeared to allude to them by retweeting a photo of a quotation that said, “When a toxic person loses control of you, they attempt to control how others perceive you. Stay above the misinformation, knowing that others will see the truth as you did.”

Cameron sparked relationship speculations with Doherty just a few months after breaking off her engagement to McCartan. In December 2016, she and her Descendants 2 co-star started posting romantic photos of one another on social media, and fans were suspicious when Cameron paid a visit to Doherty in London. Cameron confirmed they were dating in February 2017 to People, which came as little surprise.

“I just felt he was a bit of a playboy,” she said. “I was thinking, ‘He’s just too naughty, charismatic, and good-looking to be good to me,’” she explained. “I didn’t think it was going to work out. ‘I’m going to stay away from you so I don’t make the worst mistake of my life,’ I thought. And he challenged me to a stare-down, not to see who could blink first, but to see who could look away first — who could withstand the eye contact. And we enjoyed sharing a variety of emotions. We’d be extremely joyful, then extremely sad, and then we’d both burst out laughing. We both began to cry, and he told me, “I’ll never forget it.” He said, ‘I guess I just fell in love with you,’ and we had only just met.’

“Right from the beginning, my relationship with Thomas has been unlike anything I’ve ever had with another human,” she continued. I know it’s corny, but it seemed like the ground shifted for both of us the moment we met. Within a week of meeting me, he declared his love for me, and he has never backed down from that declaration. He’s a soul that hasn’t been tainted with anything. A well-intentioned, entirely unselfish source of kindness, generosity, humility, and unending patience. I’ve never known equality like we’ve had it, a genuine acknowledgement of who and what we are as a group, and a primal sense that this is the correct thing to do. Thomas has always been a pillar of strength in my life. He is a safe zone for me, a never-ending reservoir of patience and kindness for any unusual, dark, or weighty thought or feeling I have. My universe revolves around him.”

Dove referred to Thomas as “the one” when speaking to Entertainment Tonight in November 2019. In February 2020, they celebrated their third anniversary, however in October 2020, they parted ways. Dove confirmed the couple’s split on social media in December 2020. 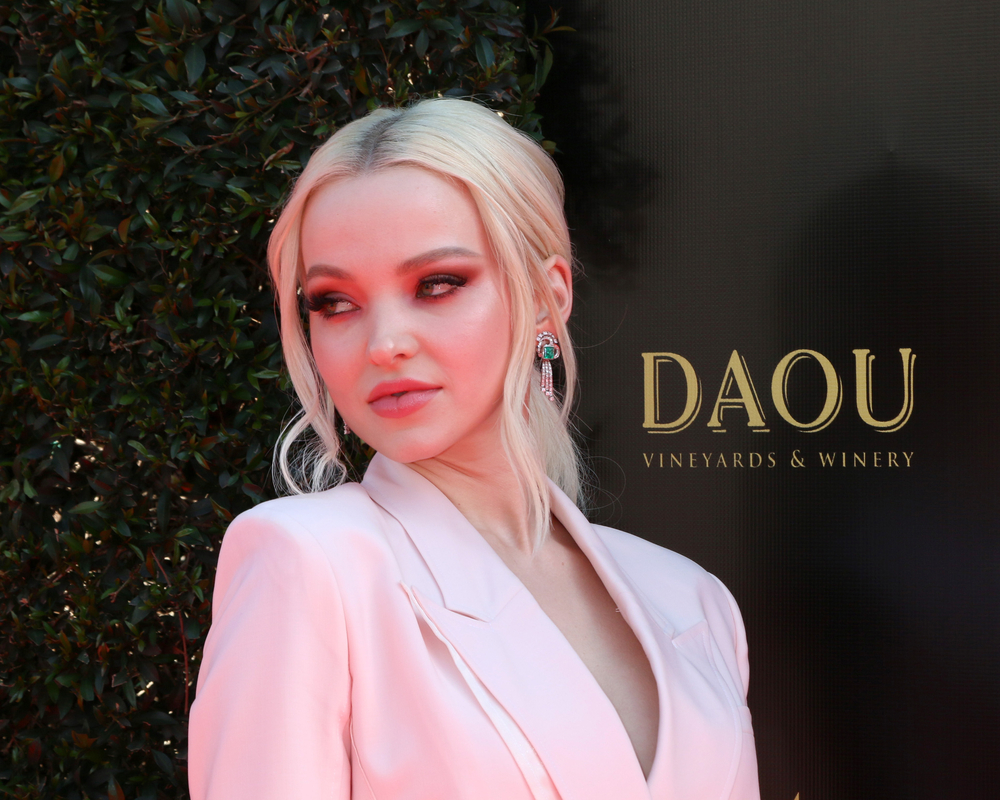