Who Is Channing Tatum Dating?

Channing Tatum has gone a long way from being a dancer in a small bar to being an international celebrity as Tyler Gage after spectacularly starring in “Step Up,” and then as Jody in another Quentin Tarantino film, “The Hateful Eight.” His road has not always been simple, and he has not always received the support he required to continue, but there have been those exceptional ladies who have made his life better and comforted him after the hard day was through. Channing moved to the film industry after working with Armani, Dolce & Gabbana, Abercrombie & Fitch, and many other well-known brands.

Channing Matthew Tatum was born on April 26, 1980, as the second child of a builder, Glenn Matthew Tatum, and an airline worker, Kay Faust Tatum; his six-year-old sister is Paige. Channing was born in Cullman, Alabama, and relocated to Pascagoula, Mississippi, with his family. Despite his numerous scholastic interests, including soccer, baseball, track, and football, he was unable to attract any girl’s attention; he subsequently described his failures as a result of dyslexia and ADD (attention deficit disorder), which he suffered as a child.

He graduated from Tampa Catholic High School as the most athletic student, earning a football scholarship to Glenville State College in Glenville, West Virginia. However, he finally quit school, obtaining a job as a dancer in a nearby bar, performing under the stage name Chan Crawford – in 2012, he would make the film “Magic Mike” based on his time as a stripper. When Channing arrived to Miami in 2000, he was immediately recognized by a talent scout and performed as a dancer in Ricky Martin’s music video “She Bangs,” receiving his first Florida salary of $400 for that gig.

Who has Channing Tatum Dated?

Channing’s dating history is definitely brief when compared to those of many other celebrities in the entertainment world. According to many accounts, Channing Tatum and Jenna Dewan initially met when auditioning for the dance film “Step Up” in September 2005; they saw each other several times during auditions, but eventually met on the set of the film in 2006. The time they spent together while filming was insufficient for them to explore all of their similar interests, so they began eating out regularly after work and eventually started dating. Jenna was cast as Nora Clark, a modern dancer who, according to the plot of the film, didn’t like the new dance school student, Channing’s character – Tyler Gage, with whom she was paired up at first, but eventually the bond between them grows, and they finish the school’s final project, performing together.

The pair had a bunch of mutual dance scenes, romantic moves, and sensual touches left Tatum and Dewan in no doubt that they were destined to be a couple in real life. According to Channing, Jenna almost declared she didn’t need anybody else except him: ‘Then one day, Jenna simply blurted out that she knew exactly what she wanted in life, and she didn’t have to hunt for it longer because it was me,’ said Tatum.

Channing and Jenna announced their engagement in September 2008 – many of their fans couldn’t believe that participating in a romantic dance film could truly result in such a lovely relationship, but it was the truth – Tatum and Dewan felt more than serious about each other.

Channing proposed on the island of Maui, one of the most beautiful of the Hawaiian Islands – Jenna answered, ‘Yes!’, and they began planning their wedding ceremony while keeping it a secret. People Magazine later published images from the event, reporting that Channing and Jenna welcomed 220 guests to their Malibu wedding on July 11, 2009.

Jenna and Channing welcomed their baby, Everly Elizabeth Maiselle Tatum, on May 31, 2013. Jenna, a long-time vegan, fed her kid solely vegetarian-based foods when she was older, but she added that Everly can alter her tastes as she grows up and that she would not stress her daughter with her own choices. Everly’s paparazzi photos leaked onto the internet during her first years of life, but Jenna still doesn’t post any of her photos with Everly’s face revealed – she still finds the angle to hide her daughter’s face on the shot, or covers-up her face with an emoji while editing the photo before posting it on her Instagram account.

Dewan and Tatum revealed in April 2018 that they had ‘lovingly chosen to split as a couple.’ Jenna and Channing, who share custody of Everly, who will turn seven in May 2020, said they separated as ‘best friends’ and will always be loving and caring parents to their daughter. Jenna revealed the next year after her divorce that she was expecting a child with her then-boyfriend-now-partner Steve Kazee. On March 6, 2020, she gave birth to Callum Michael Rebel.

Jessie J, born Jessica Ellen Cornish, is a British singer, she and the “Magic Mike” actor met briefly on the stage of the MTV Movie Awards in 2015, when the “Do It Like A Dude” singer presented Channing with the award for Best Comedic Performance in “22 Jump Street,” they began dating in September 2018.

When they were first seen together in October 2018, a source close to the pair said that they had been dating for a few months. According to US Weekly, they were photographed playing mini-golf together on October 6, and Channing was spotted in the audience during Jessie’s concert in Salt Lake City on October 8. The duo began visiting numerous events together and frequently uploaded joint images on their Instagram profiles, confirming that they were dating.

On December 19, 2019, Just Jared reported that the “Domino” singer and Tatum had split a month earlier, after dating for more than a year. The couple were on again and off again for a while after, but since have called it quits.

Although Channing said he wanted to ‘be single and work on himself before committing to someone again’, Jessie embraced the experience of their relationship and poured it into her new album.

Despite Channing’s desire to ‘remain alone and focus on himself before committing to someone else,’ Jessie welcomed their connection and put it into her new record. 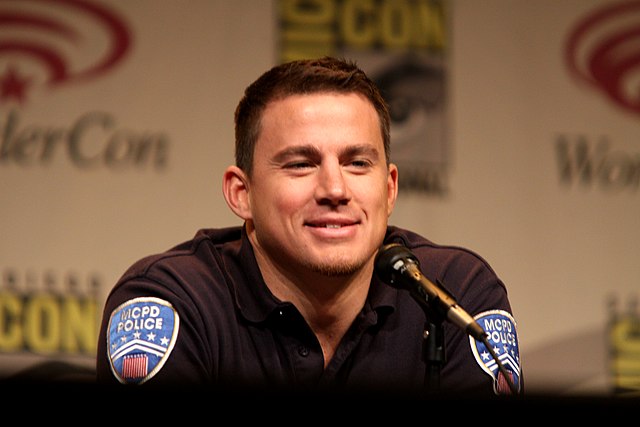