Who is Zac Efron dating?

There have been numerous rising stars, but Zac Efron is one of the few who has stood out in recent years. He was an enthusiastic member in his high school’s stage plays, having been interested in performing since a young age. It only took one television movie to transform Efron’s career trajectory and establish him as a celebrity, after several cameo appearances on television.

Zac Efron is an American film and television actor best known for his roles in the High School Musical movie and other well-known films. He is the son of David Efron and Starla Baskett, and was born on October 18, 1987, in San Luis Obispo, California.

When he played Troy Bolton in High School Musical in the early 2000s, he shot to prominence. He became one of Hollywood’s most famous heartthrobs almost overnight. He became more successful and attractive with time. He appeared in a number of comedies, including 17 Again and Dirty Grandpa, as well as Baywatch and The Greatest Showman. Despite the fact that he has been working nonstop since 2004, he has managed to find time for relationships.

He is frequently recognized as one of Hollywood’s most handsome men. It’s an unavoidable truth of life. He also has a number of other boyfriend qualities, such as enjoying lengthy treks in the mountains, being environmentally conscious, being close to his family, and being incredibly down to earth despite being one of the world’s most renowned men.

The actor has gained the love of women all over the world, and his dating history is highly colorful – but will the actor finally settle down and find his Gabriella? With Zac Efron ready to approach summer 2021 as a single man after a whirlwind lockdown relationship with Vanessa Valladares, here’s a good list of all of Zac Efron’s girlfriends.

On the set of High School Musical, Zac met his first serious girlfriend. Troy and Gabriella, like their characters, had unmistakable chemistry and quickly fell in love. They quickly rose to prominence as one of the most well-known celebrity couples of the early 2000s.

They spanned the years 2005 through 2010. Hudgens told E! in 2011 that she warmly remembers the relationship. “The relationship kept me grounded, and I didn’t have to pretend to be someone I’m not since I was with someone who understood me so well.” They are no longer pals or foes. They simply don’t communicate anymore.

Zac was linked to Lily Collins, the star of Emily in Paris and the daughter of Phil Collins, from 2012 to 2013. They starred together in the 2019 film Extremely Wicked, Shockingly Evil, and Vile as Ted Bundy and his girlfriend, Elizabeth Kloepfer.

Many people began to wonder if these two were dating in real life, especially after Zac couldn’t stop talking about Lily’s excellent performance. The rumors remained unverified, just as they were in 2012. Whatever these two exchanged was, first and foremost, lighthearted.

After High School Musical, Zac’s comedies are unquestionably among his greatest achievements. He co-starred in the film ‘Neighbors’ with Seth Rogen. Halston Sage, a gorgeous lady who worked with him, was one of his coworkers. Following their meeting on set in 2013, the two lovebirds began dating soon after, although their relationship only lasted a few months.

Fast forward to 2019, and their love has grown once more. They were engaged in a committed relationship as of January 2020. However, it didn’t last long.

Michelle Rodriguez from The Fast and the Furious and Lost may be familiar to you. She had a summer relationship with Zac Efron in 2015, when they didn’t resist from public displays of affection while on vacation in Ibiza. It would be a stretch to call her a serious girlfriend because they were both having fun rather than looking for something serious at the moment. Michelle is ten years Zac’s older, but she has the figure of a twenty-something!

If the model hadn’t deleted all of their photos from her Instagram account in 2016, the breakup would have gone undiscovered. Zac had also ceased following her. He chose to end the relationship since he no longer felt the spark. Distance and scheduling easily come in the way of romance in their line of business.

In 2017, they both co-starred in Baywatch. They never confirmed that they were in a relationship, but they clearly acted as if they were. They were spotted doing lovey-dovey things like walking the dogs together and shopping for pet toys, according to Elle. The rumors were false, according to Daddario, who stated that they were just friends. Zac’s Instagram post, on the other hand, begs to differ.

Zac Efron was dating Sarah Bro, an Olympic swimmer from Denmark, before reuniting with Halston Sage. They were spotted during a fitness session in Los Angeles in January 2019. They both attended the same L.A. Kings hockey game in March 2019, and speculations quickly followed. However, the romance did not endure long. By the year 2020, Zac had already started dating the Orville star.

Zac Efron’s dating life has a recurring motif that can’t be overlooked. He adores flirting and dating with his co-stars! Aside from the women already named, there were also reports concerning his co-star Rebecca Ferguson from The Greatest Showman, as well as Taylor Schilling from Orange is the New Black, who co-starred with Zac Efron in The Lucky One. But they were simply rumors. Zac seems to be so skilled at creating connections on film that many people forget it’s all a performance.

This girl could be the one.

While other romances fizzled out quickly, this one seems to be sticking around. Zac Efron isn’t the only celebrity who has found happiness with someone who isn’t famous. She has a positive impact on him. They spend a lot of time together outside, doing sports and socializing. Let’s hope it lasts, because Zac has never appeared happier. 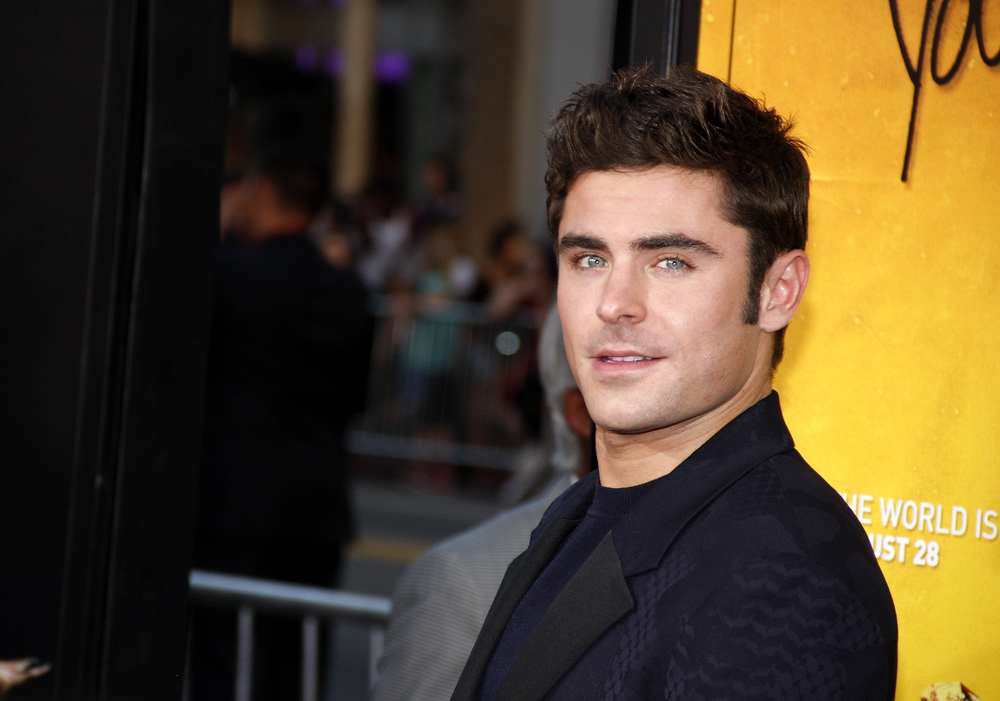