Who is Reba McEntire dating?

Reba McEntire has already been singing country love songs for decades, owing to her previous relationships as inspiration. She has more Top Ten songs and number one country albums than any other female artist. She has received four CMA Female Vocalist of the Year awards and also was named CMA Entertainer of the Year in 1986. She has also won three Grammy Awards and was honored with the renowned Kennedy Center Honors in 2018 for her impact on American culture.

Despite the fact that she is no longer married, the Grammy Award winner is dating in her 60s and looking as lovely as ever. Even though the country singer has been married and divorced twice, she isn’t ready to give up on love.

The feisty and shapely redhead is making the most of her life, and she’s been dating in the five years after her divorce from second husband Narvel Blackstock.

Who has Reba McEntire Dated?

There were no controversies in the country queen’s dating life. In 1976, Reba married steer wrestling champion Charlie Battles. Charlie had two children from his previous marriage, but she didn’t have any with him. Before divorcing in 1987, the two had been married for over ten years. Reba married Narvel Blackstock, a steel guitarist, in 1989. Narvel became her manager, and she co-founded a talent management agency with him. Reba began her acting career in 1990, with her first role in the film Tremors. Reba had her only child, Shelby, with Blackstock, who had three children from his previous marriage. In 2015, when things between the couple looked to be going too smoothly, Blackstock filed for divorce. Reba has good contact with the Blackstocks, despite their separation. Their children are even considered her grandchildren by her.

She took some time off after that to focus on her profession. Later that year, she revealed her relationship with wildlife photographer Anthony Lasuzzo to the public. She RebSHe stated that they were both head over heels in love. However, the pair split up in 2019 due to their contradicting lives. She was rumored to want to remain unmarried for the time being. However, it appears that she has discovered a heartthrob in the midst of the COVID-19 pandemic. Continue reading to find out who she is dating.

Reba began dating the star of CSI: Miami in January 2020. Despite the fact that she and the actor are still “talking” and “getting to know” each other, the “Back to God” singer says she can immediately tell he’s “Really unique.”

On her podcast, she gushed, “He is a very, very sweetheart of a person.” “It’s nice to have someone to chat to, joke with, and discuss what’s going on with.” Rex was previously engaged to Renee DeRese in 2010, before dating one of Hollywood’s most legendary vocalists. Rex also acted in 1993’s Cliffhanger and 1997’s Breakdown, among other films.

They met in August 2017 while the country singer was on tour in Jackson Hole, Wyoming, for her vacation. Their relationship began almost immediately after they met paths. In April 2019, she gushed to People, “We’re utterly in love definitely.” “If I wasn’t in love with someone, I wouldn’t put up with them for two years!” The old heart continues to beat.”

Skeeter, a wildlife photographer and former geologist, was frequently seen with his girlfriend at red carpet events and other Hollywood outings throughout their two-year relationship. Their romance, however, terminated in November of this year.

Despite their breakup, an insider said that the two were still friendly. The source told Closer exclusively the next month in December, “They remain great friends.” “Reba and Skeeter appear to be in different stages in their lives. Perhaps they’ll reunite when Reba is ready to settle down a little more, but she’s not there yet.”

Kristi Lasuzzo, Tyler Rominger, Holli Dixon, and Blake Lasuzzo are the businessman’s four children. Blake has two children with Marolyn Tyler Lasuzzo, his ex-wife, whom he divorced in 2013. When the two originally exchanged vows is unknown.

Reba met her second husband, Narvel, while she was still married to Charlie. When they started working together in 1980, the Hollywood stars became acquainted. Narvel eventually became a guitarist in the band of the vocalist of “Consider Me Gone.”

When they split up, Narvel took over as the manager of her band. Their love blossomed swiftly, and on June 3, 1989, they married in Lake Tahoe. Reba’s only child, Shelby Blackstock, was born the next year in February 1990.

When the Malibu Country producer filed for divorce in 2015, the singer of “Does He Love You” was taken aback. Reba stated she had to figure out how to “manage” her profession and her life as a single woman after their marriage ended.

“I didn’t want to get divorced. “I didn’t want it at all,” she stated in a September episode of her podcast, “Forging Your Own Path.” “The people who were literally looking after me, my business, and my career abandoned me. It was a come to Jesus’ meeting, as I like to put it. I had to gather all of my belongings.”

She claimed the adventure made her stronger, despite the heartbreak. She stated, “I think that made me appreciate the business more.” “There I was, forging another portion of the territory I had never expected to encounter.”

Narvel was married to his first wife, Elisa Gayle Ritter, from 1973 to 1988, in addition to his relationship with Reba. Brandon Blackstock, Shawna Rene Blackstock, and Chassidy Celeste Blackstock are the children of the previous couple.

Reba met her first husband, Charlie, in the mid-’70s, when she was growing to stardom. Charlie was a divorced steer-wrestling champion, and he was ten years her senior. Reba was only 21 years old when the couple married in 1976. “I adored Charlie and had every intention of marrying him… According to CNN, she once claimed, “We had a lot of fun.” “We ranched together and rodeoed together.”

Unfortunately, after 11 years of marriage, the couple divorced in 1987. There isn’t a lot of information on Charlie because Reba hasn’t talked much about their relationship. 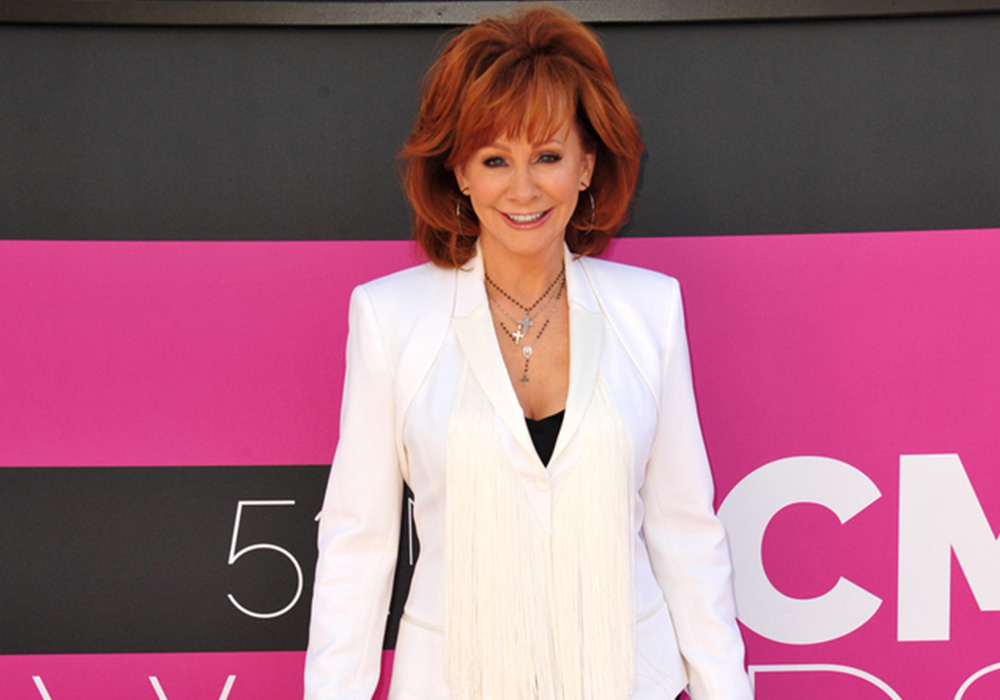