Who is Andrew Garfield dating?

Andrew Russell Garfield is a well-known British-American actor who rose to prominence as the eponymous character in the film series The Amazing Spider-Man. Andrew Garfield’s career has always seemed to be on the rise, and he’s on fire in 2022. Not only did he just reprise his role in Spider-Man outfit for Spider-Man: No Way Home, but he’s also nominated for an Academy Award for Best Actor for his outstanding performance in Tick, Tick… Boom! Garfield’s capacity to morph into any character makes him deserving of the Best Actor award. He has played characters from all genres and makes sure to morph completely into the character. Despite the fact that he’s portrayed a variety of personas in recent years, we haven’t heard much about his love life since his days as Spider-Man. So, what’s going on in Andrew Garfield’s love life? Let’s find out!

Andrew Garfield has tried to keep his personal life out of the spotlight since his meteoric rise to fame. The Tony winner’s most public romance began in 2012 when he played Peter Parker to Emma Stone Gwen Stacy in The Amazing Spider-Man. The pair’s on-set chemistry was so great that it resulted in a real-life love tale. “She keeps you awake at night because she keeps you on your toes.” “That was the beginning,” he told MTV News in June 2012, confessing he was “very delighted” when Stone accepted the part following their screen test. “You know, those are the days I’d look forward to?” For his character Peter as well, since Peter goes through some harrowing experiences in the film.

The co-stars reunited for The Amazing Spider-Man 2 in 2014, one year before they announced their retirement. They still remained good friends and were on great terms with each other for the sake of the film and their bond. Their prior relationship proved to not be a problem for the couple. They have since remained friends.

On Vanity Fair’s Little Gold Men podcast, the star continued to talk about Stone as if she was the best thing that had happened to him. He shared that they have a lot of love and respect between them and that he is her biggest fan. He mentioned that they both support each other and he loves that mutual support between them. Sometime in 2020, the Oscar winner, Emma Stone, went on to marry Dave McCary, and they now have a child together. After his split from Stone, Garfield has been laying low.

The couple dated for three years before splitting up in 2011. Not too much is known about this couple. From what the public knows, it was just a causal relationship that bloomed sometime in 2008-2009. The Arizona native was renowned at the time for her work on Fox’s Raising Hope and has since been on HBO’s Westworld.

The couple was linked in late 2018, although it was never verified whether they were a couple. In January 2019, months before the alleged couple looked to split up, Ora evaded a question about which Spider-Man actor she preferred. Again, nothing too big, but Rita Ora’s fans were happy for the couple and wished the best for both Rita and Andrew.

Garfield was spotted getting cozy with the Jessica Jones star in Malibu in September 2018 but their flame appeared to fizzle out. Nothing too big happened during this one. Potentially it could have just been a casual fling that was exaggerated by the public eye and news outlets. All in all, everyone loved hearing about this couple and what it could have become.

In March of 2019, Garfield was seen with his arm around Aisling Bea, an Irish actress, in the audience of the West End production of Hamilton. Nothing else is really known about this couple. No one really ever spotted the pair together after that. We may never truly know what this meeting was.

The Under the Silver Lake actor sparked romance speculation with the model in November 2021 after they were spotted spending time together in New York City. The duo seemingly confirmed their relationship in February 2022 when they were photographed holding hands after a tennis date in Malibu, California, ahead of Valentine’s Day. As of the current situation, we assume that the couple is still happy together and enjoying life to the fullest. 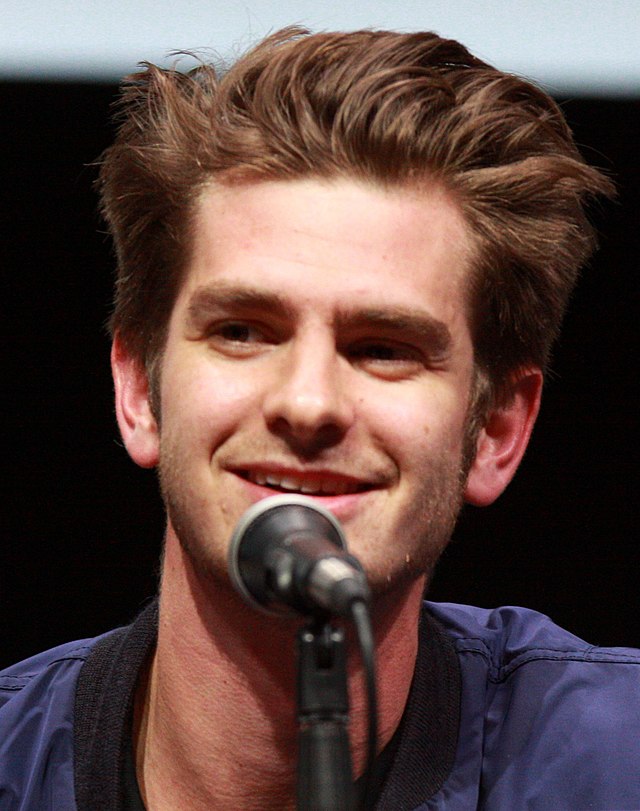