Who is Travis Scott Dating?

Scott, born Jacques Berman Webster II, grew up in the “Space City.” During a 2018 interview on “The Tonight Show with Jimmy Fallon,” the rapper disclosed the inspiration for his stage name, stating it was a mix of his “two superheroes”: his uncle Travis and his favourite singer Kid Cudi, whose actual name is Scott Mescudi.

Before releasing his debut album, “Rodeo,” which contained his quadruple-platinum hit “Antidote,” the rapper released various songs from earlier ventures, including “Upper Echelon” and “Mamacita.” Following “Rodeo,” the rapper released the albums “Birds in the Trap Sing McKnight” and “Astroworld.” Scott received three Grammy nominations for “Astroworld,” including best rap album and best rap song for his duet with Drake on “Sicko Mode.” Throughout his career, he has been nominated eight times.

The rapper has revealed intentions to release his fourth album, “Utopia,” in 2021. Scott released two singles, “Escape Plan” and “Mafia,” on the same day as the disastrous Astroworld event. Travis Scott, the famous American rapper, has dated a number of celebrities in the entertainment world. Travis Scott has 43.7 million Instagram followers.

Travis Scott’s female admirers must be curious about his personal life, as well as his current and previous relationships, in, his dating history. Here is a list of Travis Scott’s ex-girlfriends prior to his current girlfriend, Kylie Jenner. Of course, he has definitely had more flings and relationships than we can list, but these are the credible ones that have been confirmed. Travis has gotten greater attention in the last two years as a result of his hits and his little daughter.

Travis dated famous model and American rapper, Ruby Rose, according to the source elite daily. Travis and Rubi dated for 8 months beginning in July of 2014. They were then separated. Ruby has been in a number of music videos of his so far. According to sources, Rubi has had romances with Cam Newton, 21 Savage, Soulja Boy, and Lil Yachty.

After splitting up with Ruby, the media began spreading information about Travis Scott and Dascha Polanco. According to sources, Dascha and Travis had a hookup rather than a partnership. Dascha is an American actress best known for her portrayal of Dayanara “Daya” Diaz in the Netflix series Orange Is the New Black. It didn’t last long because it was confirmed as only a ‘hookup’.

One of Travis Scott’s most attractive ex-girlfriends, Karrueche Tran is an American actress and model. According to the evidence, Scott and Tran were having a hookup. Their most contentious meeting occurred at New York Fashion Week in September 2016, when people began discussing their relationship. They are both seen having intimate moments with one other. They were photographed cuddling and kissing at a Vera Wang event. Nothing else is really known about this couple. It seems to have just faded over time.

After learning about Travis Scott’s ex-girlfriend, here is Kylie Jenner, his current girlfriend.

There is no need to say anything, but everyone knows Kylie and Scott have a very special relationship. They first began dating in 2017.

Their love is still blooming today. Kylie gave birth to their daughter Stormi Webster in 2018. They both kept their relationship a secret for a long time, but once their daughter was born, they revealed it on social media. The pair split in 2019, but things improved and the couple is now back together. They were also expecting their second child together, who was born in February.

Many admirers are wondering if they will get married or not. Nonetheless, neither of them has publicly confirmed their connection. Despite the fact that they are not married, they are enjoying a very happy and joyful life together with their two children. 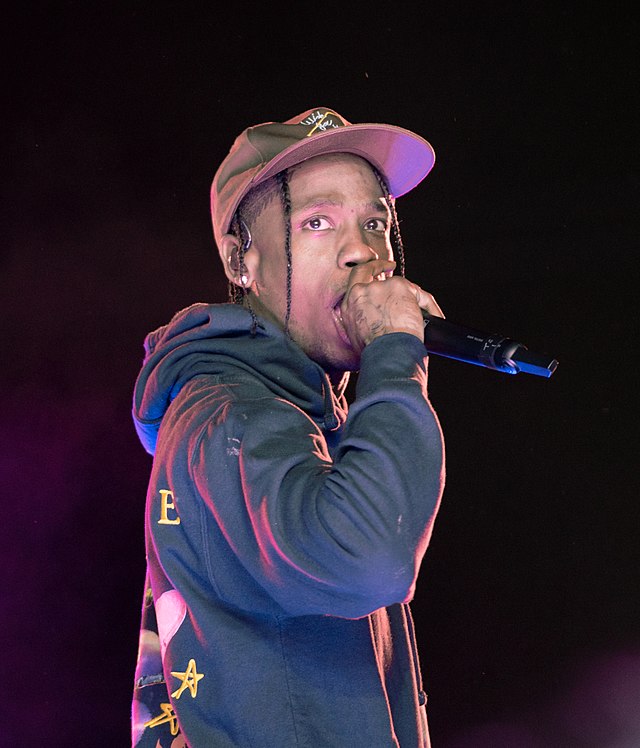