Who Is Porsha Williams Dating?

Porsha Williams is a multi-talented television host and media personality with great ideas and the will to make them come true. Porsha, a true “cornbread-fed Georgia Peach,” was born and reared in Atlanta on June 22, 1981, into a renowned and historic family, since she is the granddaughter of Civil Rights activist and philanthropist, Rev. Hosea Williams. Despite her hectic schedule, Porsha prioritizes her involvement in her different charity partnerships.

Porsha not only stars in Bravo’s number one show, The Real Housewives of Atlanta, but she also co-hosts the nationally syndicated discussion show Dish Nation. She recently co-starred in the onstage adaptation of Two Can Play That Game with Vivica A. Fox and Columbus Short.

She has now developed an interest in animation and on-screen scripted projects. Her voice can be heard as Carlotta in the animated film CarGo, where she worked alongside Haley Joel Osment and Melissa Joan Hart. Porsha demonstrated her acting abilities as the stepmother in TV One’s Steppin’ Back to Love, and she has made numerous other guest appearances in shows such as Fox’s Star and films such as Sharknado 5:

Porsha Williams, the star of The Real Housewives of Atlanta, has been a part of the popular reality television show since season five and has garnered a lot of attention from fans all over the world. While she appeared to have an exciting personal life, Porsha Williams has had her fair share of controversy and issues on the show. Porsha Williams, believe it or not, had to deal with a slew of issues, including a nasty divorce and many more to come. Who is Porsha Williams dating now? Fans have been eager to learn more about her personal life.

Who Is Porsha Williams Dating Now?

Porsha Williams’ ex-husband Kordell Stewart had a difficult marriage, as fans are well aware. The divorce became so public that even Porsha was unaware of it! Believe it or not, the reality television star wanted to know about her divorce via Twitter! Not only that, but Stewart also refused to offer spousal support. Porsha began dating Dennis McKinley in 2018 after her first marriage ended in a tumultuous divorce in the country. Soon after, the actress revealed that she is expecting Dennis’ child! Porsha spoke about their first kid, stating it was a blessing, and they welcomed their daughter Pilar Jhena McKinley in 2019.

While the two were overjoyed with the arrival of their tiny bundle of joy, their happiness was fleeting. After Porsha discovered Dennis had cheated on her while she was pregnant with his child, the couple announced their divorce. The whole episode went on to become one of the most dramatic occurrences on the show, and the duo went on to try again.

While little is known about the split, some experts believe it may have something to do with Cynthia’s recent bachelorette, which may have taken an unforeseen turn of events. According to these sources, Porsha became engaged to a stripper, which may have contributed to the breakup. Despite their divorce, the two have been co-parenting their daughter and even spent the holidays together for her. When fans inquired about her present status, the RHOA star clarified that she is indeed single and that she is on good terms with her baby daddy, Dennis. They have also shared holiday photos on social media.

Porsha Williams previously stated that she believed Dennis wanted marriage and had no children, which persuaded her to have his child. While the singer laughed about it on the broadcast, fans were not amused and quickly blasted her off. Some even referred to her as desperate! While the two have fanned speculations of a reunion, it is unlikely to happen anytime soon, and we wonder whether the bachelorette party incident is the reason for the second breakup! While her co-star Kenya Moore is currently dealing with her relationship state, Porsha appears to be enjoying her single status for the time being.

Porsha Williams, an Atlanta celebrity, dated Buffalo Bills footballer Duke Williams. Porsha shared photos of the couple when they were happier on Instagram. Porsha has always kept her African royal boyfriends’ secrets in the past. Many questioned whether her connection with Duke was genuine or merely a ploy to get her coveted peach for RHOA season 8.

Last season of The Real Housewives of Atlanta, Porsha Williams got a taste of the past when she renewed a romance with a former flame, Todd Stewart. However, Porsha’s restored relationship got her thinking about a future with Todd and the potential of establishing a family. 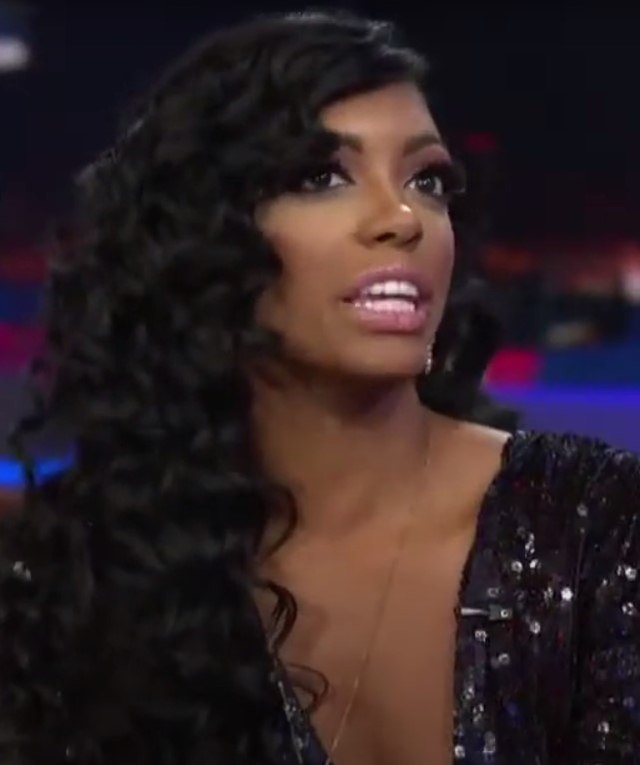