Who is Khloe Kardashian Dating?

Khloé Kardashian is a well-known television personality and entrepreneur. In 2007, she rose to fame on Keeping Up with the Kardashians, her family’s E! reality show that chronicled the Kardashian-Jenner clan’s daily lives. She started Good American, a successful denim and apparel company, in 2016.

Khloe Kardashian is presently single. Since 2016, she’s been in an on-again, off-again romance with Tristian Thompson.

Khloé Kardashian has experienced a lot of love and grief throughout the years. The reality TV actress is most known for her high-profile romances with NBA stars Lamar Odom and Tristan Thompson, both of which ended in grief and upheaval. Aside from her marriage to then-husband Lamar Odom and her long-term relationship with boyfriend Thompson, Kardashian has been romantically linked to several other people over the years, including MLB player Matt Kemp, actor and former NBA player Rick Fox, and even singer Trey Songz.

According to Us Weekly, the “Keeping Up with the Kardashians” actress is not dating anybody as of 2022, but she is “open to explore a new relationship.” As the newly single Kardashian returns to the limelight on Hulu’s “The Kardashians,” here’s a list of everyone she’s referred to as her “lover” throughout the years. Khloe has been in an on-again, off-again relationship with basketball player Tristan Thompson since 2016.

The duo was believed to have met in August 2016 through Khloe’s best friend Malika Haqq, and they quickly struck it off, even going on many vacations together. True Thompson, the couple’s first child, was born in September of this year.

Thompson, on the other hand, was caught cheating on multiple women just before the reality star was due to give birth. Despite remaining together after this, the couple split in February 2019 after the NBA player was caught cheating again, this time with Khloe’s sister Kylie’s best friend, Jordyn Woods. In August 2020, the couple was believed to be back together and confined together in the midst of the coronavirus epidemic. The couple’s romance was depicted onscreen during the last season of KUWTK in March 2021; the two even contemplated having another child together.

Soon after, during the final episode of the family’s show, it was revealed that Khloe and Tristan had called it quits once more. According to reports, “there was no drama that broke them up; things simply didn’t work out between the two of them.” Tristan was accused in early December of insisting on an abortion for a woman named Maralee Nichols after she became pregnant with his child.The NBA player then revealed that the kid, a son, was his and publicly apologized to Khloe on Instagram.

In May 2015, the mother of one dated former NBA player Rick Fox for a short time. The couple was spotted on a date in Sherman Oaks, Los Angeles. However, it appeared to be a one-night stand.

Khloe dated rapper French Montana in 2013 and 2014, but their relationship ended in December 2014. “I got into something because I was just, like, lonely and destructive,” she stated on an episode of Kourtney & Khloe Take the Hamptons.

Khloe famously married basketball star Lamar Odom barely a month after they met in 2009. The couple was claimed to have had a rough marriage, which ended in 2013. Kardashian, on the other hand, put her divorce from Odom on hold in October 2015, when the former NBA player was rumored to have overdosed at a Nevada legal brothel. However, after seeing him through his rehabilitation, the actress filed for divorce once more in May 2016.

Rashad was one of the KUWTK star’s earliest public partnerships, beginning in 2008.

Their romance, however, apparently did not end well. Rashad has even blamed Kardashian for his declining NBA career. McCants also said to Page Six that Khloé manufactured a scenario in her family’s reality show in where she hacked into his voicemail and listened to texts from another woman. The basketball player, on the other hand, said she was “faking it” since Khloé didn’t have his phone number because the couple “had already called it quits.” 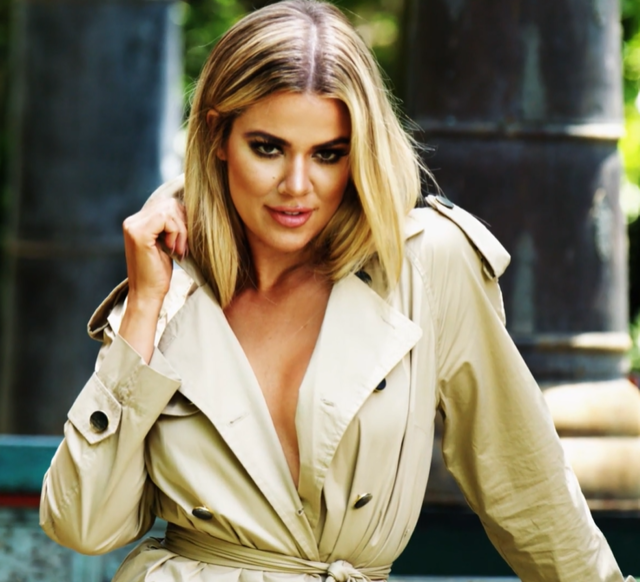