Who is Jana Kramer dating?

Jana Kramer is an American actress who was born on December 2, 1983 in Detroit, Michigan. On Friday Night Lights, Kramer portrayed Noelle Davenport, and on 90210, she played Portia Ranson. In Entourage, she portrayed a sorority girl who was attracted to Turtle. Kramer joined The CW’s One Tree Hill as Alex, an actress who became the new face of Brooke’s fashion business, “Clothing Over Bros,” in 2009. According to Why Ya Wanna Songfacts, Kramer signed with Warner Bros. Nashville Records in February 2011, and after a few promotional singles, “Why Ya Wanna” was released as her first official single.

Who is Jana Kramer dating? Many notable men have dated actress and country music singer Jana Kramer, and this list will tell you all about them. This thorough dating history includes Jana Kramer’s current boyfriend, prior relationships, and dating rumors, and it tells you everything you need to know about Jana Kramer’s love life.

In the first episode of her podcast, Jana discussed her relationship with her first husband, Michael Gambino, in detail. Jana met Michael at the age of 19, and he was 17 years her senior. After only two weeks of dating, the couple married in Vegas in 2004. Unfortunately, their relationship deteriorated soon. Years later, Jana described her husband’s horrifying mistreatment of her.

Jana’s breaking point occurred when Michael choked her senseless outside their Los Angeles home, she revealed. He was convicted of attempted murder that year and sentenced to six years in jail. He committed suicide two years after his release from prison in 2010.

Jana Kramer and Johnathon Schaech, co-stars of Prom Night, began dating in June 2007. They were married on July 4, 2010, but divorced in August of that year.

Johnathon Schaech (SHEK; born September 10, 1969) is an actor, writer, and producer from the United States.

Jana Kramer and Brantley Gilbert began dating in September 2012 after meeting at the 2012 CMT Music Awards. They were married on January 20, 2013, but divorced in August 2013.

Jana was supposed to be dating reality TV personality Ace Amerson in 2006, yet this was never confirmed. In 2014, the singer posted an Instagram photo of the MTV star with the comment, “I’m spending time with my favorite person ever.” best pal!#Love # Ace

So they could have just been incredibly good pals.

While they fell in love quickly, she intimated that he was disloyal by unfollowing him on social media immediately after they began dating. They reunited, and he proposed in December, and they married in May 2015. He cheated on her with several women less than two years into their marriage, shortly after she gave birth to their daughter, Angelina Jolie. The couple split up after he attended sex addiction therapy.

Kramer later acknowledged in her 2020 memoir that she had several “flings and flirts” with other men throughout their divorce. Following the athlete’s recovery, the couple repeated their vows in December 2017 and welcomed son Jace the following November.

The couple’s ups and downs were chronicled on their podcast, “Whine Down,” where they revealed in March 2019 that Caussin had a “sex addiction relapse.” She discovered a topless photo on her husband’s phone in October. While they later decided it was a “bot,” they ran into another snag in early 2020 when Kramer briefly removed Caussin’s social media pages.

Kramer and Cutler were briefly linked when they were seen spending time together in September 2021. They split up a month later because he failed to make his estranged wife, Kristin Cavallari, jealous.

In December 2021, the Christmas in Louisiana actress fueled relationship rumors with the Navy SEAL. Kramer shared a photo of herself in a robe with a mystery man, plainly visible in the reflection at the moment.

After eagle-eyed followers realized they were both in the Florida Keys at the same time in early December—and later tweeted comparable photographs from the retreat—the press exclusively confirmed his identity later that month.

Three months later, Kramer revealed that she was going through a breakup.

According to insiders, the country singer hooked up with her DWTS partner, Savchenko, while filming season 23 in 2016. Schinelli also said she “slept with Gleb.”

The couple divorced in October 2021 after splitting in November. 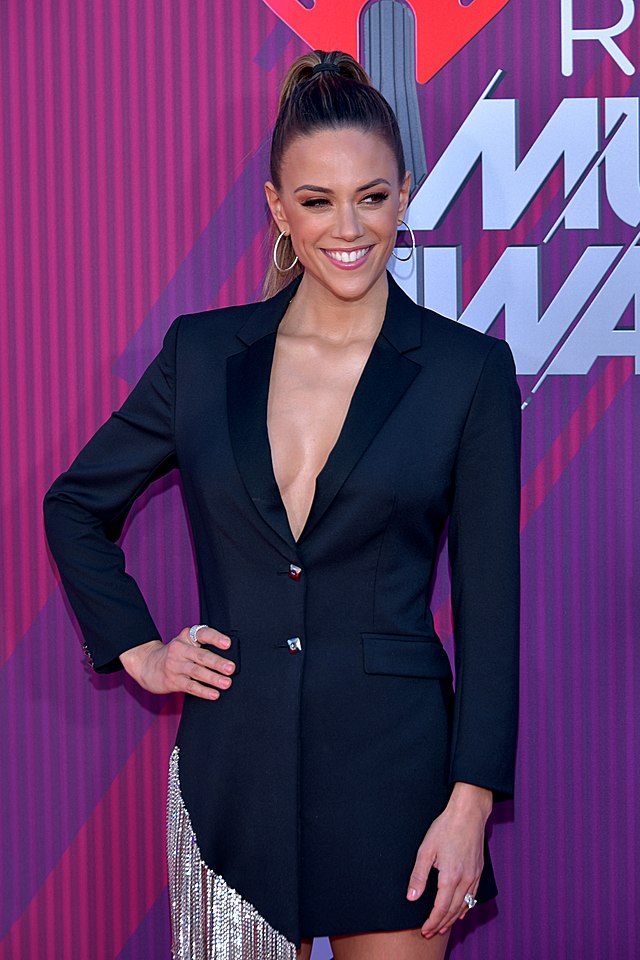