Who is Demi Lovato Dating?

Demi went on to say that they later “hooked up” with a woman and thought to themselves, “‘I like this a lot more.'” It felt better. It felt right.” They now feel “too queer” to be with a cisgender man, according to Demi.

“Some of the guys I was hanging out with when it would come time to be sexual or intimate, I would have this kind of visceral reaction,” they said. “Like, ‘I just don’t want to put my mouth there.’ It wasn’t even based on the person it was with. I just found myself really appreciating the friendships of those people more than the romance, and I didn’t want the romance from anybody of the opposite sex.” Demi said they’re hesitant to define their sexuality, but they feel comfortable where they’re at. “I know who I am and what I am, but I’m just waiting until a specific timeline to come out to the world as what I am,” the “Met Him Last Night” singer said. “I’m following my healers’ timeline, and I’m using this time to really study and educate myself on my journey and what I’m preparing to do.”

Demi stated that their hearts are “pretty open” right now, adding, “I’m very much listening to my intuition, and that’s not to say my boundaries or guard is up.” It’s just that my ears are perked up a little higher and my eyes are a little wider open.”

Demi deserves kudos for celebrating their sexuality and being so open about what they’ve learned about themselves over the years through various relationships. Demi’s dating history from 2008 to the present can be found here:

Demi briefly dated the former Hannah Montana star in 2008, and Cody Linley told Seventeen a hilarious storey about one of their dates. His car began acting up again after he was late to pick them up due to car problems. “I was explaining to [them], ‘Yeah, my car, I’m sorry, it broke down,’ and as I’m saying that, it begins to make a crazy noise again!” And I was like, ‘Oh, oh, oh no,’ and [they’re] like, ‘What’s happening?’ ‘Nothing,’ I said. ‘Everything’s fine.’  [They’re] like, ‘Are you sure?'” Cody explained that he had to pull over to the side of the road in order to figure out what was going on.  “Demi was really sweet,” he said. “They held the light for me and gave me car repair advice,” says the narrator.

Demi allegedly dated The Cab’s Alex DeLeon in 2009ish and wrote the song “Catch Me” about him, though details about their relationship are scarce.

In 2009, Demi and Miley Cyrus’ older brother, Metro Station singer Trace Cyrus, had a brief relationship. Trace told People that they couldn’t physically be in the same place because of their work schedules, and they broke up after a few months.

Demi and Joe Jonas were not only Camp Rock co-stars, but they also dated in real life. In 2010, the two even collaborated on a Teen Vogue cover, but their relationship ended soon after. The ex-couple did, however, end on a high note: “HUGE CONGRATS!!!!!” Demi wrote on Instagram in 2017 after Joe announced his engagement to Sophie Turner.  “I am ecstatic for you both!!!!”

From 2010 to 2016, Demi and Wilmer Valderrama were in an on-again, off-again relationship. Wilmer was initially put off by their age difference, Demi said in the 2017 documentary Simply Complicated, but they began dating after her 18th birthday.  They described him as “my rock, my everything.”

Demi’s romance with the actor grew quickly. Beginning in March 2020, they were quarantined together and got engaged in July of that year. They were done by September, presumably because Demi realised they didn’t trust him. 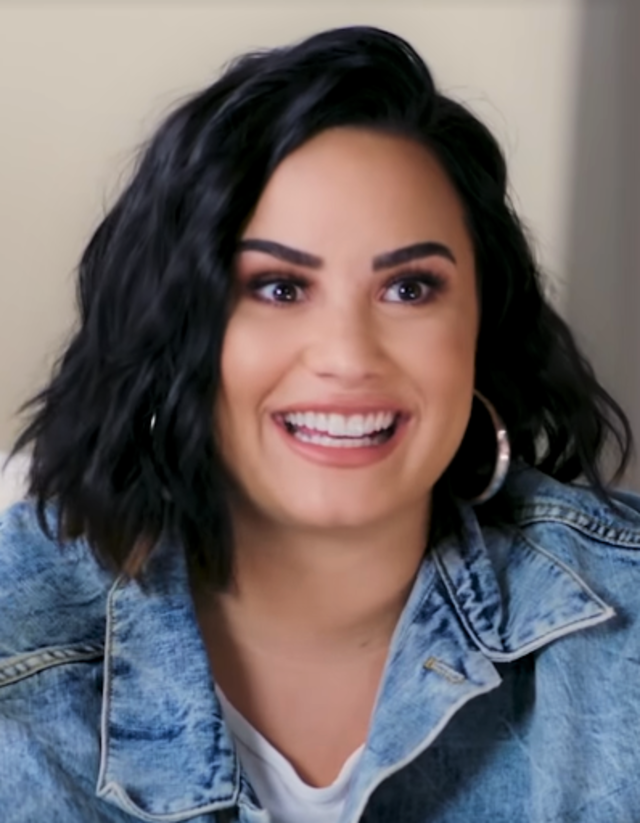