Who is Chris Martin dating?

Chris Martin is an English singer, songwriter, and philanthropist, who rose to fame as the lead singer of the rock band Coldplay. Born 2 March 1977 as Christopher Anthony John Martin in Exeter, Devon, England, he is the oldest of five children born to his parents, Anthony John and Alison Martin. The group has won seven Grammy Awards and ranks among the bestselling music artists of all time.

As one of Britain’s most influential artists, most would be surprised that Martin hasn’t spread his love as much as many other rock stars. Going on record, Chris has married once and been involved in at least four long term relationships. Aside from that, multiple rumours suggest that the 43-year-old musician could have had several flings along the way.

His first romance began around the time Coldplay published their debut album and the most recent news concerns rumours that he is dating Dua Lipa. Chris’ first public love story, a somewhat clandestine and quiet romance from a long time ago, was with Natalie Imbruglia, an Australian music artist. Natalie’s prior involvements included a handful of different frontmen for high-profile rock bands around the time of their romance, which is considered to have occurred between 2000 and late 2002.

Rumours of her affair with Chris Martin first surfaced a month after she divorced Silverchair’s lead vocalist, Daniel Johns. Natalie has also been linked to Lenny Kravitz, David Schwimmer from Friends, and British artist Robbie Williams. For the first stage of their relationship, Chris and Natalie tried to keep things secret and away from public scrutiny, fearing that word of her new romance might disturb Daniel.

Chris, unlike Natalie, had no previous public romances and was thus naïve when it came to dating in public. Details on when and why the two split ups are limited, but their romance died out after a while, and they finally lost touch. The former flames reconnected in 2009, but not for romantic reasons. Natalie persuaded Coldplay to create her a hit song in an attempt to make a comeback, which Chris subsequently regretted.

Chris’ first serious relationship was with Gwyneth Paltrow, an American actress who eventually became his wife and the mother of his children. Their relationship was never traditional in any way. Nothing about it was typical, from how they met to their divorce and now their relationship as co-parents, albeit it surely appears to be a real-life fairy tale or as much as is feasible. Gwyneth met Chris for the first time when she went to a Coldplay performance in 2002, long after rumours that they were dating circulated. The band was on tour in Los Angeles at the time, and Chris was expecting a visit from his favourite actress while performing at this particular location. Because the mysterious female did not appear, Chris instead dedicated a song to Gwyneth Paltrow, jokingly stating that she was his girlfriend.

Despite the rumours, the two had never met, and after the event, Chris’ aide requested Gwyneth to see him backstage. Their unusual meeting led to a long-term friendship that would eventually serve as a model for how a good breakup and intentional uncoupling should take place.

After a year of dating, the pair married in a secret ceremony in front of family and friends in December 2003. Gwyneth gave birth to their first child, a girl named Apple, in 2004, followed by a boy named Moses in 2006. In an essay for Britain’s Vogue September edition in 2020, she remembered when and how she realized her marriage had ended. Chris and Paltrow ended their relationship in 2014, and their divorce was finalized in 2016. According to Gwyneth, she initially realized things had worsened between her and Chris in 2010, four years before their legal divorce. Despite a lovely trip to Italy, when she strolled along the beaches and drank copious amounts of Baralo, she realized her marriage was finished.

Gwyneth even encouraged Chris to reconcile with his latest girlfriend, Dakota Johnson, after they briefly broke things off in 2017. When Gwyneth married her new husband, Brad Falchuck, she invited both Martin and Johnson on her honeymoon. While this seems like an awkward situation for any ordinary couple, it is just the continuing unconventional nature of Paltrow and Martin’s relationship. As much as any rock star would be the subject of rumour, Chris is not the exception and rumours concerned about his love life include plenty of speculation and gossip. In 2009, rumours surfaced suggesting that Chris and Gwyneth had an open relationship, and we’re seeing other people outside of their marriage.

Chris’ love life became a topic of conversation once more. This time, it concerned Alexa Chung, a model and presenter with whom Chris supposedly had multiple dates. One date took place at Elsa, a New York pub where a Heat magazine writer witnessed them getting cosy in a dark corner, and the other entailed late-night milkshakes. A spokesman for the British artist, on the other hand, told the media and press that they were not dating. Later that year, when rumours about Chris’ romance with actress Jennifer Lawrence abounded, he began dating Alexa. The previous rumours resurfaced, this time claiming he terminated things with Lawrence and sought to reconcile with his ex. These rumours seemed to fade quickly, and nothing significant appeared to emerge between Chris and Alexa.

Rumours surrounding Australian music diva Kylie Minogue appeared in 2015. This came after cameras caught the couple on a late-night stroll through London’s streets. Of course, Chris and Kylie have long been good friends, and Chris wrote Kylie’s hit song “Every Day’s Like Christmas.” According to a Kylie spokeswoman, the two are not dating and enjoy a platonic acquaintance.

Later that year, Chris began dating ‘The Tudors’ actress Annabelle Wallis. The pair made a public appearance in Paris, France, expressing some real public affection, and speculations quickly spread across the world. After months of courtship, Chris appeared to have lost interest as their passion quickly cooled. After a while, the two were seen together again, and rumours circulated that they were reuniting. What transpired between Annabelle and Chris is unknown, but their romantic connection didn’t continue long. Soon later, gossipers said that the British rock singer was once again single.

As of 2017, Chris was dating ‘Fifty Shades of Grey actress Dakota Johnson; they met in October of that year after being introduced by mutual friends. Despite some ups and downs and problems, the pair has survived two years of dating. Gwyneth acknowledged in a candid interview with Harper’s Bazaar that she loved her ex-new husband’s girlfriend, but Chris allegedly split with Dakota in 2019. While no explanations were offered for their breakup, rumour suggests Dakota was not ready to have children.

Shortly after their breakup, rumours circulated that he had kissed Dua Lipa backstage at Glastonbury! Dua and Chris both rejected the report, insisting that they never kissed and are only friends. However, because both had just reconciled, gossip columnists had a field day spreading rumours about the Coldplay frontman and the ‘New Rules’ emerging star. 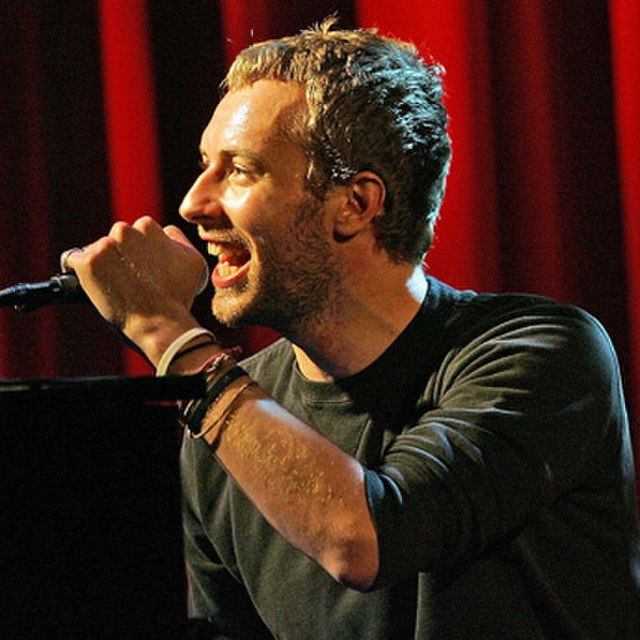