Who is Avril Lavigne Dating?

With her alternative, edgy songs, pop-punk singer Avril Lavigne is credited with defining much of the 2000s for teens. Although the award-winning singer has evolved since her “Sk8er Boi” days, her current album, “Love Sux,” captures the nostalgic sound that first endeared audiences to her. The singer has stayed active in the music industry throughout her career, but few people are aware of her romantic relationships because she has kept them mostly private throughout the years. Mod Sun, a singer-songwriter and music producer, is now engaged to Lavigne. They met while working on his record “Internet Killed the Rockstar” in 2021, and have been inseparable ever since. Mod Sun isn’t Lavigne’s first music-industry affair; in fact, she’s been associated with a few well-known individuals in the past. Here’s who the singer has dated in the past, from Brody Jenner to Nickelback’s Chad Kroeger.

Mod Sun, a musician and rapper, is Avril’s most recent lover. Both romantically and musically, the two appear to be a great combination. Avril and Mod Sun made their red carpet debut at the MTV VMAs in matching tartan, and their collaborative track ‘Flames’ was released in January. Avril is frequently seen on her boyfriend’s Instagram profile, typically with cute messages.

While working on her album, Avril Lavigne, in 2012, Avril met singer-songwriter, Chad Kroeger. The previous couple had an instant connection. They agreed to marry after just dating for a month, with Chad anxious to marry, and married in an intimate ceremony in the south of France in July 2013, followed by an extended honeymoon in Portofino, Italy. The pair announced their divorce in September 2015, and the marriage was legally dissolved a few months later. ‘It is with a sad heart that Chad and I announce our separation today,’ Lavigne said on Instagram at the time, breaking the news of their divorce to her Instagram fans. We’ve produced many amazing moments not just via our marriage, but also through our music. We are still and always will be the greatest of friends, and we will always have a strong bond. Thank you very much for your support, family, friends, and fans.’

Avril’s friendship with the Kardashians has lately made headlines, but she has a long history with the reality star family. Avril began dating Brody Jenner, 38, the star of The Hills, in 2010. The couple dated for more than two years before calling it quits.

When Avril was seventeen years old, she met her first serious lover. Initially, she and her ex-husband Deryk Whibley, a member of the rock band Sum 41, were just friends, but two years later, they were romantically involved. The couple got engaged in 2005 and married a year later in a lavish wedding in Montecito, California, in front of 110 guests. The marriage, however, was not intended to continue, and Avril opted to end it after only three years. “I am glad for our time together, and I am grateful and happy for our remaining relationship,” she told her admirers in a statement. Whibley has now remarried, this time to model Ariana Cooper, whom he married in 2015. Lydon Igby, who was born in March of last year, is the couple’s only child.

Avril met That 70s Show star Wilmer Valderrama during her marriage to Deryk, and the two began an item after Whibley’s divorce. Avril and Wilmer were pictured together in the Los Angeles club Wonderland, yet their relationship was never officially recognized.

Avril also had a relationship with Jesse Colburn, a musician who had been a member of her band since the early 2000s. Between 2002 and 2003, the couple dated but eventually parted up. “He just wanted to go do his own thing and whatnot, and I mean, it happens,” Avril said of Jesse’s departure from the band in 2004.

Following her breakup with bandmate Jesse Colburn, Lavigne is alleged to have had a short romance with record producer and musician Mitch Allan in late 2003. He continues to collaborate with Avril on her songs, most recently on her Christian rock-inspired album Head Above Water.

When Avril began dating rich Dole Foods heir Justin Murdock, she strayed slightly from her musician/rocker dating style. In late 2009, they started dating and began spending a lot of time together. “Avril and Justin have gone to Hawaii together, but they’ve primarily been holed up at his apartment,” a source revealed. “Avril has had a crush on Justin for a long time.” However, by early 2010, things between them had not worked out, and their brief relationship was over. 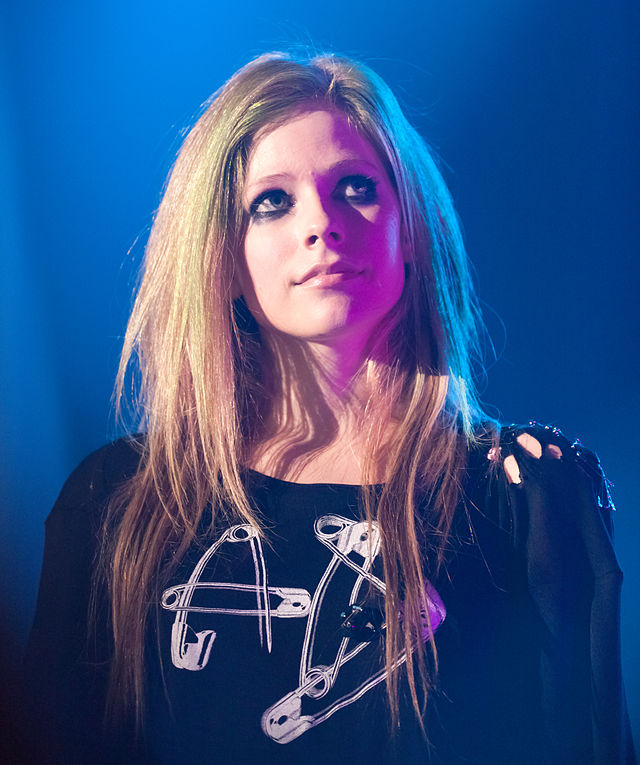