Who Is Karrine Steffans Dating?

Karrine Steffans has come a long way from her humble origins on the thirty-mile island of St. Thomas to her current residence as a New York Times best-selling author in Los Angeles. Confessions of a Video Vixen, her memoir published by Harper Collins Publishers, captures the first 25 years of her complex yet exciting previous life and lifestyle, making a biography all but unnecessary. Since Confessions’ premiere on June 28, 2005, almost everyone has been talking about Karrine and her fascinating story. Keep reading to learn more about Karrine Steffans.

Confessions of a Video Vixen

Karrine Steffans was born on August 24, 1978 in St. Thomas, U.S. Virgin Islands. She is an actress and former performer in hip-hop music videos.

She is the author of Confessions of a Video Vixen, a 2005 memoir about her life in the commercial hip-hop scene that became enormously popular for its graphic depictions of her sex encounters with various superstars. The book was a New York Times bestseller. The best-selling book on AALBC.com overall right now is Confessions.

Along with many other media sources, Karrine has been sought out by Paula Zahn, Donny Deutsch, Tyra Banks, Bill O’Reilly, and the queen of daytime herself, Oprah Winfrey. She has even given a satirical editorial to HBO’s Real Time with Bill Maher. Karrine has joined the Hachette Book Group USA/Grand Central Publishing (previously Warner Books) family after receiving a sudden boost in popularity and signing two publishing deals for three more books.

The Vixen Diaries, a continuation of Karrine’s ongoing memoir and a September 2007 New York Times bestseller, is her first project with Hachette. In order to help undiscovered authors break into the publishing industry, Karrine established her own imprint in March 2007 with the suitable name, Steffans Publishing. Through SteffansPublishing.com, Steffans Publishing receives hundreds of synopses each month, and Karrine and her team carefully review each one. The major publishing houses with which Karrine is associated and in contact have received synopses that are deserving of being turned into a published text.

Karrine’s debut article for XXL Magazine’s October 2008 issue has added magazine contributor to her resume. The piece gives readers a look inside her often reported on but misunderstanding relationship with musician Lil’ Wayne.

Karrine has also signed her third publishing contract for her fourth book and is still courting radio, television, and cinema companies in an effort to find the most ideal scenario and chance to develop and grow her brand. Additionally, she will be a part of a reality show for a significant cable network that will be revealed later. More than 6,000,000 visits to her personal website, Karrine.com, since July 2007 attest to her expanding pop culture influence.

Who Is Karrine Steffans Dating?

Karrine has always yearned for loving relationships and is captivated by luxury. When she was just 17 years old, she first fell in love with the iconic emcee Kool G Rap. Even better, they were wed and lived happily ever after for a while. They divorced in 1999, just two years into their marriage. After five years of dating, the couple now have a son they both share, named Naim Wilson.

Ms. Steffan is well known for her connections to numerous well-known celebrities, including Fat Joe, Ghostface Killah, Method Man, Mos Def, and many more. Since she has never acknowledged being bisexual in public and has primarily displayed her straight side, she is likely a closet bisexual.

Superhead engaged in conflict with Da Brat and Missy Elliott as well. In 2009, she and renowned black sitcom actor Darius McCrary were legally wed. She and he were married for just two years before divorcing once more in 2011.

She is a woman who enjoys companionship and romance, and later that year, just after divorcing Darius McCrary, she weds Damian. They also had a second child, whose name has not been disclosed.

She fell in love with Columbus Short, a well-known scandal celebrity and her ex-boyfriend, after divorcing Damian. She and her ex-boyfriend Rotimi’s experience with miscarriage in 2018 sparked a contentious rumor about it as well. However, she later came to terms with the fact that it actually occurred three years ago.

The longest relationship, which lasted for almost eight years, was with the rapper Lil’ Wayne.

She is a caring and encouraging person, and as a result, she has been successful in finding several boyfriends.

The Hollywood star got remarried only three years after his first marriage ended in divorce. In 2009, he married Karrine Steffans. In the US, Karrine is also a well-known personality. She is an actress, model, and author, according to Famous Birthdays.

Surprisingly, her Vixen novel series was the top-selling one. Darius was not the first man in Karrine’s life because she was the second wife of Darius. Steffans, who has a son with her lover, Nathaniel Wilson, was engaged to him. Native American Darius McCrary is a man with various talents.

Now, going back to Steffans and McCray, their marriage also did not last long; after three years of marriage, they divorced in 2011. Additionally, the couple is childless. Their primary cause of separation is still a mystery, and it has not been made public in any media.

Karrine Steffans is a living example of the benefits of change and the healing power of confession, but she is also a testament to the proverb “to whom much is given, much must be required,” as well as to her own proverb “just because you may have started out wrong, doesn’t mean you won’t end up right.” 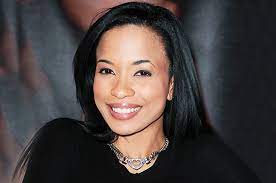