Who is Harry Styles dating?

Harry Styles has always been in the public eye for a long time, and he has always been a heartthrob. He achieved a lot since being famous, and he’s had very highly regarded people at his side all along the way.

Take a peek back at Styles’ dating history by scrolling below!

Who has Harry Style Dated?

They met on the X-Factor when she was a presenter. They began dating when Harry was 17 and Caroline was 31 years old.

“Things started to go bad when Harry was seen leaving my house one morning. It was open season once it got out,” she wrote. “After that, everyone could say whatever they wanted. People started calling me a pedophile and a pervert on the street.” She started receiving death threats from One Direction fans, which caused the two to break up.

Harry moved on with American model Emma Ostilly after his breakup with Caroline. In New Zealand, the two were seen kissing. She later starred in the music video for One Direction’s “Gotta Be You.”

Harry was supposed to be dating the British actress in 2012, but she didn’t acknowledge the relationship until 2014. Reveal Magazine quoted her as saying, “We never had a boyfriend-girlfriend relationship.  We had a short-lived prank that was just mildly amusing. Then we parted up and went our separate ways.”

Harry had a very busy year in 2012. He also dated Caggie Dunlop, the star of the reality show “Made in Chelsea,” for a short time during that year.

Given that we have photographic evidence of their second date in Central Park, it’s difficult to forget about this two pop stars’ short-lived relationship. There’s also the fact that, depending on who you ask, there are somewhere between four and six songs about the two singers’ relationship. Many people believe “Style” and “Out of the Woods,” as well as “I Knew You Were Trouble” as well as “I Wish You Would,” are about Haylor. All of these songs prompted Harry to answer in 2015 with his song “Perfect.”

The Sun alleged that harry had hooked up with the lead singer of the Pussycat Dolls in 2013. Nicole, who was a judge on X-Factor when Harry was on it in 2010, was 35 years old when the two first met, and Harry was 19 years old.

In 2013, singer Rod Stewart confirmed Harry and his daughter’s relationship when he remarked, “In the morning, his car arrived. Let’s put it like this: But he could have merely stopped over to pick something up.

They had a tumultuous history, which began when the two were first seen having dinner in Los Angeles in November 2013. They apparently parted up in February 2014 after a short relationship. However, they couldn’t stay apart for long.

They were pictured canoodling on a yacht on New Year’s Eve after a brief romance the previous year. In September 2016, the two were photographed eating dinner together again, sparking speculation that they were rekindling their relationship; however, nothing was ever confirmed.

Gigi and Bella Hadid’s step sister was said to be dating Harry after the two were seen together at a pumpkin patch in October 2014. However, the relationship never seemed to take off, which is most likely due to the 12-year age gap.

Harry’s first attempt into dating Victoria’s Secret models was with Nadine. In November of 2014, the two were first seen together. Despite the fact that they were photographed on numerous froyo dates and things appeared to be becoming serious, the two parted in March 2015.

Harry couldn’t get enough of the VS models, it seems. In 2015, he was photographed kissing a Portuguese model in New York. Sara was seen leaving Harry’s hotel the next day wearing the same clothes she wore the night before. What an embarrassment!

In October of 2015, Harry had a brief relationship with a model from New Zealand. She shared a Snapchat video of the two playing Scrabble together.

Despite the fact that their relationship was short-lived, many believe Harry’s song “Kiwi” is about the model because Kiwi is a frequent nickname for New Zealanders. Georgia stated she didn’t “really know anything about it” when asked about it, adding that she “certainly don’t have a baby that’s what the song is about.”

Harry was seen leaving fashion stylist Pandora Lennard’s residence after spending the night during his suspected on-again, off-again relationship with Kendall. This comes after Khloé Kardashian revealed Harry’s romance with Kendall a few weeks ago. Even if Kendall and Harry are no longer together, we hope that the story of Harry cheating isn’t accurate!

Harry had a brief romance with Tess Ward, a chef and food blogger, in the spring of 2017. She ended their relationship in June in order to reunite with her ex.

Camille Row, a Victoria’s Secret model, was Harry’s most recent girlfriend. Fans noticed Harry’s voice in Camille’s Instagram story, which sparked rumors about their relationship. Harry introduced Camille to his family when they were dating. He’s also been seen holding her pocketbook, which is cute. Unfortunately, after a year together, the two broke up.

According to a Harry Styles fan account, the two exes were photographed out and about in Los Angeles together, indicating that they are still close. Fans were shocked to learn that they had eaten lunch together, leading to speculation that they were back together.

When reports about their dating surfaced in early 2019, Kiko promptly debunked the claims by tweeting that she had never met the singer.

Kiko’s cover was exposed, however, when she was seen at Harry’s 25th birthday celebration in Tokyo the following month. In an Instagram video, she can be seen celebrating with Harry, and while the two don’t appear to be very close, they certainly know each other.

When they attended a wedding together in January 2021, they made their romance public. According to People, the couple has been dating for a while and they have gotten serious quickly and have an intense connection and rapport.

They are currently spending time in London together. Jason Sedeikis, Olivia’s ex, is presently filming the second season of his program, Ted Lasso, in the city, so the couple was able to keep their kids together while spending time with their new partners. They are having “a terrific time in London and Harry has been showing Olivia “some of his favorite sites” in the city. 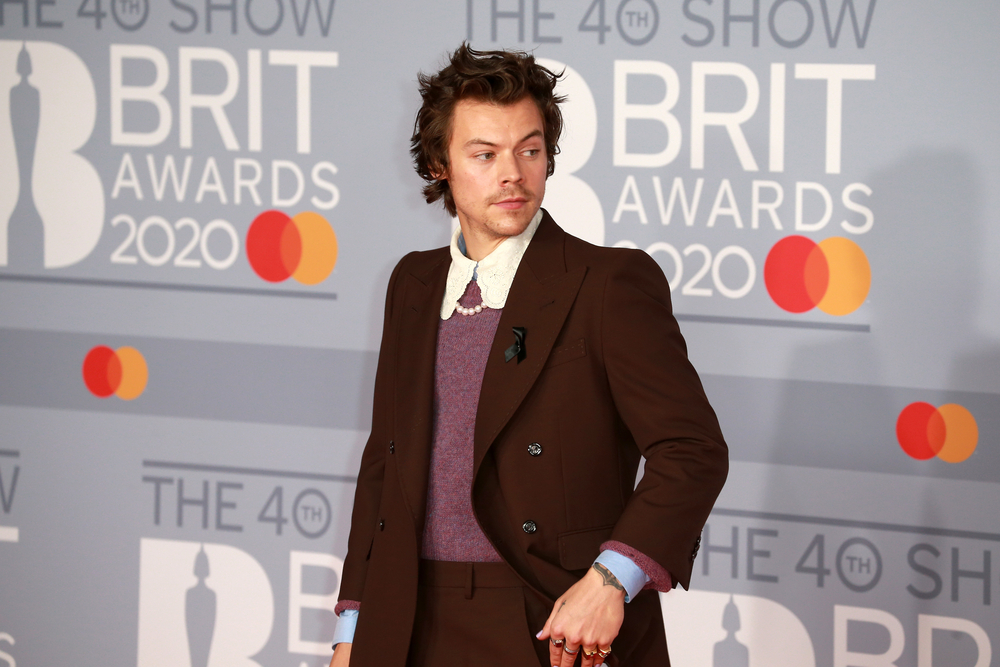