Who is Anderson Cooper dating?

Anderson Hays Cooper is indeed a journalist, author, as well as television personality from the United States. Anderson Cooper 360° is his CNN news show’s primary anchor. His show is usually broadcast live from a studio in New York City, but he also broadcasts live on location for breaking news stories. He also hosted his own eponymous syndicated daytime talk show, Anderson Live, from September 2011 until May 2013. He served as an intern for the Central Intelligence Agency before getting into the media.

He is the host of the news program Anderson Cooper 360 and has been in films such as “Batman v Superman: Dawn of Justice” and “The 33.” Cooper, one of the most well-known openly homosexual journalists, came out in 2012, saying, “I have given people the wrong idea that I am attempting to hide something—something that makes me uncomfortable, ashamed, or even terrified.” This is upsetting since it isn’t correct. The fact is, I’ve always been homosexual and always will be, and I couldn’t be happier, more at ease with myself, or prouder.”

Who is Anderson Cooper dating?

Anderson Cooper, like other celebrities, prefers to keep his personal and love life private, so come back often as we will continue to add new dating news and speculations to this page.

He’s kept silent about his boyfriends since then, only addressing rumors on odd days. For a long period, he was linked to Benjamin Maisani, however the couple announced their split in 2018. So, who is Anderson’s current partner? He has remained silent on the matter, but rumors are circulating that he has moved back in with his ex-partner Benjamin during COVID-19.

They had been dating for nine years. They took their time publicly addressing their separation.

A spokesman for Anderson told USA Today in a statement, “Benjamin and I broke up as boyfriends a while ago. We are still family and have a great deal of love for one another. We are still the greatest of friends and will spend the rest of our lives together.”

Although the announcement was made in March 2018, it’s probable that they split up in 2017. Benjamin last featured on Anderson’s Instagram account in May of 2017. Anderson has been linked to Victor Lopez, a 36-year-old doctor, after their divorce. The reported pair began dating in early 2018, but before the end of the year, they had broken up.

Anderson announced the birth of his son, Wyatt Morgan Cooper, on April 30. According to him, “It has been a trying moment in all of our lives, and there will undoubtedly be more difficult days ahead. I believe it is especially crucial to hold on to moments of joy and happiness amid difficult times. We are blessed with fresh life even as we lament the loss of loved ones. There is a new love.

On Monday, April 27, 2020, Wyatt was born via surrogacy. His ex-partner did not share Anderson’s desire for a child. According to insiders close to Us Weekly, Anderson and Benjamin agreed to restart their relationship just before Wyatt was born.

While some speculate that Anderson has reconciled with Benjamin, he dismisses the claims.

Although Us Weekly reported that Anderson and Benjamin reunited in 2020, it’s unknown whether or not these speculations are accurate. According to Us Weekly, “They reconnected privately and are making plans for the future. Ben is selling one of his clubs and limiting his nighttime activities in order to spend more time with Anderson and the baby.”

While part of this is conjecture, they did return to living together to co-parent Wyatt. Anderson announced that he and Benjamin are living together on Ellen on February 11, 2021. “We really still live in the same house because we get along so well and… yeah, it’s crazy, but it works well,” he explained.

This does not, however, imply that the two have reconciled. Anderson replied emphatically, “No, that’s not going to happen,” when Ellen questioned if they would get back together. He did reflect a little about their relationship, adding, “It’s strange because he wasn’t sure he wanted to have a child at first — which is probably one of the reasons we split up — but then he changed his mind. He’s such a wonderful father now.”

Anderson Cooper stood by as his mother’s casket was placed into a hearse from an Upper East Side funeral home ahead of her burial service.

Cooper was accompanied by his ex-boyfriend Ben Maisani as he attended Gloria Vanderbilt’s funeral preparations earlier in the day, little over a year after revealing his divorce from his almost decade-long partner.

Julio Cesar Recio, who used to be in a relationship with Cooper from 2004 to 2009, the same year he met Maisani, was also present.

Cooper said that he’d been “wearier than he’d ever been” since becoming a father, but claimed he “wouldn’t change it for the world.” He said that he regularly breaks down in tears when he sees his young kid, spilling additional secrets from his personal life.

He admitted, “I cry at stuff I’ve never sobbed over before.” “And Benjamin, I’ve never seen him cry before, but I couldn’t believe how emotional he becomes when he’s around Wyatt. I’m finding myself overcome with emotion, which is a great thing.” According to a People story, Cooper has stated that he is open to extending his family in the future! “I think I need to get some more sleep and clear my thoughts, but I think having a brother or sister for Wyatt would be wonderful one day.”

“There’s something about having a child that makes you feel connected to what’s going on, and you want to make sure that the world this child grows up in is a better one,” he previously stated. You’ve suddenly become considerably more concerned about our collective future.” 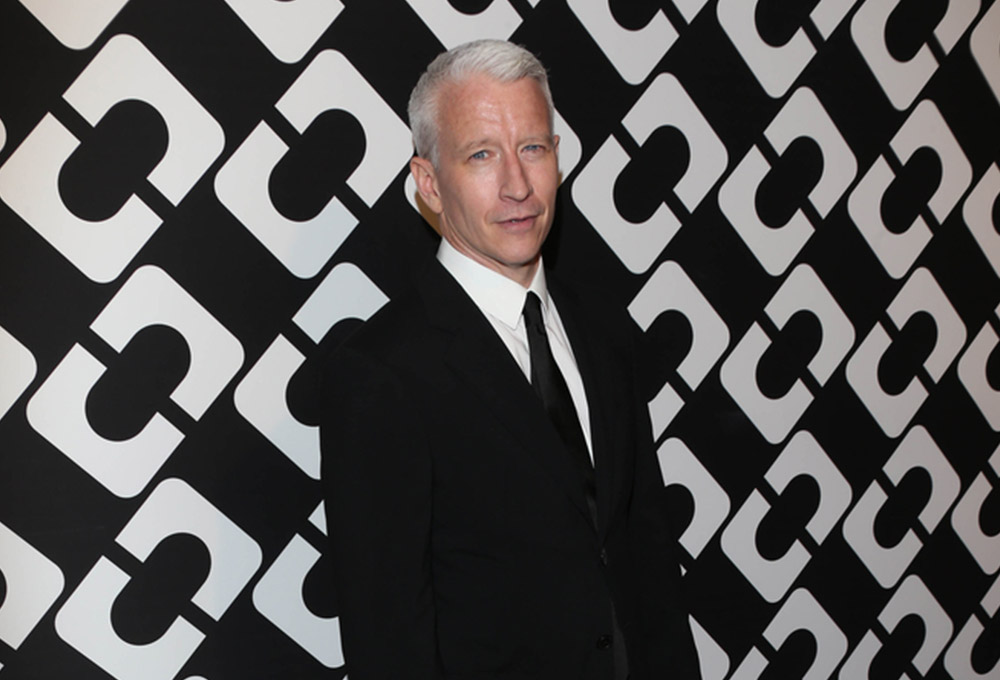